In Berlin, refugee organizations bemoan ″failure of governments″ | Germany| News and in-depth reporting from Berlin and beyond | DW | 12.07.2016

Most EU governments have failed to share responsibility in the refugee crisis - and done too little to counter xenophobia, in a crisis that "won't be going away anytime soon," according to leading aid agencies. 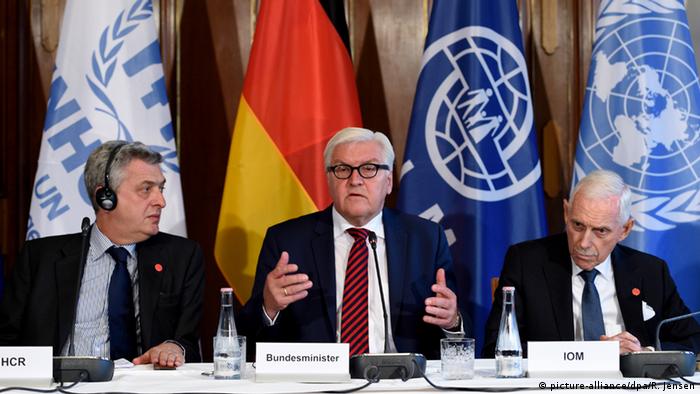 Villa Borsig, Germany's picturesque guesthouse surrounded by pristine lawns overlooking a normally tranquil lake, was bustling with police vans and motorbikes on Tuesday morning: Inside, representatives of international aid organizations had gathered to discuss ways out of the current refugee crisis, which, participants agreed, wasn't going to go away anytime soon.

According to UN estimates, more than 65 million people - more than ever before - have fled their homes, many of them children. "Forced migration will remain a megatrend of our time," William Swing, Director General of the International Organization for Migration (IOM), told journalists gathered inside one of the villa's opulent rooms.

But, Swing said, the world was not dealing with a crisis of migration, but rather "a crisis of union and leadership."

While Germany under Chancellor Angela Merkel had taken the "courageous and visionary decision" to open its borders to those fleeing the turmoil and war in the Middle East, he continued, most European governments had failed to follow her lead. Worse still: They had failed to counter an "unprecedented anti-refugee xenophobia". 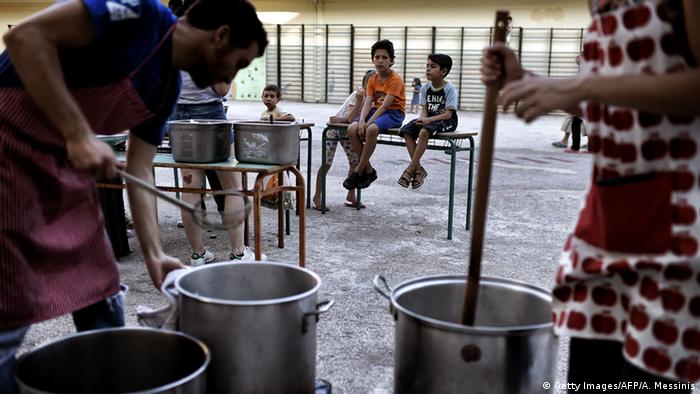 Peter Sutherland agreed: It was an "absolute disgrace," the United Nations Special Representative for International Migration said, that the Pope had brought in more refugees on a plane from a Lesbos than the majority of European countries. Rather than sharing the responsibility and taking in migrants, many European governments "are playing up the nationalist card", he added, referring the surge of anti-refugee sentiment in many European countries, which has boosted populist parties across the continent.

Governments had to understand, Swing added, that large-scale migration was "highly desirable if we have the right policies in place." After all, Europe, given its low birth rates, would in the near future need at some ten million workers, the EU's Commissioner for Migration, Dimitris Avramopoulos said.

"The international community has to agree on how to steer migration," German Foreign Minister Frank-Walter Steinmeier added.

Global database to be set up in Berlin

As a first step, the representatives agreed to set up a global database to better understand and address the movement of refugees and migrants. The database will be established at the German office of the IOM and receive funding from the German government, according to Steinmeier.

Participants, who included representatives of the United Nations refugee aid agency UNHCR, the IOM as well as the Red Cross and Red Crescent, also agreed to cooperate better in the field of targeted information campaigns in the refugees' countries of origin, such as Afghanistan.

The German government, Steinmeier explained, had made "positive experiences" with such campaigns, which target groups of people considered most likely to migrate via social and traditional media. The aim, Steinmeier explained, was to try to counter their "misconceptions" about life in Europe and warn them of the dangers of embarking upon an illegal route.

Participants also agreed on the need to establish regular channels of resettlements, while at the same time calling on countries to "fully respect their obligation under international law to readmit their own nationals."

Germany has in the past struggled to repatriate rejected asylum seekers to such countries as Algeria and Morocco, which have often dragged their feet when it comes to issuing travel passes to their often undocumented citizens.

The representatives also called on the private sector to do more to integrate refugees and migrants: Jobs and employment, they agreed, were important factors for integration. But so far, "business is not doing enough", Peter Sutherland said.

It was also important, Steinmeier added, that migrants learned valuable skills they could put to use once they returned home.

But, he said, “we're not here to tell you that we're close to solving the problem." Rather, he added, "the challenges are likely to grow.”

Leaders of Britain's "Leave" campaign quit their jobs after achieving their Brexit; Alternative for Germany is imploding. The EU's so-called populists are making fools of themselves, DW's Kay-Alexander Scholz writes. (10.07.2016)

Espelkamp is a town that was founded by refugees after World War II. How have new, mostly Muslim residents been received? Volker Wittig reports. (10.07.2016)