Muslim parents had alleged that sending their daughters to compulsory swimming lessons violated freedom of religion. The ECHR ruled that Swiss authorities were within bounds to deny an exemption. 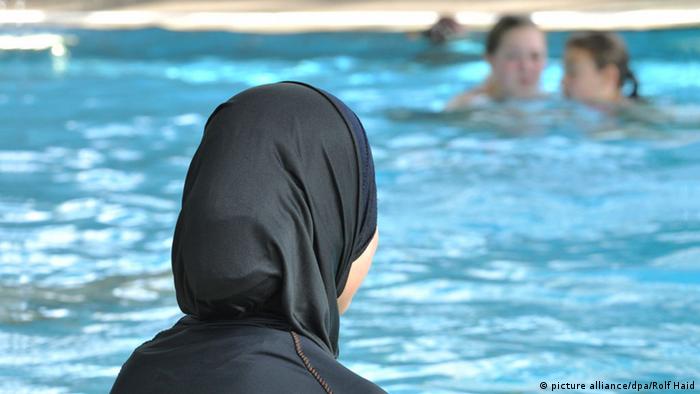 Switzerland did not violate freedom of religion by denying two Muslim students an exemption from compulsory mixed-gender swimming classes, the European Court of Human Rights (ECHR) ruled on Tuesday.

The case concerned the refusal of Muslim parents of Turkish origin, Aziz Osmanoglu and Sehabat Kocabas, to send their two daughters to compulsory mixed-gender swimming classes as part of school curriculum and the refusal of authorities in Basel to grant an exemption on religious grounds.

The parents alleged that the swimming classes were contrary to their religious convictions. At the time in 2010, the two girls had not yet reached puberty, a factor the court took into account - they would not have been obliged to participate if pubescent.

The ECHR found that while religious rights were at issue, the children's education and successful social integration "according to local customs and mores" took precedent over the parents' desire to have their daughters exempted from swimming lessons.

"Swiss authorities had given precedence to the children's obligation to follow the full school curriculum and had not infringed the right to freedom of religion," the court said in a press release.

Schools have "a special role in the process of social integration, and one that was all the more decisive where pupils of foreign origin were concerned," the court said. Noting that states have "considerable discretion" in teaching and education, the court said Switzerland was "free to devise their school curricula according to their needs and traditions."

"Sports education, of which swimming was an integral part in the school attended by the applicants' children, was of special importance for children's development and health," the court said.

The court further found that children's interest in attending swimming lessons was not only to learn to swim and do physical activity, but "above all to take part in that activity with all the other pupils."

In making the ruling, the court took into account warnings from authorities issued to the parents before they received a fine of about 1,300 (1,376) euros. It also said authorities had provided sufficient flexibility to the parents, including options for their daughters to wear "burkinis" or to undress in unmixed areas.

The court also found that the parents had received fair legal proceedings in Swiss courts prior to their appeal application to the ECHR.

Many young Arab refugee women in Germany could face a backlash from their families if they pursue romantic relationships outside of marriage. How do the women themselves view the matter? (03.01.2017)

Switzerland's lower house has approved the draft bill by just a single vote. The vote could prove to be just symbolic, however, as a nationwide ban remains far from coming into force. (27.09.2016)