Switzerland's lower house has approved the draft bill by just a single vote. The vote could prove to be just symbolic, however, as a nationwide ban remains far from coming into force. 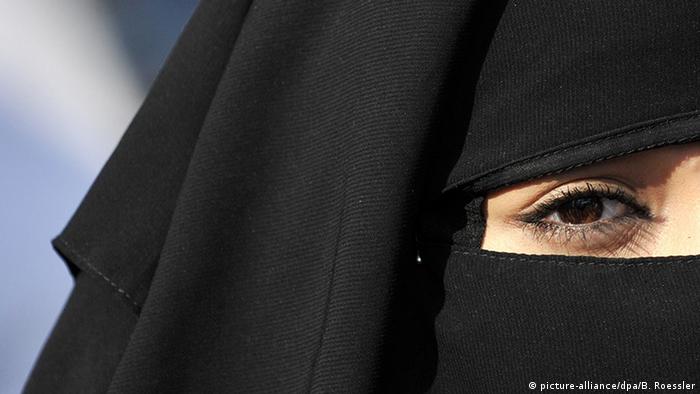 Bavaria has submitted a new proposal for a law primarily aimed at banning burqas and niqabs from the courtroom. The Bundesrat is due to vote on the initiative in the coming days. (21.09.2016)

A large number of young Muslims supports more conservative views of Islam, including wearing a full-face veils and polygamy, a study showed. But a majority of Muslims said they accepted France's secular laws. (18.09.2016)

5 clothing items you probably didn't know have been banned

Germany is debating a burqa ban. But such debates aren't new. Many clothing items have been banned over the course of history - and some might surprise you. (07.09.2016)

Merkel, God and the burqa

An international parliamentarian conference has found that more and more people worldwide are suffering from religious oppression. Has Germany made strides in that regard? Chancellor Angela Merkel has urged restraint. (14.09.2016)

Switzerland's lower house on Tuesday narrowly voted in favor of a draft bill to introduce a nationwide burqa ban.

However, despite the proposal winning 88 votes in favor, with 87 votes against, the measure still remains far away from coming into force.

The draft bill must now go before a commission of representatives from all 26 Swiss cantons. A vote in favor of a nationwide burqa ban is unlikely, since the commission ruled out such a proposal at the beginning of 2016.

Nevertheless, the right-wing Swiss People's Party (SVP), who put forward the draft bill to the lower house, has launched an initiative to collect the 100,000 signatures needed for a public referendum. The party has until September 2017 to collect enough signatures.

Walter Wobmann, a lawmaker for the SVP, said that the goal of the burqa ban was to "maintain public order and respect for the dignity of women."

Polls suggest that around 60 percent of Swiss voters support a ban on the full-faced veil. However, even if the proposal passed in a public vote, the Swiss government would still need to draft a legal proposal, which would then be subject to parliamentary approval.

Ticino is the only canton to introduce an outright burqa ban so far. The ban came into effect on July 1, after the first draft initiative was passed in the Italian-speaking canton three years earlier. Fines for wearing either a burqa or a niqab (where the face is covered but the eyes remain visible) range from 100 Swiss francs ($100; 92 euros) to 10,000 Swiss francs.

Of the Alpine nation's population of around 8 million people, an estimated 350,000 are Muslim. However, Switzerland has seen a number of disputes involving its Muslim minority in recent months. Muslim parents have been slapped with fines for not allowing their daughters to partake in swimming lessons, while cases of male Muslim students refusing to shake the hands of their female teachers have also received national press coverage.

Switzerland is not the only country caught in a heated debate over religious liberties in light of increasing anti-Muslim sentiment. French resorts around the Riviera introduced a controversial ban on the burkini, a full-body Islamic swimsuit, following the Bastille Day truck attack in July that killed 86 people.

France and Belgium are so far the only countries to introduce national bans on full-face veils. Regions in Italy, Spain and Russia have also banned religious attire, such as face veils and headscarves.