A senior official with the European Central Bank has said that he expects the inflation rate in the eurozone to turn negative next year. However, he also said he didn't expect this to develop into a long-term problem. 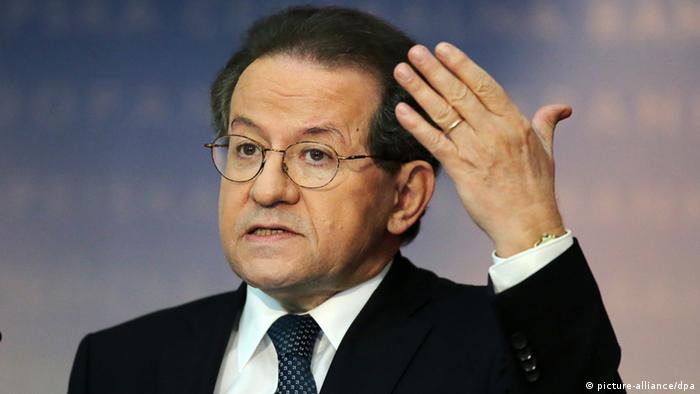 European Central Bank Vice President Vitor Constancio said the sinking inflation rate in the countries that use the European Union's common currency, the euro, was largely due to the sharp dip in the price of oil in recent months.

In comments made to the weekly German business magazine "Wirtschaft Woche" and released on Saturday, Constacio said the ECB's latest forecast of 0.7 percent in the eurozone for 2015, was already outdated.

"Since these projections were put together, oil prices have dropped a further 15 percent," Constancio said.

He added that the central bank needed to make use of all the instruments at its disposal to avoid what he described as "a dangerous vicious circle of falling prices, rising real wage costs, falling profits, shrinking demand and further falling prices."

Downward pressure to continue until 2018

He also noted that many economists, including those at the International Monetary Fund and the European Commission had predicted that the downturn in the eurozone would last until 2018, meaning that the downward pressure on the inflation rate would continue until then.

At the same time though, Constancio said even if the eurozone goes into negative inflation, this does not necessarily translate into deflation, which is seen as a problem in a modern economy.

"You'd need negative inflation rates over a longer period for that. If it's just a temporary phenomenon, I don't see a danger," he said.

He also said that rising productivity in some eurozone countries, such as Spain and Ireland could also help prevent deflation in the single currency area.

Professional forecasters surveyed by the European Central Bank have said inflation in the 18-member eurozone will stay lower than previously expected for some years to come. There's also little sign of growth. (13.11.2014)

Opinion: Eurozone has no answers to economic slowdown

Which is the way forward for the eurozone - saving or spending? The clash of opinions continues, and the new EU commission is to come up with solutions where the Brussels summit failed to deliver, argues Bernd Riegert. (24.10.2014)

Germany has echoed the European Central Bank's line on adopting further stimulus measures to boost the eurozone. Traditionally 'hawkish' in its monetary policy, the Bundesbank has just released a surprising report. (15.12.2014)