Germany has echoed the European Central Bank's line on adopting further stimulus measures to boost the eurozone. Traditionally 'hawkish' in its monetary policy, the Bundesbank has just released a surprising report. 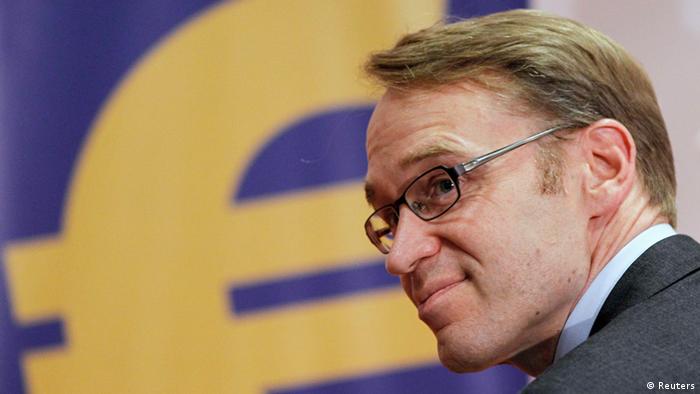 In its monthly report released Monday, the Bundesbank stuck closely to language used by ECB President Mario Draghi at his Dec. 4 news conference.

But the German central bank did not go so far as to openly support ECB plans to print more money in order to buy sovereign bonds - a practice known as quantitative easing (QE).

"The risks for the economic outlook in the euro area are on the downside," the Bundesbank said.

This would mean that at the beginning of the year, the "scope, pace and composition" of the ECB's monetary measures would need to be "changed."

ECB policymakers are debating whether to take fresh action to combat the threat of deflation in the eurozone, where inflation is running at 0.3 percent - far below the ECB's target of just under 2 percent. Economists are increasingly worried that plunging oil prices may send the eurozone into a deflationary spiral, which could depress consumption, growth and employment.

Deflation - When everything gets cheaper!

The language used in the Bundesbank's report surprised analysts because the German central bank's chief, Jens Weidmann, has been reluctant to endorse quantitative easing so far. Instead, Weidmann has pressed for more reforms in eurozone countries as the main tool for boosting growth.

"If the low crude oil prices continue, the projection for the HICP [inflation] rate for the coming year would have to be adjusted downwards by 0.4 percentage points," it added.

Falling oil prices would also lead to higher growth due to more spending by consumers and businesses.

The fall in oil prices continues unabated, with no end in sight. For many oil-producing countries, this poses a problem, but for countries like Germany, it presents an economic stimulus, says Henrik Böhme. (12.12.2014)

Inflation in Germany has failed to pick up, the latest data from the statistics office show. There's been a further drop in the rate, despite measures to reverse the trend and cater to the ECB's wishes. (11.12.2014)

Germany's central bank has lowered its growth estimate for the next three years. But following a phase of sluggish expansion, the Bundesbank expects growth to pick up as it finds the economy in a 'remarkably good shape.' (05.12.2014)