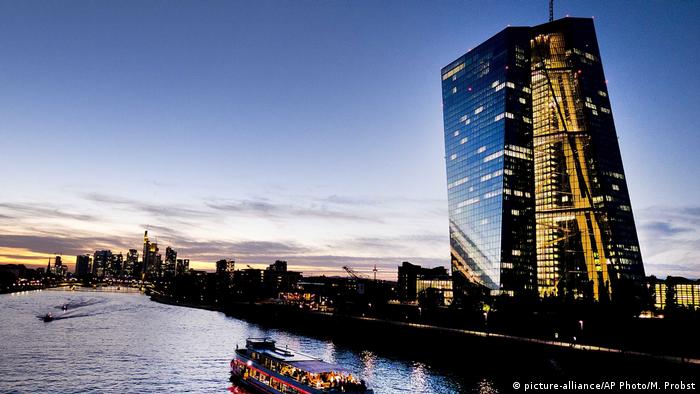 Mario Draghi is gearing up to deliver one last salvo of stimulus before he steps down as the president of the European Central Bank in October. But his plan to relaunch bond purchases as part of the package to shore up economic growth and inflation is witnessing a stiff opposition from other prominent eurozone policymakers.

The ECB's much-anticipated meeting on Thursday, which some expect to be the most consequential since a 2016 meeting where the ECB cut its deposit rate to -0.40% and significantly expanded its bond buying program, is taking place at a time the eurozone's economic powerhouse, Germany, is on the brink of a recession amid US-China trade tensions and uncertainty related to Brexit.

Markets are banking on Draghi's reputation of getting his way with the hawks in the bank's governing council. Nearly 90% of economists polled by Reuters predict the ECB will announce a return to quantitative easing (QE) after its meeting on Thursday.

The ECB is also widely expected to further cut its key deposit rate by 10 basis points to a record low of -0.5%. The rate cut is likely to be accompanied by a tiering system — a mechanism that partly exempts banks from paying to deposit their excess cash with the central bank — to compensate the lenders, who are already having to pay billions of euros to park their money with the ECB.

The other options in ECB's depleted toolkit include strengthening its outlook on policy by pushing back its timeline for a rate hike and provide cheap long-term loans to banks. 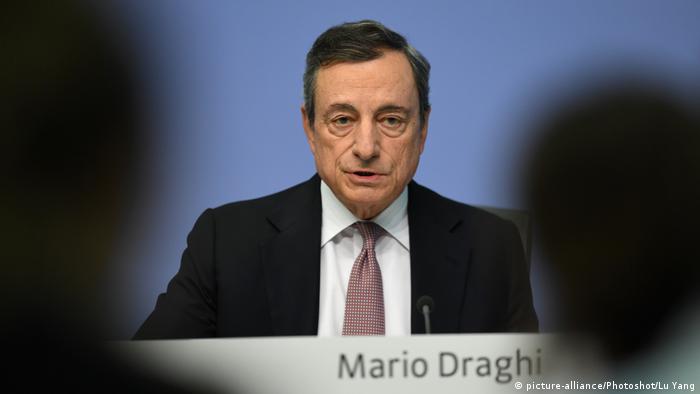 Several central bankers from across the eurozone have expressed their skepticism about the need for more quantitative easing, less than a year after the ECB ended its €2.6 trillion bond-buying program and signaled to completely wind down monetary support.

German central bank governor Jens Weidmann, a longtime critic of Draghi's bond purchases, has called for "special caution" with relaunching the program. The other doubters include central bankers from France, the Netherlands, Austria and Estonia — all of whom sit on the ECB governing council.

Sabine Lautenschläger, Draghi's colleague on ECB's executive board, is also opposing a fresh wave of QE.

The opposition from Lautenschläger and other governing council members has prompted analysts to scale back their expectations for QE.

"We think the probability of a package that includes QE has declined. First, commentary from Council members shows opposition to new QE," Deutsche Bank analysts wrote in a note. "Second, new QE that flattens the yield curve further would be counterproductive for banks."

Frederik Engholm, chief strategist at Nykredit in Copenhagen, says there are reasons to be skeptical of QE as an instrument to stimulate an economy.

"First of all, it seems the distributional effect is highly skewed towards the wealthier — and inequality is already an issue in the current expansion," Engholm told DW. "I also find that the instrument has limited effect. But as long as most other and more effective instruments are bound by EU rules (i.e. fiscal policy), I think we must use the instruments at hand."

Draghi introduced negative deposit rate in 2014 as part of his "whatever it takes" commitment to spur growth and ensure the common market did not slip into deflation. He followed it up with a record bond buying program that included purchasing both sovereign and corporate bonds.

The dovish policy had a big impact: eurozone growth picked up, the jobs market improved, and above all, the common currency survived.

But the stimulus program has struggled to drive inflation, which remains well below the bank's target of 2%. Experts are skeptical if fresh stimulus would help lift inflation expectations.

"It will make little or no difference. We have seen in the eurozone and around the world that inflation does not seem to respond to strong economic growth or falling unemployment these days," Andrew Kenningham, chief Europe economist at Capital Economics, told DW. "What's more, the world economy is more likely to slow than to accelerate given trade war and the evidence of a global manufacturing and trade downturn."

Running out of ammunition

With interest rates already in the negative territory and €2.6 trillion worth of bonds on its balance sheet, the ECB, many argue, is running out of ammunition and may not have enough firepower left in its arsenal to deal with a more severe downturn. They say fiscal stimulus by eurozone governments would be more productive in the current situation.

The experts are looking towards Germany, which they say is best placed to deliver such a stimulus, especially when it's staring into a recession and investors are willing to pay it to borrow money. There is a growing chorus calling on Germany, which enjoys a huge current account surplus, to shed its zero deficit policy and launch stimulus measures like investing on boosting infrastructure and digitalization.

"I think it is more accurate to say that although the ECB has ammunition (i.e. can cut interest rates even further and can buy more assets) these weapons don't seem to work. It is the same problem which the Bank of Japan has experienced in recent years," Kenningham said. "I agree with the consensus among economists that a fiscal stimulus would be more effective, and more suitable, at present."

Does Germany need a stimulus package to cope with recession?

German Finance Minister Olaf Scholz has been mulling an economic stimulus package, should Europe's largest economy slide into a full-blown recession. It would mark a departure from a policy of balanced annual budgets. (21.08.2019)

Germany: Angela Merkel's party to decide her successor in January

There are three contenders for leadership of Angela Merkel's center-right CDU party. The winner will be decided in mid-January.

As more Germans took to the streets in opposition to coronavirus curbs, Chancellor Angela Merkel promised more help for businesses affected by the new lockdown.