Eastern Ukraine witnessed 'most violent' week in over a year, says OSCE

Violence in eastern Ukraine peaked with more than 10,000 ceasefire violations a day, NATO officials said, citing monitors. The EU has announced a disbursement of 600 million euros to Kyiv for pursuing democratic reforms. 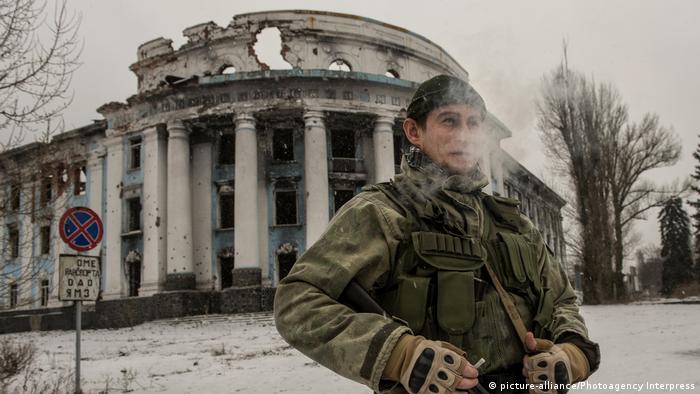 Eastern Ukraine last week witnessed the worst upsurge in fighting between Ukrainian forces and pro-Russia separatists in more than a year, the Organization for Security and Cooperation in Europe's (OSCE) monitoring mission said on Friday.

The latest upsurge in violence marked "the heaviest fighting in the past years," she noted in a joint press conference with Ukrainian Prime Minister Volodymyr Groysman.

"Since Russia's aggressive actions began three years ago, NATO has stood by Ukraine. This will not change," Gottemoeller said. "We must not accept this as the 'new normal.'"

A top rebel commander in eastern Ukraine has been killed in what local authorities described as an assassination. Mikhail Tolstykh joins a string of other warlords killed in bombings in recent months.

The question of Crimea

Gottemoeller affirmed NATO's commitment to Ukraine's territorial integrity, saying the alliance "does not, and will not, recognize the illegal annexation of Crimea."

In 2014, Russia illegally annexed the Crimean Peninsula in an internationally condemned referendum after pro-European protests led to the ouster of Ukraine's pro-Kremlin President Viktor Yanukovych.

Nearly 10,000 people have been killed and half a million children affected since the conflict erupted three years ago, according to UN figures.

The EU has committed more than 3 billion euros ($3.2 billion) in funds to balance public finances as it pursues democratic reforms and closer ties with its European neighbors.

"Over the last two or three years, Ukraine has been realizing reforms of a greater magnitude than those of the past 20 years," European Commission President Jean-Claude Juncker said after meeting Ukraine's prime minister. He announced Brussels will release 600 million euros to Kyiv "soon."

"We are supporting Ukraine, not only in its conflict with Russia, but more generally … We have a strategic partnership with Ukraine and our future relations will develop among these lines," Juncker added.

Visa liberalization between the EU and Ukraine is expected to go into effect in the summer, the European Commission president added.

NATO chief: ‘We are not in a Cold War’