The last Astra rolled off the production line at Opel’s plant in Gliwice in southwestern Poland on November 30. Now some fear the city will lose much of its economic bite. Can van production fill the gap? 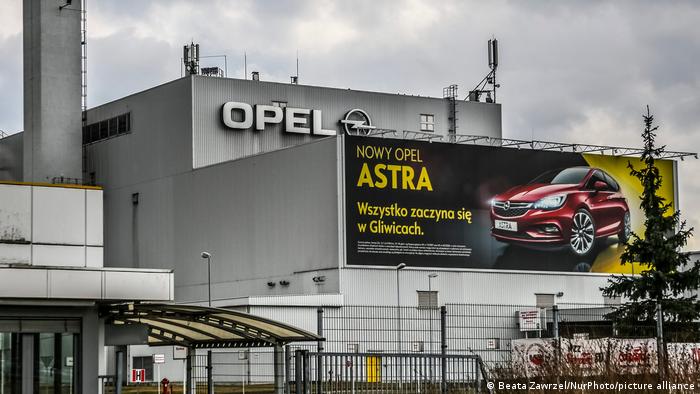 The factory in Gliwice produced its first passenger cars on August 30, 1998

Gliwice, a 177,000-strong city in the conurbation of Lower Silesia in Poland, has a long manufacturing history. But General Motor's (GM's) decision to start car production there in 1998 was seen as a real feather in its cap. Now, as former GM subsidiary Opel shifts production away from the town, some fear the local economy could be hit.

"It is highly likely that employment will stay the same and the local economy won't be unduly affected, but that depends on the actual implementation of a new Opel van-making factory in Gliwice," Doris Hanzl-Weiss, an economist at the Vienna Institute for International Economic Studies (WIIW), told DW.

The decision to end Astra production in Gliwice after 23 years was made in 2019, with production likely to be shifted to Germany.

"The decision seems to have been part of a reorganization of the overall group, not part of a wider trend and not so much to do with the factory in Poland," Hanzl-Weiss argued.

The contract for the construction of the future factory in the Katowice Special Economic Zone was finalized in May 1996 and Gliwice quickly became Astra's production center in Europe, with Ellesmere Port for sales in the UK.

The first car left the factory gate on August 31, 1998: The plant also produced models such as the Agila, Zafira and the Cascada convertible based on the fifth-generation Astra.

Production of the latest Astra model started in 2015, and in 2016, 201,000 units left the factory gates. Since then, output has been slowly decreasing.

Vans to the rescue

But all is not lost. The Stellantis concern, to which Opel belongs, intends to start mass production of delivery vans at the factory next to the Astra assembly plant from April 2022.

"The production phase of passenger cars in the Stellantis location in Gliwice is slowly coming to an end to enable the opening of a completely new one — the production of large vans," Andrzej Korpak, president of Opel Manufacturing Poland, said in an interview with the newspaper Gazeta Wyborcza.

The Opel Movano, Peugeot Boxer, Fiat Ducato and Citroen Jumper will roll off the assembly line — in different lengths and heights. The factory will also produce electric vans — 70% of delivery vans are planned to be electric by 2025.

Until April, the company will be testing systems, equipment operation and the speed of the production line. Opel is trying to attract workers currently posted to other plants, but the potential launch of a third shift would require hiring new people, Korpak said.

In recent years, Stellantis's SevelSud plant in Val di Sangro, Italy, has not been able to meet demand for the Peugeot Boxer, Citroen Jumper and Fiat Ducato. These models, along with the twin Opel Movano, will be produced in the new factory in Gliwice. 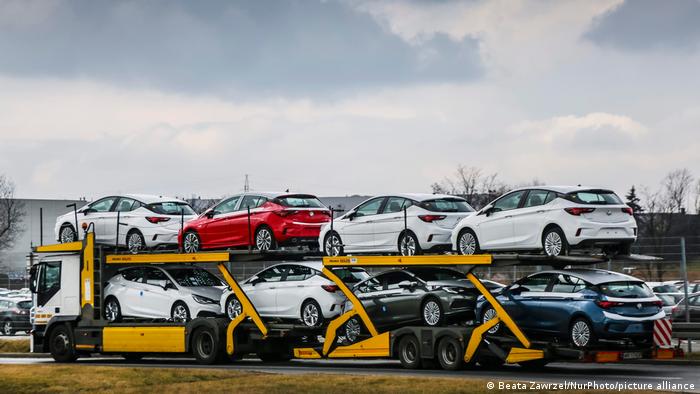 The auto sector is the second most important industrial sector in Poland, with a 10.4% share of GDP.

"The share of light commercial vehicles in automotive production in Poland is increasing," Lukasz Ambroziak, an analyst in the foreign trade team at the Polish Economic Institute (PIE), told DW.

Since Poland joined the EU in 2004, the country has specialized in three segments of the automotive industry: production of parts and components, buses (electric in particular) and light commercial vehicles. These segments have attracted the greatest amount of foreign direct investment," Ambroziak said. Niche car production like the Syrena also exists, but only on a small scale, and e-car production has some way to go.

Car factories in Poland operate within the framework of international concerns, Ambroziak notes.

"Their decisions result from their business models and cost optimization. The start of the production of vans in Gliwice is in line with Poland's specialization in the automotive industry and will enable an increase in the trade surplus in this segment," he explained, adding that Volkswagen van factories were already operating in Poland in Wrzesnia and Poznan.

Production of passenger cars in Polish factories, which was slowly returning to pre-pandemic levels in the second half of 2020, collapsed in January, when only 18,000 vehicles were made.

Interestingly, however, the slowdown has not affected car parts factories.

Production of car engines in the second half of 2020 was up 26% year over year, while 600,000 car batteries were manufactured in January, marking an 8.1% increase on the year.