Will Poland′s electric-vehicle revolution stall before it starts? | Business | Economy and finance news from a German perspective | DW | 18.08.2020

Will Poland's electric-vehicle revolution stall before it starts?

State-owned Polish company EMP has recently unveiled Poland's first electric car, the Izera, which is set to start rolling off production lines in 2023. But some believe it might not happen at all. 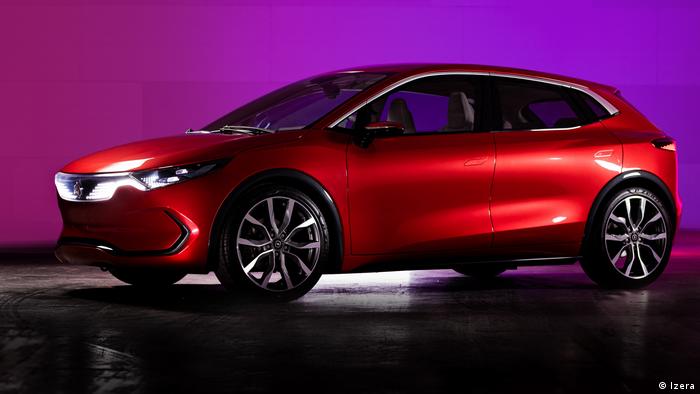 Poland's state-owned firmElectroMobility Poland (EMP) unveiled plans in late July to open an electric-vehicle production line in the southwestern region of Silesia in the middle of next year. Poland has had no national carmaker since the closure of FSO Polonez in 2002, which went under after state subsidies from the communist era were pulled.

When EMP was founded in 2016, Poland's Prime Minister Mateusz Morawiecki announced that his government was planning to bring one million electric vehicles (EVs) on Polish roads by 2025, saying "this is our moment, this is our time."

At the same time, Morawiecki was quite aware of the challenge ahead for Poland to follow in the footsteps of Turkey, Vietnam and Russia, who all said they wanted to create a national electric-car brand of their own. "Are we able to leap and surf on this fourth wave of the economic revolution which is before us?" he asked rethorically. 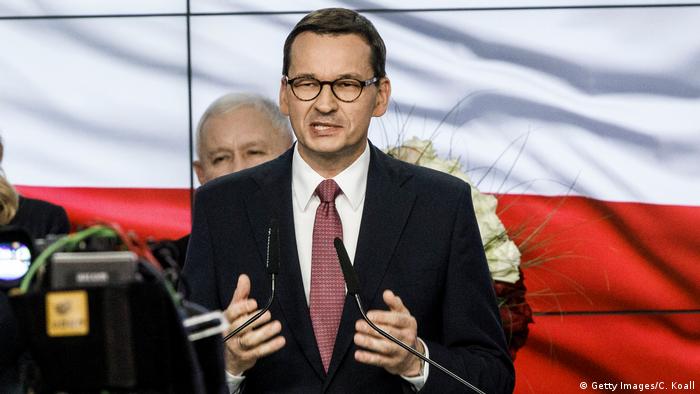 Malgorzata Krolak, director of the EMP project agency, hopes the Polish carmaker will be ready to roll its first Izera cars off production lines in 2023, with the car coming in two models: a hatchback and an SUV. Their prices would be "affordable for the average Polish driver," and technical parameters would be similar to other electric cars, she said.

According to EMP, the cars will have a range of 400 kilometers (240 miles) on a full battery, acceleration from 0 to 100 km/h in eight seconds, and the battery will recharge up to 80% in 30 minutes. EMP enlisted the help of German firm EDAG and Italian stylistic studio Torino Design.

"This is a golden opportunity to create a specialized Polish field based on our own solutions that will be able to compete with other players in the global market," Malgorzata Krolak said, adding she expects the project to create 3,500 jobs initially, and a further 3,000 at a later stage. Moreover, the government hopes for a boost to Poland's domestic electricity, Information Communications Technology (ICT) and mechanical engineering sectors from EV production.

Poland is already home to one of the largest battery plants in Europe and Mercedes-brand owner Daimler said in January it will open its own battery plant in Poland. Meanwhile, two European banks are promoting the electric car industry with an investment in the new plant in central Poland.

A little car that came a long way

"It is great that Poland is trying to embrace e-mobility and use it as a way to escape the middle income trap and move up in the international value chain," says Rafal Bajczuk, senior policy expert at the Electric Vehicles Promotion Association (FPPE). "However, when you look closer at the development in e-mobility in Poland, you realize that no real actions are following the bold rhetoric," he told DW.

Bajczuk believes this was a political decision, not a business one and that the governing Law and Justice (PiS) party is far less enthusiastic about it than it was in 2016. He notes that no system of monetary incentives has been put in place. "Basically only enthusiasts of e-mobility are buying these vehicles."

The Polish government has so far launched only a small program for car subsidies that were available only in the month of July this year. It was targeted primarily at private consumers, but Bajczuk says, about 80% of the new cars were sold to companies.

Financing for the new e-car project hasn't been budgeted by the government yet, but industry sources have floated a figure of €1 billion ($1.1 billion) needed to get it off the ground.

"There are some issues that may delay the development of this undertaking. The key issue in this respect is financing," Piotr Ciolkowski, a partner in the Energy Projects Department in CMS Warsaw told DW.

The largest financial backing comes from four state energy companies PGE Polska Grupa Energetyczna, Energa, Enea, and Tauron Polska Energia, each holding 25% of EMP shares. But the financial condition of these electric utilities has deteriorated, as they are heavily reliant on coal, which is getting less economically viable.

Construction of the manufacturing facility will cost about 4 billion zlotys (€920 million, $1.08 billion). EMP shareholders are expected to finance at least 3 billion zlotys of the total investment, and no banks have yet stepped in to help with financing.

Bajczuk thinks that despite the commitments, financing is still rather uncertain, and likely to be not the only problem facing the project. "There are more unknowns than knowns about the project. We don't know anything about the technological part of the car: what platform, what batteries, engine etc. and who will actually construct the car and build the factory."

EMP hasn't decided yet on what platform it wants to manufacture the car's chassis and motor. The company said it's currently in talks with Volkswagen over its MEB platform, as well as with Toyota and Hyundai, offering their e-TNGA and E-GMP platforms respectively.

Wojciech Jakobik, editor of Biznesalert, thinks the problems surrounding the e-car project are also the result of changing government policy.

"There is a lot of confusion around Izera coming from the fact that the priorities of Polish economic policy are different: energy sector reorganization, fuel-sector fusion between Orlen and Lotos, building a nuclear power plant, he told DW, adding: "There is a question if there is enough policy will or money to support Izera efficiently in the meantime."

Other analysts say the timing of the Izera car could also be a problem, as it would be entering a much more competitive market in 2023. German car-making giant Volkswagen is already building an EV factory in the Polish town of Wrzesnia, while BMW plans a new factory in neighboring Hungary.

Charging stations for electric cars are still few and far between in Poland, because the number of battery-powered vehicles is still small. In addition, investors shun the high costs of building and operating charging stations.

Charging an EV outside one's home is expensive and the market is limited to homeowners. "About 45% of people in Poland live in flats and don't own a parking spot," says Bajczuk.

According to latest figures published by the Polish Automotive Industry Association (PZPM) in February, there were 9,803 electric cars registered in Poland. Other types of battery vehicles are also rare, and include 606 electric trucks and vans, over 7,300 mopeds and motorbikes, and nearly 300 electric buses. At the end of February, there were 1,093 charging stations in Poland, compared with 27,000 in Germany.

Julia Poliscanova, a senior director at the think tank Transport & Environment's (T&E), is also skeptical that Poland's electric-car project will ever get off the ground. "From a wider EV perspective, I'd only say that it's clear there are huge questions over the ability to manufacture Izera on time and deliver the actual product on the market," she says, and points to the struggles US e-car pioneer Tesla had to mass produce its cars.

Still, she's not entirely giving up hope for Poland to "establish itself in the future-proof e-mobility field," even though "competition will be fierce."