President Recep Tayyip Erdogan has made a big stride in realizing his vision of a homegrown auto industry after breaking ground on a new car factory in Bursa. But the project comes at a difficult time. 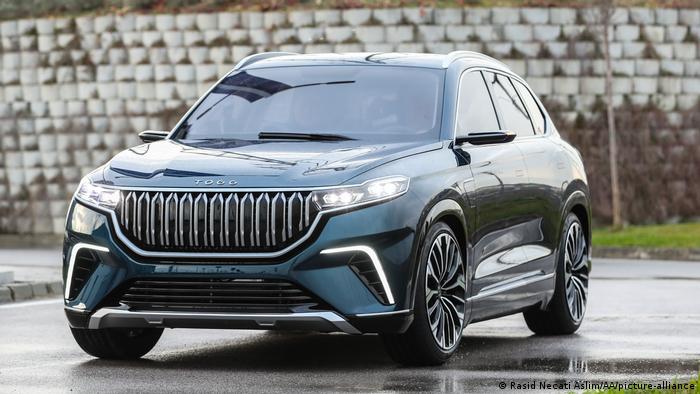 It's been a long-held dream of Erdogan to create a national automobile industry capable of producing the country's first indigenous car. But the groundbreaking ceremony for the TOGG factory in Turkey's northwestern province of Bursa last weekend took place against the backdrop of a slumping economy severely affected by the COVID-19 pandemic.

As foreign car companies in Turkey are suffering from a dramatic decline in demand which led led to temporary halts in production earlier this year, the Turkish president has promised all-out state support to finish the project "one way or another."

"We will die, but not return. I want to emphasize this clearly. If any setbacks whatsoever happens, our Treasury, the Finance Ministry will be enough to finish this job," Erdogan said in his speech at the ceremony at the factory situated in Turkey's automotive heartland.

Turkey's Automobile Joint Venture Group, TOGG, is a consortium of companies aiming to roll out Turkey's first national car in the final quarter of 2022. It'll be a battery-powered SUV, with 51% of the parts scheduled to be sourced from within the country, says TOGG chief executive Gurcan Karakas.

"As a country we are manufacturing an electric car for the first time. We will prepare our suppliers for the future, and once suppliers develop towards electric car technology, this ratio will increase," he told DW, adding that three years after the production starts some 68% of the parts would be sourced nationally.

Intellectual and industrial property rights needed for building the car would be fully owned by TOGG, Karakas added, with the project expected to contribute an annual $50 billion (€43 billion) to the Turkish economy. 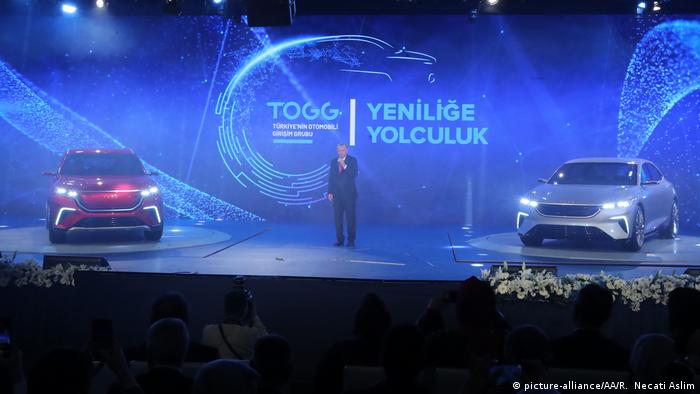 Turkish President Recep Tayyip Erdogan has been dreaming of and indigenous auto manufacturer since 2011. But it took more than 8 years before he could unveil first prototype models of a homegrown car

But it isn't easy for Turkey to launch a carmaker of its own aspiring to compete on global markets because the country is seen as a latecomer to the industry.

Veysel Ulusoy at Yeditepe University's Faculty of Commerce says the decision was politically motivated and in line with Erdogan's nationalist policies, rather than focussed on investment returns.

"Manufacturing is not the problem, but developing a market for a product that meets demand from all income levels in the domestic market is," he told DW, noting that state support is crucial for the car to be able to compete against well-established carmakers that enjoy bigger economies of scale and market share.

"Rather than supporting manufacturing, the state should provide incentives such as purchase guarantees so the car can enter the market," Ulusoy says.

Cemal Demirtas, an analyst at Ata Invest who specializes in the automotive industry, also doubts the value of a national car industry for the Turkish economy, arguing the country was already a part of global car-making.

"I guess the era of manufacturing a national car has passed. It would have been better if Volkswagen invested," he told DW, referring to a recent decision by German auto giant Volkswagen (VW) to scrap plans for a new factory in Turkey.

Turkey is already a big exporter of cars manufactured in the country by industry behemoths like Toyota, Renault, Fiat Chrysler, Ford and Hyundai. 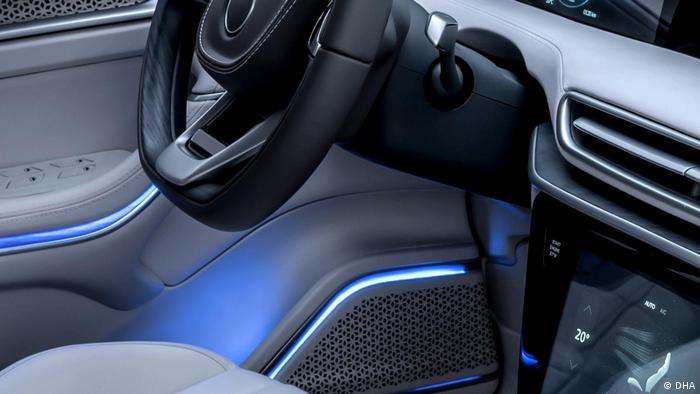 The new TOGG from the inside showing parts of the dashboard display, like the speedometer and a graphic showing what gear that car is in

Due to the COVID-19 health crisis, global demand for cars fell off a cliff, slumping alone in Europe by 38.1% in the first half of 2020, according to figures released by the European Automobile Manufacturers Association (ACEA).

Turkey's car exports dropped between 30-35% in the period as a national lockdown halted production.

Alper Kanca, board chairman of the Automotive Suppliers Association of Turkey (TAYSAD), expects exports for the whole year to drop by 20%, costing Turkey about $6 billion.

Nevertheless, he believes a national car production would be good for Turkey in the long term as it would push the country's suppliers to gain know-how and create an electric-car culture. He admits though the launch came at a difficult time.

"As someone from within the sector I need to say it is a difficult business they have entered. The ground breaking was a surprise for me, [but] reducing the doubts that I had that this is really moving forward and not only on paper," he told DW.

Cemal Demirtas also says Turkey's appearance on the stage of global car-making was rather ill-timed.

"Many auto makers suffer globally...and now Turkey is coming to the stage. With which distribution network and which scale? This project is like state policy; yes, one can manufacture when the state support is there. But still a sales network should be formed. This does not look very realistic," he says.

TOGG CEO Karakas said the company couldn't share information regarding the sales and marketing network because this was still "a trade secret" for the time being. 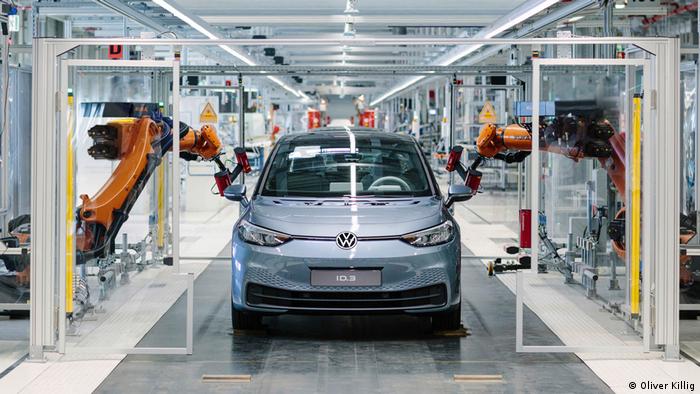 The TOGG consortium, formed in 2018, is made up of a number of companies including Anadolu Grubu , BMC, Kok Grubu, Turkcell, Zorlu Holding. Some of its members are struggling amid the current pandemic and were forced to apply for wage subsidies from the state.

But TOGG CEO Karakas is convinced all companies within the consortium will meet their financial obligations. "Within three years, they will pay 3.5 billion liras [€350 million, $510 million] capital into TOGG, making it an automotive company with the highest paid-in capital in Turkey in 2022," he claims.

He stressed that the project's finances were sound, and that 63 new staff were hired recently, growing the current team to 175.

"Our brand registrations were completed. We worked on the electric-electronic architecture of the car…The architecture of battery and e-power unit almost completed during the pandemic," he added.

Who would buy a TOGG?

The share of imported cars sold in Turkey had been around 60% before the Turkish lira hit a historical low back in August 2018. This has gone down further to 40% during the current pandemic, says Kanca, and demands state support for the trend to continue.

"A sales network is important. Our nation is excited, but when it comes to making a purchasing decision it's problematic. Turkish people prefer foreign brands [which is] a worry. It should be proven to Turkish consumers that [the new car] is a product of high quality. The state institutions should purchase and support it."

Under current production plans, TOGG is hoping to manufacture over 1 million cars by the end of 2035. The government has already pledged to buy some 30,000 of them. CEO Karakas admits though that additional state subsidies for car purchases are "not yet on the agenda," with the government apparently waiting until the car comes onto the market.

This article has been updated. An earlier version suggested that Turkey has been exporting VW cars produced in the country, which is incorrect. We apologize.