French car group PSA has put industry veteran Stephen Norman in charge of managing a turnaround for its Opel/Vauxhall operations in Britain and Ireland, saying key to the brand's survival is a pick-up in UK sales. 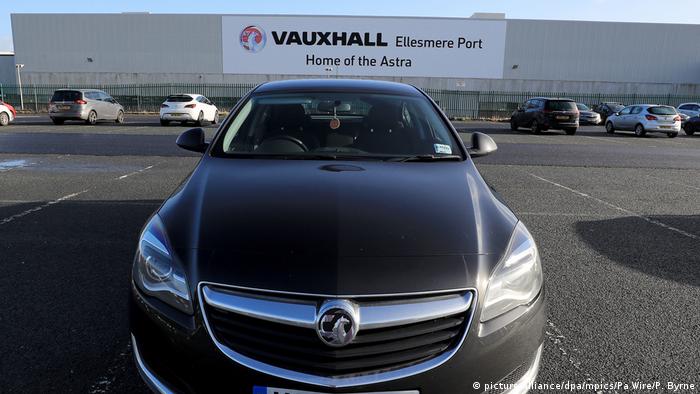 In his first interview after being named as the next Vauxhall managing director on Thursday, Stephen Norman made clear that the brand must boost its sales in Britain to safeguard its production facilities in the country, especially that of its main car factory in Ellesmere Port in northern England.

Norman is currently head of sales and marketing for PSA, which acquired the Opel and Vauxhall brands from General Motors last year and has since been pursuing a restructuring plan to return the loss-making brands to profitability. He is to take over as Vauxhall managing director on February 1.

"If we can make Vauxhall into a profitable and growing brand on the demand side, the supply side will follow," Norman said, adding that the two were "inextricably linked."

Consumer demand for Vauxhall cars — which are sold exclusively in the UK — has declined considerably in recent years, slumping the deepest in 2017 with 22 percent amid an overall decline in the UK car market of 5.7 percent. That has reduced Vauxhall's market share from 9.3 percent in 2016 to 7.7 percent now.

Ellesmere Port is Vauxhall's largest UK plant and produces the Astra family car, both under the Vauxhall brand for the UK market and the Opel brand for Europe. Around 80 percent of cars produced at the plant are exported to Europe.

Maintaining the plant's contract for the Astra model when it comes up for renewal before the end of the decade is seen as crucial to the survival of the site.

However, the Astra could also be produced at two PSA car plants in France that currently make similar-sized Peugeot and Citroën cars. The opportunity to manufacture Opel and Vauxhall cars in the same factories as PSA vehicles was seen as key to PSA's purchase of the brands last year.

Norman, who joined PSA Group in May 2014 as Chief Marketing Officer and was appointed Senior Vice President, Chief Sales and Marketing Officer in 2016, said that the Vauxhall brand was " iconic" and that his first job would be to "stop the erosion" in UK sales.

"Exactly how that is going to be done, and with what speed and what effect, and the impact on production, I will be able to answer after I start," he added.

On Monday, PSA announced that another 250 jobs would have to go at its Ellesmere Port plant, on top of 400 cuts last year, reducing the workforce by a third to make it more efficient, but renewing workers' fears about the future.

When Norman was asked by reporters if it was important for a British brand to produce cars in the UK, he acknowledged that the "link between where vehicle is actually made and the nationality of the brand, is not as obvious as it was."

He also noted that Brexit made planning harder. "So long as there are two, three or possibly more sets of viable hypotheses [due to Brexit] with different forecasts and different financial parameters, it's very difficult to make a clear decision."

Norman will be responsible for implementing PSA's PACE business strategy, designed by Opel chief executive Michael Lohscheller and aimed at achieving savings of €1.1 billion ($1.32 billion) across the two brands by 2020. Part of the strategy are significant reductions in labor costs by cutting working hours and trimming staff levels, but without closing production sites.