Britain’s business secretary Greg Clark is meeting the CEO of PSA Carlos Tavares in Paris to discuss job cuts at the Vauxhall car factory. UK politicians and unions are concerned about the future of the plant. 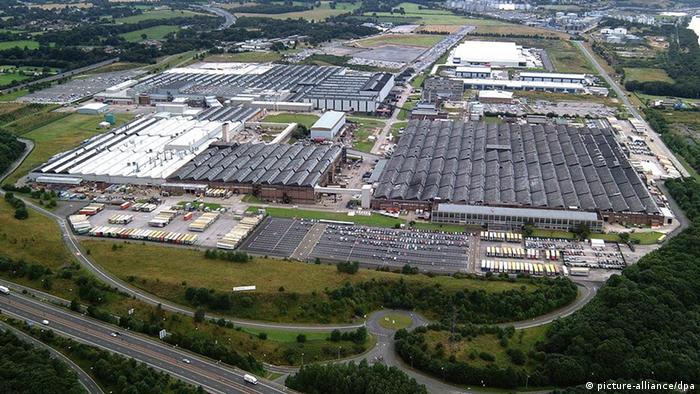 In the meeting in Paris on Wednesday, Greg Clark wants to express the government's concern about the job losses planned by the French carmaker and stress the importance of PSA's presence in the UK in the future, sources familiar with the discussions told the news agency Reuters.

Peugeot-maker PSA bought loss-making Vauxhall and its European brand Opel from General Motors (GM) last year and has been pursuing a restructuring plan to return the company's production sites in Germany and Britain to profitability.

Opel/Vauxhall has pledged to achieve its ambitious cost-cutting target of €1.1 billion by 2020 without closing any existing plants. But the French car group said Monday that it planned to cut a further 250 jobs at Vauxhall's Ellesmere Port factory, on top of 400 job losses it announced in October.

As Ellesmere Port is moving to a single shift in order to become more competitive and profitable, the government and labor unions are concerned about the survival of the plant, which depends on PSA's decision to build new cars at the site.

Len McCluskey, the head of Britain's biggest trade union, is also due to meet Tavares this month. On Wednesday, the Unite general secretary warned that any plans to close the Vauxhall car plant in northern England would cost PSA sales in the company's British market.

"I'm going to France in the next fortnight to meet with Carlos Tavares to tell him that we will not allow PSA to close a healthy UK plant," McCluskey said on Twitter. "I will make it crystal clear to the PSA boss that if there is any attempt to close the Ellesmere Port plant we will make sure their market in the UK is finished for good," he added.

Read more: Opel takeover through the lens of a car expert

Opel/Vauxhall sold nearly 290,000 vehicles in Britain in 2016 compared with 260,000 in Germany. But the UK car market is expected to slow further after recording its biggest sales drop since 2009 last year. Britain's car industry body has blamed government plans to increase a levy on new diesel cars and weakening consumer confidence in the wake of Brexit for the downturn.