The oboist is performing on YouTube in a new DW series, "House Concerts." Albrecht Mayer aims to offer comfort and joy with works by Johann Sebastian Bach, and he explains why he feels like Bach's twin. 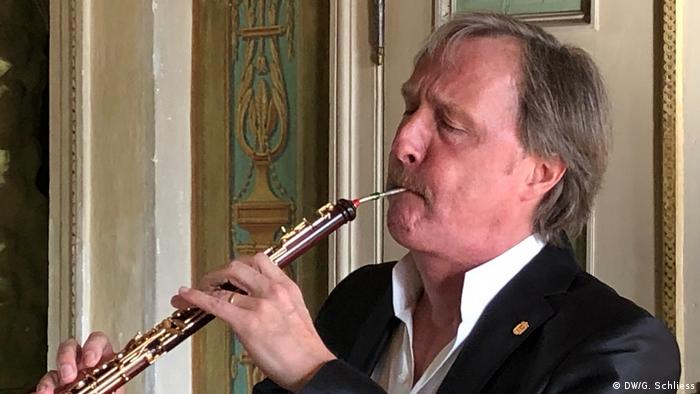 He usually plays in front of thousands of people in the Berlin Philharmonie, New York's Carnegie Hall or at international music festivals ranging from Salzburg to Edinburgh and Lucerne.

On this evening at the Palais Lichtenau in Potsdam, he is playing with pianist Kimiko Imani, but without an audience, and accompanied only by Deutsche Welle cameras: Albrecht Mayer is the star guest in the new series "House Concerts" on the DW Classical Music YouTube channel.

Mayer made a name for himself as solo oboist with the Berlin Philharmonic Orchestra, but since then, the 54-year-old has launched a solo career in addition to his orchestral job, and he is increasingly appearing as a conductor.

Like many other musicians, Mayer is also suffering from the fact that no public concerts can take place during the coronavirus crisis. "We musicians all over the world have a common fate: we have no audience," he says. "But deep in our hearts we are driven to go out and make music for people." That's why Mayer gladly accepted DW's invitation to be one of the first musicians to perform for one of the "House Concerts." 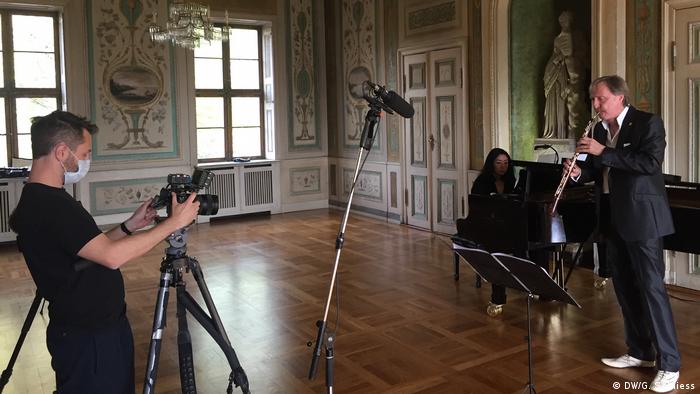 Filming the concert at the Palais Lichtenau in Potsdam

Bach as a musical twin

Together with his chamber music partner, Japanese pianist Kimiko Imani, he deliberately chose compositions by Johann Sebastian Bach. Mayer says he has a very special relationship to Bach's music. "Bach was a devout man who had 20 children and two wives. He always wanted to be close to God," says the musician. "For me, as a faithful believer, he is something of a musical twin."

Throughout his musical life, Mayer has felt drawn to Bach, even in his early youth: "Even as a child, when I felt bad, I often went to the piano to comfort myself and I played the wonderful melodies of Johann Sebastian Bach," he told DW.

This time he wants to bring comfort and joy to people all over the world. He has selected arias from Bach's oratorios which could not be performed publicly over Easter due to the coronavirus pandemic: the tenor aria No.7 from the "Easter Oratorio," the bass aria "Mache dich, mein Herze, rein" from the "St. Matthew Passion" and the "Air" from the Orchestral Suite No. 3 in D Major. With one exception, Mayer has arranged the works, which Bach originally composed for a different instrumentation, for oboe and piano exclusively for the DW House Concert. 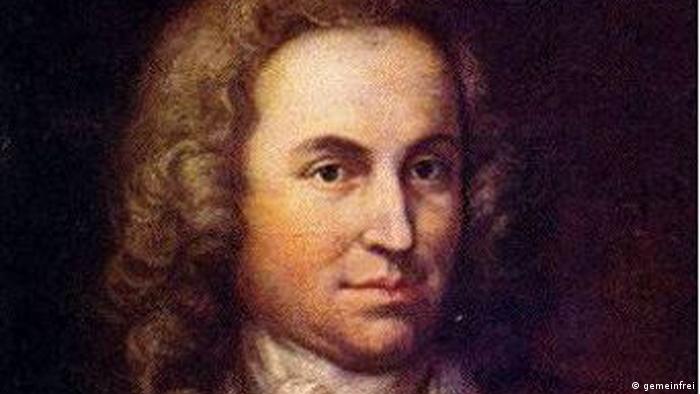 In the run-up to his DW House Concert, Mayer personally experienced that music can actually connect and touch people, even via the internet. "When I was preparing this 'ghost concert' for DW with my six-year-old daughter at breakfast, I listened to music recordings on the internet," he said. "Suddenly, my daughter became very quiet and was transformed." Albrecht Mayer has been with the Berlin Philharmonic Orchestra since 1992

One World concert unites the globe amid coronavirus pandemic

Despite social distancing forcing people into isolation during the COVID-19 pandemic, the "One World — Together at Home" concert united millions of people in a celebration of life through music. (19.04.2020)

'Looted' boat to be shown in Berlin's Humboldt Forum