The Dutch migration minister has quit after coming under fire over how crimes involving asylum-seekers were reported. Mark Harbers' ministry placed offenses such as sexual assault and murder under the term "other." 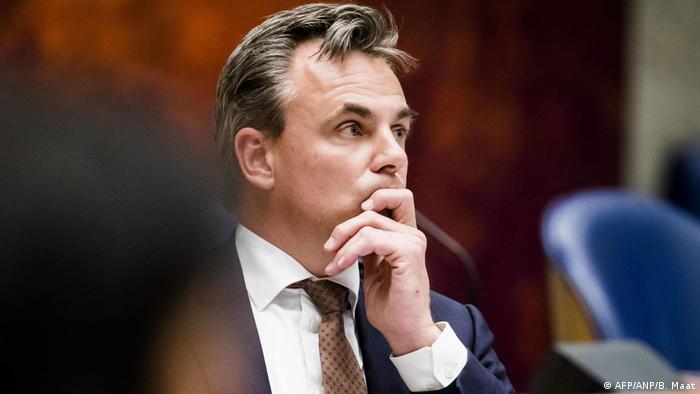 The Netherlands' migration minister, Mark Harbers (pictured), resigned on Tuesday following an outcry over a report which appeared to downplay crime statistics in relation to asylum-seekers.

Harbers presented a report to the Dutch parliament that included information on crimes committed by asylum-seekers. Various misdemeanors, such as shoplifting, had their own separate categories but serious crimes such as sexual assault, murder and manslaughter were placed under the category "other."

During a parliamentary discussion, the politician stated he had offered his resignation. He took "total responsibility" for not correctly informing the chamber but said it was "not deliberate."

Harbers' fall comes amid a mini-crisis for the center-right Prime Minister Mark Rutte as he tries to stave off a surge for euroskeptic and anti-immigration parties who look set to make gains across the continent in European elections on Thursday.

Read more: Not your grandparents' Europe

Rutte tweeted saying though he "respected" Harbers' decision to quit, it was "incredibly regrettable that the cabinet must say goodbye to such a talented and committed liberal."

A small Dutch church's hard work has paid off — the government will review hundreds of children's rejected asylum applications. Dutch law prohibits authorities from entering a church building while a service is underway. (30.01.2019)