A German nonprofit is tutoring children in underserved communities through an innovative live-in mentoring program. The Duisburg-based organization is the winner of this year's prize for civic engagement in Germany. 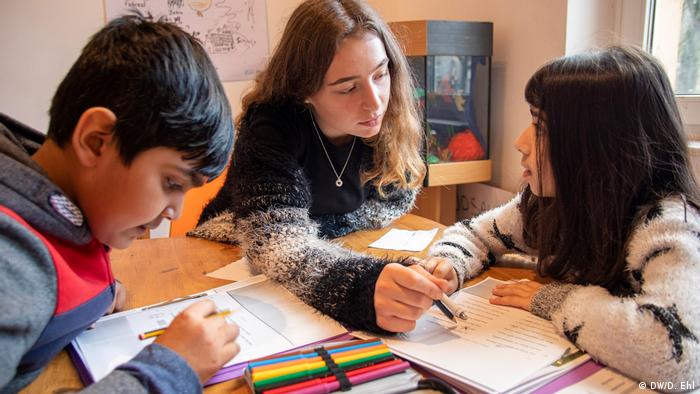 Twice a week, about 60 kids in Duisburg meet with mentors who help them with their studies and German-language skills. In return, the volunteer mentors live rent-free in apartments owned by Tausche Bildung für Wohnen (Let's Trade Education for Housing), which runs the project. The organization has been active in Duisburg's Marxloh neighborhood since 2012 and reports that it has supported 500 children.

Now, the organization has received the German Engagement Award, which is handed out each year on December 5, the national Civic Engagement Day. This year, the award comes with prize money worth €45,000 ($50,000).

Anna-Sophie Hippke, who runs the organization's Marxloh branch, already has a range of honors on her office wall. One says her organization won the "Deutscher Nachbarschaftspreis," or "Gemany's neighborhood prize." Another states that it is considered among Germany's most innovative projects. Hippke says their idea was to address two challenges at once: "Here, in Duisburg's Marxloh neighborhood there are many vacant apartments — and at the same time, many locals really need support." 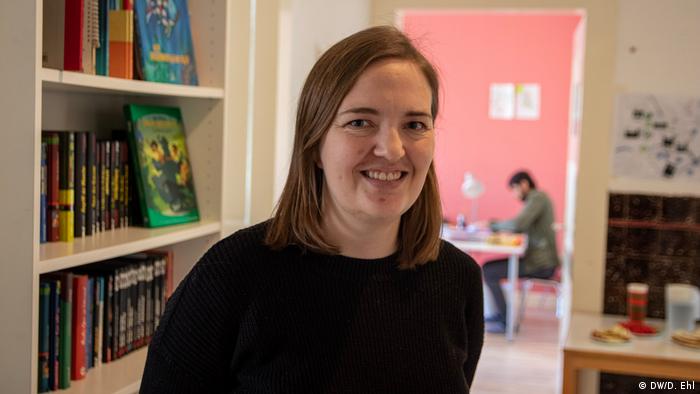 Marxloh has a reputation for being one of Germany's most underserved neighborhoods. Whenever Marxloh features in the media, the focus is usually placed on the record number of immigrants that have moved there. According to official municipal figures, 75% of those living in Marxloh have a migrant background, and 57% are foreigners.

The neighborhood was a working class area during Germany's postwar industrialization era. After World War II, when the country underwent an economic revival, laborers — known as "guest workers" — from Turkey moved into Marxloh. But with the decline of Germany's steel industry, many lost their jobs and homes were left vacant. Today, 20% of all those living in Marxloh depend on state assistance. There are other knock-on effects too: unemployed parents are less likely to send their children to school, and if they do not speak German as their first language, their children may struggle once they begin their education. 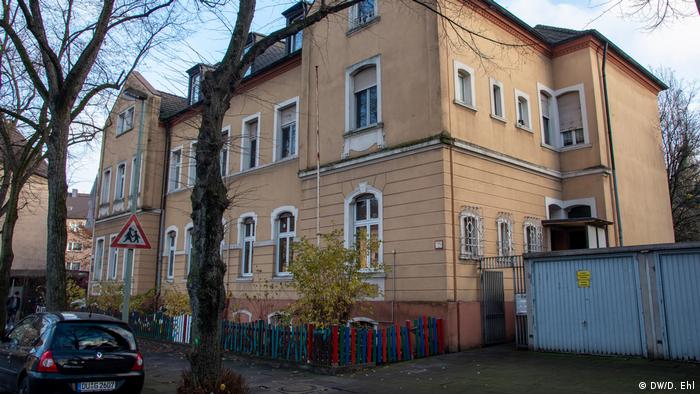 Tausche Bildung für Wohnen has been active in Marxloh since 2012

Christine Bleks and Mustafa Tazeoglu, who founded the Tausche Bildung für Wohnen organization say they want to help Marxloh youngsters get a better education, and attract more young people to the area. They own two apartments near the "swap bar." Twenty-year-old Sara Brzoska, from nearby Gelsenkirchen, joined the organization in October. Now, she lives in one of its apartments together with five other young volunteers, and a student mentor.

Today, Brzoska is helping two local children, nine-year-old Azrin and 10-year-old Ved, improve their German. Jwan, a third child, will join them later. They're sitting in the fish room, which is named after its aquarium — though it no longer contains actual fish or water, but merely fish-shaped cardboard cutouts. Still, Azrin wishes they were real, saying "I prefer real fish, I would feed them, too." 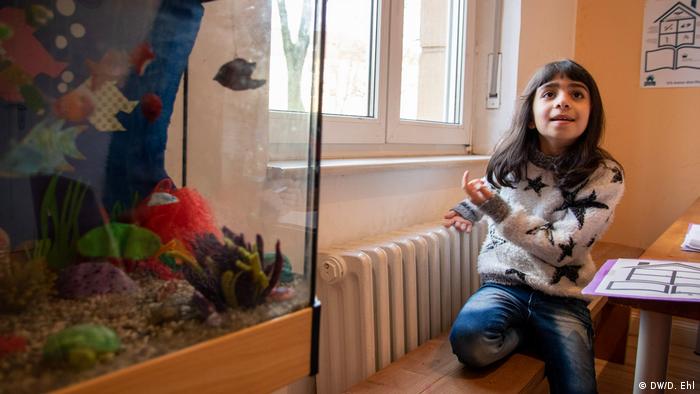 Azrin would prefer the fish were real, but she is still eager to learn

So far, more than 40 mentors have volunteered here, some of them for more than a year. Brzoska says they do more than just help children with their homework. "I try to help these children have a bright future; I want them to understand that education is very, very important," she says, adding that they also teach these children valuable social skills so that "they treat each other with respect, refrain from violence, speak with honesty, and that they are open towards different cultures and religions." In this way, the young volunteers also serve as role models for local children.

Tausche Bildung für Wohnen spends a month teaching the young volunteers the basics of pedagogy, and also runs special workshops to train mentors. Once a month, an external coach joins the volunteers to help them reflect on and process their work with the kids. Sometimes, for example, "children will talk about physical abuse at home, which can really pull you down," as Brzoska explains. One time, she says, a child even told her about her journey as a refugee in an overcrowded rubber dinghy, fearing she would fall overboard.

Since the influx of asylum-seekers to Germany in 2015, the organization has also begun mentoring refugees. So while initially there had mainly been children of Turkish descent utilizing of the project, over time an increasing number of Syrian children have also begun participating, says Hippke. Azrin, one of the girls that Brzoska mentors, says she was born in Syria but that "we had to move away because of the war." 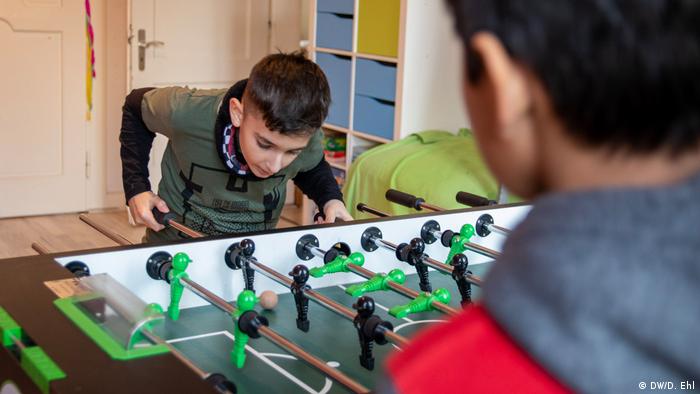 Hippke explains that practically all children being mentored have a migrant background, and that many were forced to flee their home countries. "Most do not speak German, which is a big challenge, so we focus on teaching them the language," she says, adding that communicating with their parents is also difficult.

Hippke says the biggest challenge for her organization is funding. She explains that even though the Catholic Church lets them use one of its apartments rent-free to mentor children, Tausche Bildung für Wohnen nevertheless faces annual expenses of €200,000. While Hippke acknowledges that public funding would be available, applying for it requires lots of time-consuming paperwork. That is why her organization largely relies on donations. As of February this year, the organization has also opened a branch in the nearby city of Gelsenkirchen. Hippke hopes to further grow and help more children in need.