Two incidents involving the trafficking of drugs to Europe have highlighted concerns about links between Islamist militants and drug-trafficking militants in Latin America. 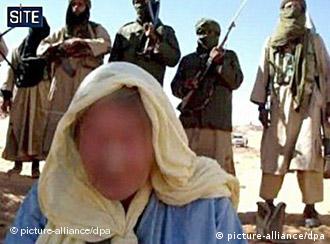 A little-noticed smoldering plane wreckage with traces of cocaine in a remote area of the West African state of Mali in which an Al Qaeda affiliate and nomadic rebels are active has focused attention on the emergence of the region as a major hub for the trafficking of drugs to Europe. So has the arrest of three al Qaeda operatives in Ghana, who were charged with narco-terrrorism in New York after being handed over to the US Drugs Enforcement Agency (DEA) and transported to the United States.

The two incidents raise the specter of increased cooperation between Islamic militants and drug trafficking Latin American militants and, according to US law enforcement officials, al Qae'da's evolvement into a global criminal organization.

US, European and African anti-drug and counter-terrorism officials fear that Islamist cooperation with groups like the Revolutionary Armed Forces of Colombia (FARC) could significantly fill the coffers of rebels operating across a crucial swathe of land that includes Algeria, Morocco, Mauretania, Mali, Chad and Niger, rich in uranium as well as oil and gas. Enhanced cash flow could enable the rebels to further undermine already weak, authoritarian regimes that face widespread discontent, restive nomadic populations, extreme poverty and an influx of Islamist thinking via satellite television and militant missionaries.

The wreckage of the Boeing 727 was discovered in the Mali desert in November, 200 kilometers (124 miles) north of Gao. Investigators believe the plane was carrying up to 10 tons of cocaine, the largest Europe-bound Latin American drugs transit shipment via the Sahel so far known to authorities. Vehicle tracks in the sand have led the investigators to the conclusion that traffickers unloaded the plane's cargo at a makeshift airstrip before burning it. While they have not ruled out that the plane may have crashed, the investigators hope that three Mali nationals arrested while dismantling the wreckage and transported to the Mali capital of Bamako may shed light on what happened to the aircraft. 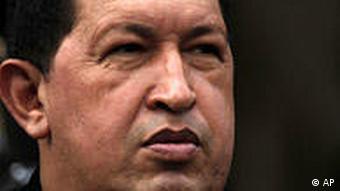 Alexandre Schmidt, spokesman for the Vienna-based UN Office on Drugs and Crime (UNODC) told journalists in November the mysterious flight had originated in Venezuela, fuelling allegations that Venezuela supports terrorism and drugs trafficking. Venezuelan officials question the assertion. But critics of President Hugo Chavez, pointing to his support of the FARC, charge that widespread corruption reaching into the highest echelons of government facilitates Venezuelan involvement in drugs trafficking. "Chavez may not be involved, but he certainly looks the other way. None of his aides have been removed from office," Ariel Segal, a Lima-based expert on Venezuela, told Deutsche Welle.

The arrest in of the three operatives of al Qaeda in the Islamic Maghreb (AQIM), the al Qaeda affiliate in West Africa, further heightens concern about the Islamists' links to Latin American traffickers. The three Mali nationals arrived in New York on December 18 after being arrested by authorities in Ghana as a result of a four-month long sting operation in which two paid DEA informants posed as FARC representatives. The three men appeared in court on the day of their arrival to be charged with narco-terrorism conspiracy and conspiracy to provide material support to terrorists.

They are the first al Qaeda operatives to have been captured by the US in a drug trafficking plot in Africa. They told the undercover DEA informants, according to court documents, that they could protect major Latin American shipments of cocaine in the Sahel and transport the drugs by truck through the desert and finally to Spain. They said they would charge up to 7,000 euros ($10,000) per kilogram.

Experts say al Qaeda and the traffickers are exploiting the fact that law enforcement agencies in politically unstable states in the Sahel with porous borders are underfunded and corrupt. Jean-Pierre Filiu, a professor at the Paris Institute of Political Studies, says Algeria's Islamist Salafist Group for Preaching and Combat (GSPC), AQIM's predecessor, has a history of involvement in crime. AQIM can "build on the GSPC's networks in the Sahara Desert, where it had long been engaged in smuggling a mix of drugs, weapons, and illegal immigrants, along with jihadi hit-and-run attacks against local security forces," Filiu said in a study just published by the Carnegie Endowment for Peace. Other experts note that many AQIM recruits are criminals and fellow travelers, who operate like a gang.

Since 2007, AQIM has killed scores in suicide bombings, including 11 UN staffers four Frenchmen, a Brit and an American. Many more have been kidnapped and held for ransom. 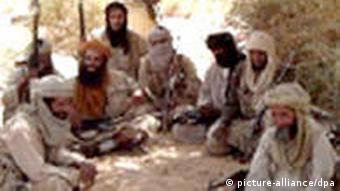 The DEA sting operation came amid an increased US and European military and law enforcement focus on the Sahel. Encouraged by the US and the EU, military officials from Algeria, Mali, Mauritania and Niger agreed last fall on joint efforts to tackle terrorism and cross-border crime. The US in 2008 increased security aid to $100 million. Much of this funding goes to the US Africa Command's Trans-Saharan Counter-Terrorism Partnership (TSCTP) designed to train regional forces and furnish them with needed military materiel. Similarly, Britain's Border Agency and Serious Organized Crime Agency works with authorities in the region to fight drug traffickers.

The emergence of western and northern Africa as a key hub in drugs trafficking poses despite the US sting operation a greater challenge to Europe than it does to the United States, according to some experts. "As the drugs fly from Colombia, via Venezuela to West Africa then the expanding European-Central European-Asian markets, it is clear the U.S. market is no longer so relevant," Douglas Farah, a Washington-based expert on terrorism who focuses on the Latin America-Africa nexus, told Deutsche Welle.

Critics of US and EU policy charge that the United States abetted by local regimes hungry for increased military and security assistance is likely to aggravate issues by approaching the region's problems exclusively as a problem of global terrorism and trans-national crime rather than in terms of democratization and development. "If you treat it from a soley security perspective, you're producing more jihadists," Yahia H. Zoubir, an expert on the Sahel and professor of international relations at Euromed-Marseille, told Deutsche Welle.

That realization may be taking hold in Washington as well as European capitals. The Africa Command (AFRICOM) has begun focusing on relations with the tribes in a bid to minimize its overt involvement in security. The US in late December suspended non-humanitarian aid to Niger and imposed travel restrictions on government officials in response to President Mamadou Tandja's refusal to relinquish his mandate.

In an earlier, relatively rare emphasis on reform rather than security, the Bush administration responded in 2008 to the toppling by the military of a democratically elected government in Mauritania by suspending military aid to a junta that was touting the al Qaeda threat as part of its raison d'être. 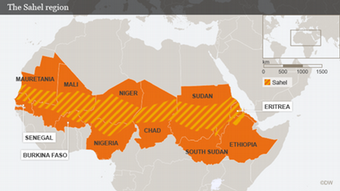 Analysts warn nonetheless that the drugs trade not only strengthens the Islamists and rebels, but could turn already weak regimes into crime-driven enterprises. "A lot of these countries have very weak governments and the potential of turning them into narco-states is very scary. There is already a lot of drug money along the coast of West Africa … lots of the fancy homes in (the Senegalese capital of) Dakar are now owned by drug lords," Princeton Lyman, an Africa expert at the New York-based Council on Foreign Relations and former US ambassador to Nigeria and South Africa, told Deutsche Welle.

Lyman cautions that heavy handed operations could push nomadic Tuareg rebels demanding a greater share in revenues from the region's resources towards closer cooperation with AQIM. He says the Boeing 727 incident and the arrest of the al Qaeda operatives demonstrates the need to focus on preventing drugs from getting into the Sahel by patrolling the region's coast line and airports rather than increasing military presence on the ground that would further alienate local populations.

"Smuggling has a long tradition and constitutes a major source of income for groups that feel marginalized by their government….Political groups with narco money make it more difficult for governments to offer an alternative. The question is how do you separate the marginalized groups from AQIM. The way you do it is by stopping the drugs from getting in. AFRICOM is looking at this," Lyman said.

Al Qaeda's North African wing say they have carried out their threat to kill Edwin Dyer, a British hostage who was part of a group of Westerners kidnapped earlier this year. (03.06.2009)