5 ways that drugs damage the environment | Environment | All topics from climate change to conservation | DW | 07.10.2020 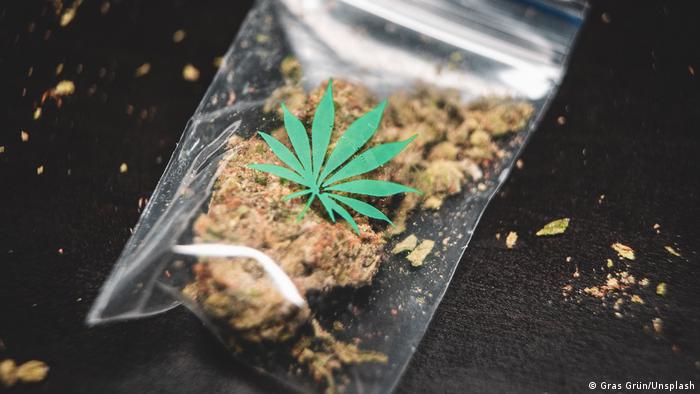 Whether they smoked a joint on the couch or snorted a line in a club, some 269 million people around the world took drugs in 2018, according to the United Nations.

Cocaine production is at record levels, opium has been on an upward trend for the past decade, the market for synthetic drugs is growing in the Netherlands and some countries are legalizing cannabis. In short, business is booming.

It is no secret that drug trafficking and cartel wars cost human lives but so far there has been little focus on how this global trade impacts the environment. 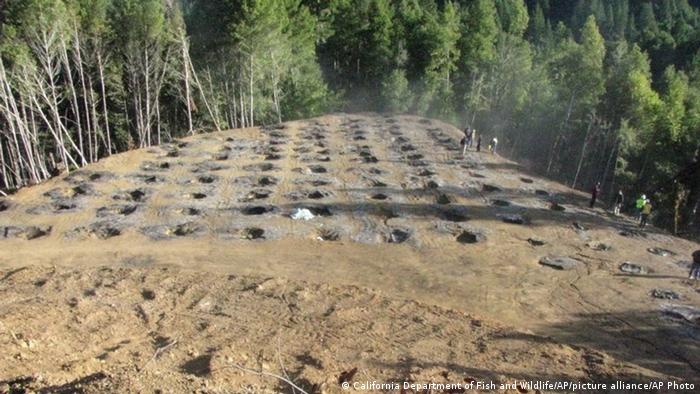 Cultivating thirsty marijuana plantations is a serious problem in California, which is plagued by forest fires and drought

1. The carbon footprint of cannabis

With 192 million users in 2018, cannabis is by far the most popular drug worldwide — excluding alcohol and tobacco.

Efforts to legalize marijuana are continuing to gather pace in the United States, where the drug has already become a billion-dollar market. But cultivating the plants in greenhouses, with optimum light, ventilation and temperature, guzzles an enormous amount of resources.

According to estimates, cannabis production in the US already accounts for around 1% of the country's total energy consumption.

"Within a single year, approximately 15 million metric tons (16.5 US tons) of carbon dioxide are emitted in the United States as the result of indoor cannabis production, equivalent to the annual emissions of 3 million cars," according to a report by the University of California, Davis.

That means that a single joint has a similar carbon footprint to about 3 kilograms (roughly 6.6 pounds) of potatoes. 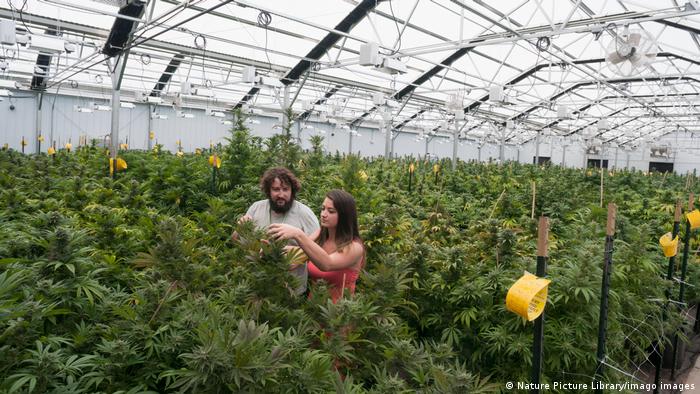 Cannabis is also an extremely thirsty plant, needing twice as much water as tomatoes or grapes.

About 70% of the cannabis consumed across the country is grown in California. Such large-scale cultivation of a crop that requires up to 22 liters (6 gallons) of water per day per plant has only intensified the region's water shortages during dry seasons.

Scientists from the Californian Department of Fisheries and Wildlife estimate that illegal outdoor cultivation has lowered the water level in some flowing streams by up to a quarter.

The ecological footprint of the world's 19 million cocaine users is particularly apparent in Latin America. According to the United Nations, Colombia had the potential to produce 1,120 tons of pure cocaine in 2018 — a record crop for the South American country.

Following a temporary decline, "we can see actually the same peak of coca that we were watching 20 years ago," Paulo Sandoval, a geographer at the University of Oregon, told DW.

Sandoval's latest satellite data shows that around 50,000 hectares of coca are currently being cultivated in Colombia's Amazon region alone — about half of it in nature reserves that are home to a rich diversity of species.

But the plantations he surveyed account for only 20% of the total cultivated area. 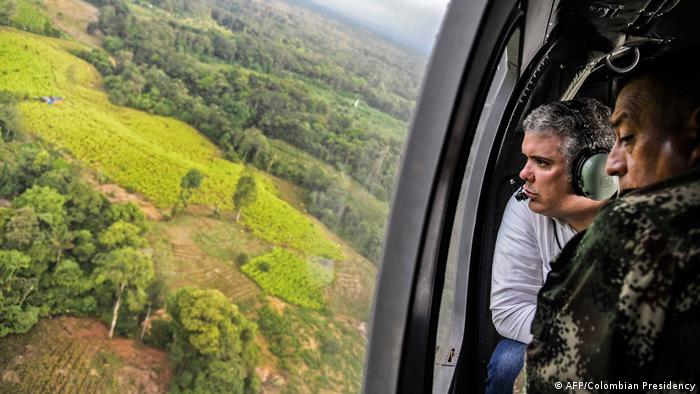 Until now, the Colombian government has relied on a strategy of eradication in its fight against coca cultivation. As part of its campaign, aircraft sprayed plantations with the highly concentrated herbicide glyphosate. This method effectively destroyed many coca plantations, but it also damaged neighboring forests and farmland.

Elizabeth Tellman, a geographer at Columbia University's Earth Institute in New York, says this approach harms rather than helps the environment. And once the fields are destroyed, the cartels simply clear more forests elsewhere and plant new coca crops.

"We do know that it [the destruction of cultivated areas] has not only had no effect (...) it's been really counterproductive," she told DW in an interview.

Coca leaves aren't just grown in the jungle; they're also processed into cocaine in secret laboratories there. This process requires highly toxic chemicals such as ammonia, acetone and hydrochloric acid. Scientists estimate that several million liters of these substances end up in soils and rivers each year. There are now few aquatic plants or animals living in those contaminated waters, according to a 2015 EU report. 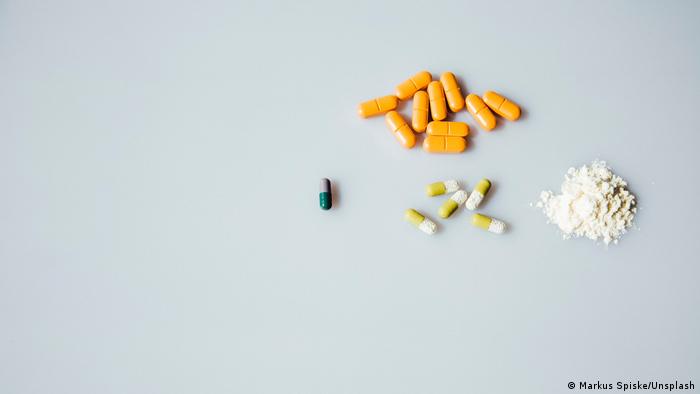 4. Chemical waste from MDMA and ecstasy

So-called party drugs — from pills to a line of powder in a nightclub bathroom — have grown in popularity in recent years.

The Netherlands and Belgium are hot spots for synthetic drugs . The production of a kilo of pure MDMA, the main substance in ecstasy, results in 10 kilos of toxic waste — or 30 kilos in the case of amphetamines. This might include sodium hydroxide, hydrochloric acids and acetone, substances that would normally have to be disposed of as hazardous waste using protective suits.

The Dutch Water Research Institute (KWR) estimates that in 2017, around 7,000 tons of these substances were either dumped somewhere in drums or leaked into the ground and rivers. "That's unbelievable," says Eric Emke, a scientist at the KWR.

A report aired by Dutch public broadcaster NOS showed just how corrosive these liquids can be. In it, a scientist immersed a chicken leg in a yellow sodium hydroxide solution. After two days, the meat had completely dissolved, leaving just the bone behind. 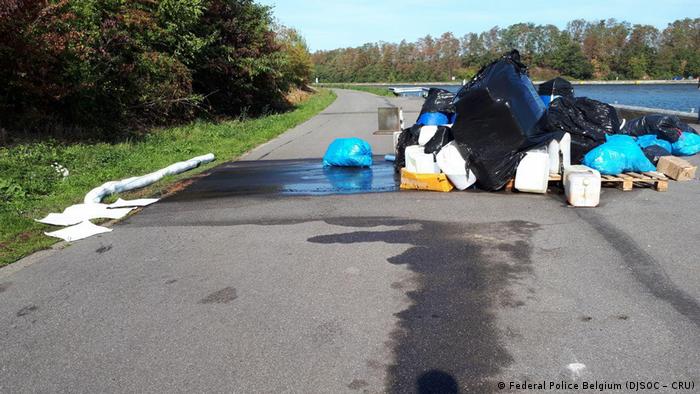 Emke says the waste is sometimes dumped into containers used to collect cattle excrement, becoming mixed with the dung that is spread on corn crops.

"And so five years ago, they discovered amphetamine and ecstasy residues in corn lice."

Jeremy Douglas, the regional representative of the UN's Office on Drugs and Crime for Southeast Asia, says Thailand, Laos and Myanmar have also become a hub for "industrial scale" global synthetic drug production in recent years.

"The spillover damage to groundwater and habitats is severe, and frankly it is nothing short of an ecological and public health disaster," he said. 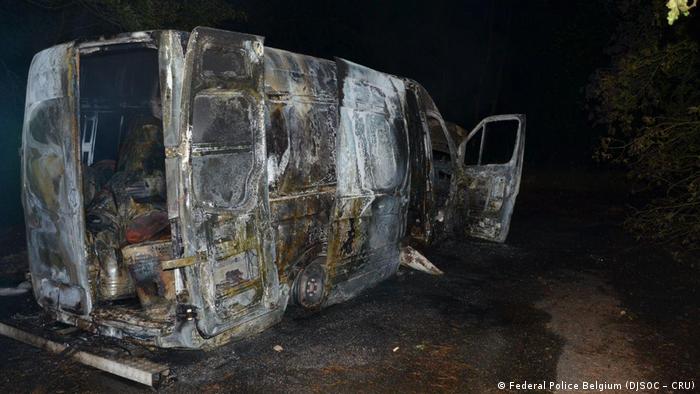 Around 337,000 football fields, or 23 times the size of Paris — that's the amount of land that was used to cultivate opium worldwide in 2019, according to the UN. The main producers are Myanmar, Mexico and Afghanistan — which accounts for 84% of global cultivation.

Poppy fields spread mainly across the country's southwest in areas where, until the 1990s, there was nothing but arid desert. Today, some 1.4 million people live there, making a living from cultivating opium and agriculture. That's all possible thanks to more than 50,000 solar-powered water pumps that have greened the desert. But that is not as green as it sounds. 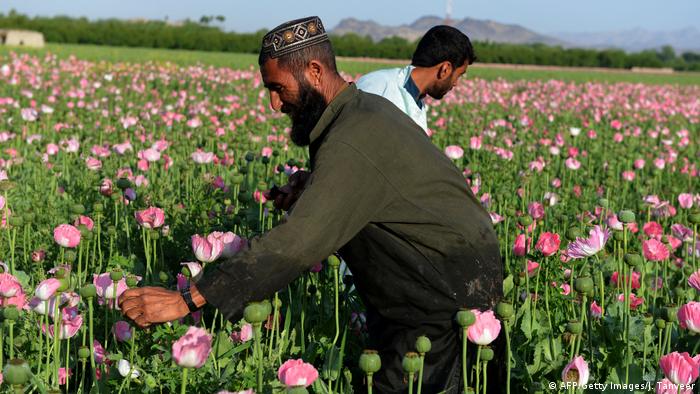 Opium cultivation supports some 1.4 million people in southern Afghanistan, but is also robbing the region of its water

A report by socioeconomist David Mansfield found that the region's groundwater is sinking by 3 meters (9.8 feet) per year. Wells as deep as 130 meters are now being drilled to find water.

"Each year, more people are arriving in the desert and installing solar deep wells. There are local fears that there will fast become a time when agricultural production will no longer be viable."

The poppy farmers also use chemical fertilizers and strong pesticides to control weeds. Groundwater tests have shown that nitrate levels are significantly higher than what is deemed safe. This can increase the risk of blue-baby syndrome, which leads to heart defects and death in newborns.

Mansfield warns that if water in the region does eventually run out, it will likely force large numbers of people from their homes, sparking a rural exodus.