Deutsche Welle has been active in the development of the DRM standard within the framework of an international consortium since 1998. Its goal is to make DRM viable in the future. 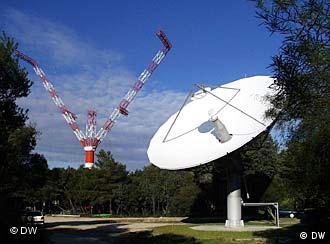 As one of the pioneers among broadcasters, Deutsche Welle and its partners have developed the digital standard into a marketable commodity. DW’s transmitting station in Sines, Portugal, is one of the most modern in the world allowing digital broadcasts on short-wave.

The DW-BBC-DRM channel can primarily be received in Germany, England and France. Corresponding to Deutsche Welle’s programming mandate, it is also directed towards Asia: two hours to India and one hour to China. “After our experiences with DRM broadcasting in Europe, we wish to support the development in Asia,” says Guido Baumhauer, Director of Distribution, Strategy and Marketing at DW. Partners, stations and developers now have the chance to collect experience as well and to contribute to larger product offering. The DRM Consortium promotes this project in order to create a working group of broadcasters and developers.

Much depends now on the device manufacturers. In addition to reliable broadcasting and a wide variety of programming, affordable and easy-to-use DRM receivers have to become available.

Digital Radio Mondiale, DRM, is the name of the new standard already in use for transmitting digital signals in the short wave bands. But what does “digital” mean?

Digital shortwave broadcasts sound better, are easier to receive and make it possible to send text and photos along with the normal sound program.