Australian artist Ella Dreyfus goes on a cinematic search for traces of her German-Jewish identity that were left behind when her father fled the Nazis as a child. 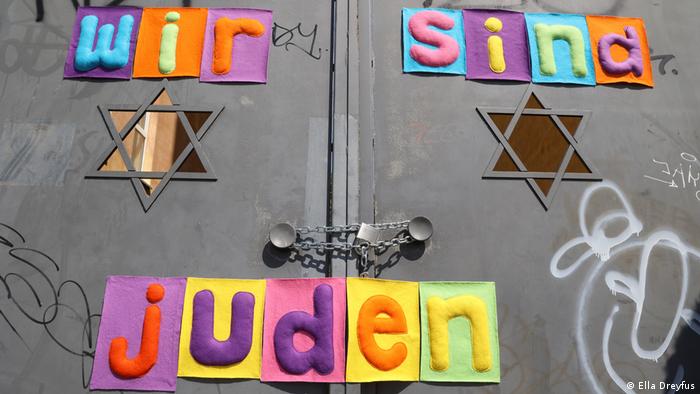 For the Sydney-raised artist Ella Dreyfus, a veil of silence lay over her family during her childhood.

"I grew up with a large Jewish family on my mother's side, who'd escaped from the pogroms in Vilna in the early 20th Century and prospered in Australia," she told DW. "But on my father's side there was not one close relative alive, nor did he tell us anything about his German background."

For a long time, Dreyfus knew very little about her German-Jewish family history. But in the documentary Dreyfus Drei (Dreyfus Three), she has ventured into the past in search of her own identity.

In the process, she has created a document on the Dreyfus family to mark 1700 Years of Jewish Life in Germany, and which premiered on October 29 in Berlin.

The film's starting point is the escape of brothers Richard and George Dreyfus — Ella's father and uncle — from Germany in May 1939, a few months before Germany's invasion of Poland that triggered World War II.

For Jewish people, life in Germany had become impossible at that point. They were persecuted and their livelihoods had been destroyed.

On a British Kindertransport ship that rescued mostly Jewish children from Europe, the Dreyfus brothers were taken to Melbourne, Australia. Unlike most of these children, who never saw their parents again and who were the only ones in their family to survive, the Dreyfus siblings were lucky. Their parents Hilde and Alfred were also able to escape to Australia in 1940.

Ella Dreyfus's father Richard found his footing in Jewish traditions and rituals in his new homeland of Australia. However, he never spoke about his childhood in the German cities of Wuppertal and Berlin.

"My father didn't tell us anything about his German heritage," Dreyfus said. "We had no family stories, no handed-down recipes or children's songs, no photos, and certainly no access to his earlier life in Wuppertal or Berlin."

"I suppose I gave up asking him in my twenties and accepted his silence, with sadness," she recalls. It wasn't until she went to school that she learned about the crimes of the Nazi regime in Germany and the persecution and murder of European Jews. 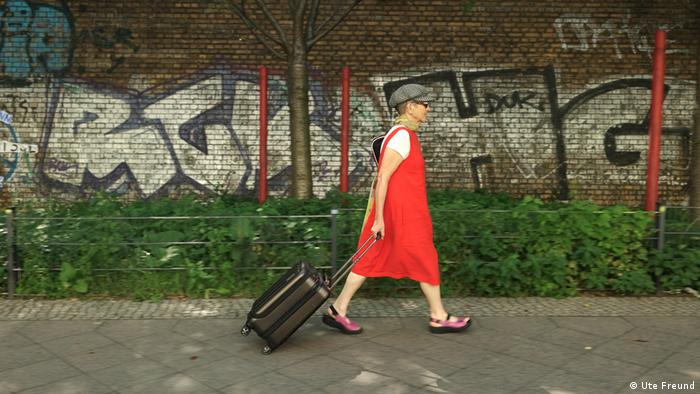 Intergenerational trauma of the Holocaust

After the death of her father Richard in 1998, the thought of traveling to Germany occurred to Ella Dreyfus.

"While he was alive I stayed away, unconsciously protecting him perhaps? All the Australians I knew, Jews and non-Jews, traveled to Europe frequently, but not me," she explained.

Due to the generational trauma of the Holocaust and her father's silence, she says she developed a fear of everything German. At times, she struggled with nightmares about the Holocaust.

Eventually, she was able to overcome her fear. She has traveled to Germany several times, and has recently spent three months in the country. But the trip was fraught with challenges.

"During the daytime when I'm in Germany I sometimes experience moments of inexplicable terror that shudder through my body," she said. Even the tone of a person's voice, or a train on a track, can trigger moments of panic.

The realizations she made during her research were also painful. Dreyfus learned, for example, that her great-grandparents had been murdered in the Nazi concentration camps.

Then, during a visit to the Deportation of Jews Memorial at the Wiesbaden main train station — from where her great-grandparents were deported — she had "a sad and powerful experience."

A painting on the wall is based on a well-known photo series documenting the deportations — in one, her uncle George was able to identify his grandfather and take it to Australia to "show his mother proof of the fate of her own father."

Unfortunately, however, groups of teenagers were drinking alcohol, smoking and skateboarding at the site during her visit. "I was gutted," she said.

"One action the film crew and I witnessed, proved they were oblivious to the site they were standing in," said Dreyfus, explaining that one teenage girl had used part of the memorial structure as a place to urinate.

"This young woman found a private place to relieve herself, inside a Holocaust memorial site."

Dreyfus herself has tried to reclaim these places, along with her Jewish identity, as she's traveled around the country and displayed her colorful letter art installations.

"My aim is to bring our families' names and Jewish affiliation back to Germany, to claim back our rightful territory in places they were annihilated, by installing phrases such as 'Mein Name ist Paula' or 'Wir sind Juden,'" she explained.

Her artworks are driven by a "strong desire to build bridges between the traumatic past of European Jews and striving to form new affective encounters for audiences through contemporary art practices," said Dreyfus, who is also a lecturer at the National Art School in Sydney.

The film also aims to provide a dialogue for subsequent generations to consciously confront their inherited traumas and encourage them to rediscover their Jewish lives in Germany as well, Dreyfus said. 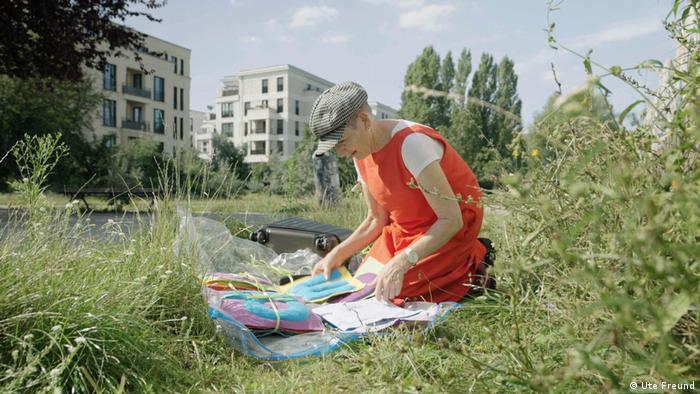 Finding inspiration on return to Berlin

This is the central theme of Dreyfus Drei: a documentary that portrays Ella, her uncle George Dreyfus and his son Jonathan as they each attempt to reclaim a part of their identity by returning to Germany.

Unlike his brother Richard, George Dreyfus developed a relationship with the country of his birth despite the childhood trauma.

The composer returned to Germany again and again from 1955 to study and perform music. Only ten years after the end of the war, he was among the first Jews to return from exile.

"He immersed himself in European music and culture, kept his language, made contacts and gave concerts," says Ella Dreyfus.

His son Jonathan grew up in Melbourne but now lives permanently in Berlin and works as a musician and composer. Like Ella, her cousin has dual citizenship in Australia and Germany — and doesn't have to choose one identity over the other, despite the past.

Dreyfus Drei premiered in Berlin on October 29, 2021. The documentary was made as part of the festival year, 1700 Years of Jewish Life in Germany.

'Antisemitism is a social problem'

The 1,700 years of Jewish life in Germany are to be celebrated throughout the year. How does the Israel-Gaza conflict affect the anniversary program?

Young, Jewish and on the move in Germany

On Saturday, 1,700 flags will be raised to commemorate 1,700 years of Jewish life in Germany. Due to the pandemic, the festival year will be extended until summer 2022.