Celebrating New Year's Eve in Berlin can be chaotic and sometimes even a little dangerous. For US-native Carl Nasman, “Silvester,” as the turn of the year is known in Germany, is both a shock and a blast. 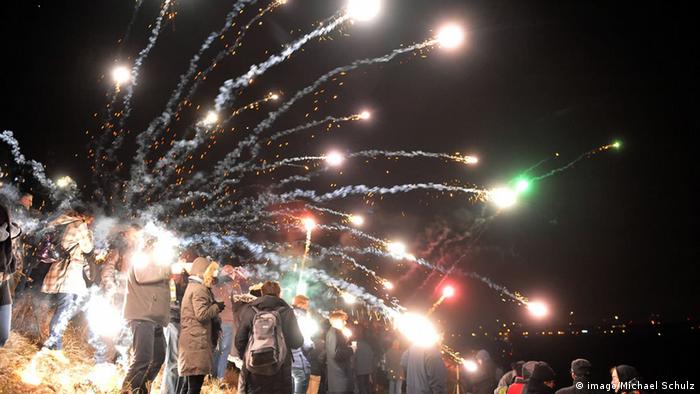 As an American, I am certainly no stranger to fireworks on New Year's Eve. But after witnessing “Silvester” in Berlin, I must admit that this city takes pyrotechnics to a new - and much more dangerous - level.

Here in Germany’s capital, the sale of fireworks is highly regulated, available only for four days before the New Year. But the sheer quantity and variety is astounding: rockets, sparklers, roman candles, and powerful explosives that any sane person would simply call dynamite.

Berliners eagerly stock up on their firecrackers of choice before the midnight celebrations. It’s a lucrative business, with Germans spending more than 115 million euros on personal fireworks each year. Some line up outside specialty stores to purchase the most powerful explosives and others order illegal fireworks from outside the country.

In most major cities in the US, including my hometown near San Francisco, California, fireworks are illegal for personal use and are only part of large city-sponsored displays. My parents taught me that firecrackers are highly dangerous and could be a fire hazard. So imagine the shock on my first New Year's Eve in Germany when the locals began to reenact the Battle of Berlin.

At midnight, deafening explosions echoed through alleyways, rattling apartment windows and setting off car alarms, making me want to take cover under our kitchen table. Bottle rockets sent sparks in all directions and live firecrackers were thrown at people, beneath cars and off rooftops. The night sky crackled with light and chaos. 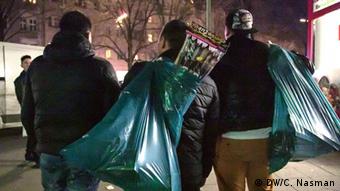 Berliners grab firecrackers by the bag on Silvester

I tend to perceive Germans as safe, reserved and cautious but on New Year's Eve all that gets thrown out the window. On this one night the German people allow anarchy to take over. Add alcohol to the mix and the results can be dangerous.

It’s no wonder then that many of my German friends are wary about stepping outside at midnight on New Year's Eve, feeling safer viewing the scene from a steep rooftop. Even as a 30 year-old male (the typical demographic indulging in firecracker warfare) I’ll admit to being a little scared. Scenes captured on YouTube of men firing pistols loaded with blanks only add to the uneasy feeling.

Won't be hiding under the table...

To this American, the lack of control in Berlin on New Year's Eve is astounding. Where are the police? Why does no one complain about the noise lasting late into the night? And isn’t anyone annoyed by the deep layer of trash and debris that is left covering everything the next day?

I would like to think that such an out of control celebration would never be tolerated in an American city like New York. Throwing or shooting fireworks at another person would be stopped, either by the police or New Yorkers themselves. 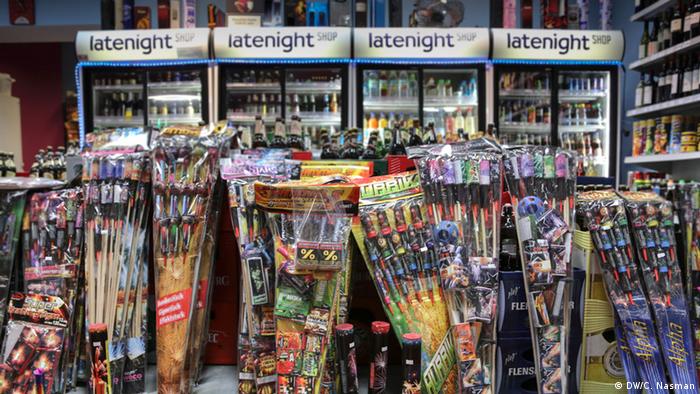 Of course an American New Year's is not without its lunacy. With our homegrown gun culture, every year people are injured or even killed by revelers firing live guns into the air with no regard for where the bullet may land.

Berlin is unlike any city in the world. It can be chaotic, unruly and unregulated and its New Year's Eve celebrations are no exception. But despite the dangers, I have to admit I’ve never had more fun on News Year's than in Berlin and this year I’ll try not to hide under the table.

More than 2 million people are expected at Rio de Janeiro's Copacabana beach this New Year's Eve to honor the African goddess, Yemanja. For the first time, the festival will be televised across the nation. (31.12.2013)

Cities across the world ring in 2014

Cities at the far end of the globe have begun ushering in the new year with dazzling fireworks. Sydney led the way with three pyrotechnic displays, setting off some seven tons of explosives. (31.12.2013)

With the omicron coronavirus variant spreading fast, German lawmakers have said they did not want to risk increasing the burden on overwhelmed hospitals with injuries caused by fireworks.