Doubts arise over HRW cluster bomb report in Ukraine | Europe | News and current affairs from around the continent | DW | 23.10.2014 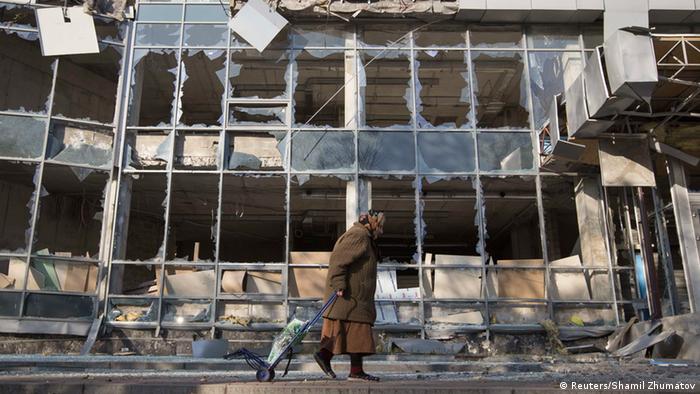 The Ukrainian army used cluster bombs during the fighting in eastern Ukraine - according to international human rights organization Human Rights Watch. Six people are said to have been killed, and dozens injured, in 12 documented cases.

"At the start of October, we sent a mission to eastern Ukraine in order to follow up on reports on the use of cluster bombs," Hugh Williamson, HRW regional director for Europe and Central Asia told DW. This mission comprised the organization's own weapons experts, and Williamson claims they spoke to people on the ground and a journalist who was in the affected area. "He was able to determine the type of rocket used, which the Ukrainian army owns," he said. 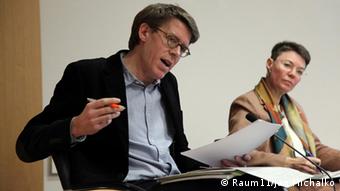 But the most important point, he said, was to confirm from which positions had been fired. "Our experts calculated the paths of the rockets, viewed the positions struck, and the locations of the rocket launchers," said Williamson. "They came to the conclusion that Ukrainian government troops fired the weapons. We can't be absolutely sure, but all the evidence points that way."

HRW considers the use of cluster bombs as a war crime, pointing to an international agreement that came into force in 2010. Some 114 countries signed that convention and it has been ratified by 86 - although it does not include Ukraine or Russia. Now, HRW has called on Kyiv to do so, and says that its representatives in Donbass have discovered 22 fragments of rockets with cluster ammunition - 16 from a Uragan-type multiple rocket launcher and six from a Smerch-type.

Kyiv denies the allegations. Ukrainian military spokesman Vladyslav Selesnyov told DW that though the country's troops did indeed have Uragan and Smerch rocket launchers, it did not have cluster ammunition. "If we know that there could be civilians at the rebel positions, we cannot shoot them under any circumstances," he said. 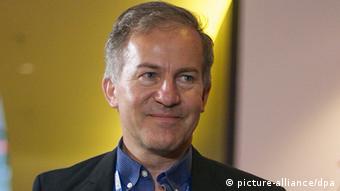 OSCE spokesman Bociurkiw doubts the accuracy of the report

Michael Bociurkiw, spokesman for the OSCE mission in Ukraine, also denied that the Ukrainian military had used cluster bombs. "We have around 90 observers in eastern Ukraine," he told DW. "If we had encountered anything like that, we would have reported it, but that hasn't happened. Everything we can say about ammunition and shelling is in our daily reports."

Anton Michnenko, of the Ukrainian Center for Army, Conversion and Disarmament Studies, says that only military experts can offer definite insights into the use of cluster bombs. He is critical of the HRW report. "Social organizations don't have any highly qualified experts who can say whether these are explosions with cluster ammunition and what direction it might have come from," he said. He thinks that separatists might have deliberately misled the HRW representatives. It is also possible that separatist captured stocks of Ukrainian army weaponry.

Nikolaj Sunhurowsky, of the Kyiv-based Razumkov Center, also doubts the allegations. "They are only based on the reports of witnesses who claim to have seen the direction of the shelling," he told DW, and doesn't rule out that "rogue rebel units" are using cluster bombs, after having penetrated the buffer zone between separatists and the Ukrainian army. 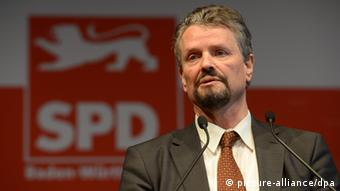 Gernot Erler says there needs to be an urgent inquiry

Serhij Sgurez, of the Ukrainian consultancy firm Defense Express, says Ukraine has no interest in destroying infrastructure or residential buildings in Donbass, because Kyiv will have to build up the region again when the conflict is over. He thinks Moscow wants to weaken the economic potential of the area and discredit the Ukrainian military. "Using cluster bombs is very well suited to that purpose," he said.

"But Human Rights Watch is a serious organization," he said. "And the project was done in cooperation with the New York Times, which means it is not likely to have anything against the Ukrainian government. For that reason there is a real need for an explanation. That's why we are calling for an independent inquiry."

Meeting in Berlin, Chancellor Merkel and John Kerry have lauded the US-German alliance. Twenty-five years after the fall of the Berlin Wall, they also acknowledged the threat to peace posed by the ongoing Ukraine crisis. (22.10.2014)

John Kerry’s visit to Berlin 25 years after the fall of the Wall highlighted the crucial role transatlantic ties played earlier and can play today. But to fulfill that promise, controversial issues can't be glossed over. (22.10.2014)

A human rights group has reported the use of cluster bombs by the Ukrainian military during its fight against separatist rebels in the east of the country. Kyiv has denied implementing the weapons, which are illegal. (21.10.2014)