Dortmund fail to convert against Stuttgart 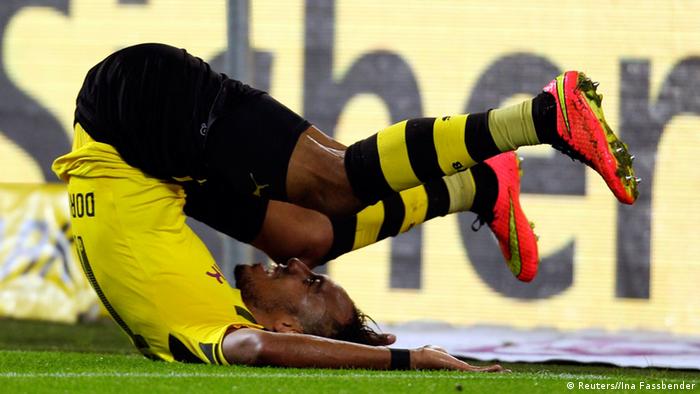 On Wednesday night Pierre-Emerick Aubameyang and Ciro Immobile inspired Dortmund to rally in the last 15 minutes and leave VfB Stuttgart without a win this season. Stuttgart's preparation, having lost 2-0 at home to Hoffenheim on Saturday, was rocked just hours before kick-off by the dismissal of board member and club legend Fredi Bobic.

Dortmund, meanwhile, were nursing a host of injuries - most recently, Henrikh Mkhitaryan adding his name to that list. But while Jürgen Klopp's side continue to face a backlog of returns and recoveries, the available crop dug deep to come from behind late in the match.

Stuttgart took advantage of some good fortune in the 48th minute with midfielder Daniel Didavi stroking home from inside eight meters out. Although Dortmund piled the pressure on when possible, Stuttgart threw the sucker punch 20 minutes later, as Didavi popped up for a second time to score.

But Aubameyang's quick response and then an onslaught in the last 10 minutes, eventually forced Sven Ulreich and his defense to crack under pressure. The Stuttgart goalie misjudged a high ball, leaving Immobile to push the ball into an empty net and drag Dortmund level in the final minutes.

Stuttgart, then, had to rely on a goalline clearance from Antonio Rüdiger, denying Lukasz Piszczek from inside the box, to make sure they left Signal Iduna Park with any point at all.

Meanwhile in Mönchengladbach, Hamburg's run without a goal in the league has stretched to five matches - the joint-longest record in German professional football, equaling a record set by VfL Bochum in 1980. 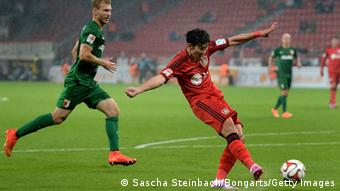 After 25 minutes, the Foals surged ahead when Andre Hahn supplied a devastatingly good cross from the right-hand side, taking all of HSV's defenders out of play and allowing Kruse the chance to slide in to score at the second attempt. In three matches, he has had a hand in four of Gladbach's league goals.

The free-flowing nature of Gladbach's attack was forcing the Hamburg defenders to chase shadows for long spells. Lucien Favre's team then weathered a late storm from "Joe" Zinnbauer's side who end the matchday bottom of the league.

Kalou off the mark

Elsewhere, Bayer Leverkusen's 1-0 win over Augsburg was postponed for a 10-minute spell in the first-half after a torrential downpour made play impossible. That came less than 20 minutes after South Korean international Heung-Min Son tucked home Roberto Hillbert's through ball to move Leverkusen into second.

In the capital, Hertha Berlin bagged their first win of the season, hanging on for over an hour to see-off VfL Wolfsburg 1-0. Former Chelsea ace Salomon Kalou opened his Bundesliga account in the 35th minute with a close-range header.

Finally, in Hannover, the hosts continued their strong start to the season, staying in third, thanks to Spanish striker Joselu's fourth goal of the season in the sixth minute.

For a complete look back at all the match action, check out our match summaries below:

The five matchday of the season is over - but the games will keep coming thick-and-fast for Bundesliga sides. Dortmund's woes, Dieter Hecking's future and Hamburg feature in our three key points. (24.09.2014)