Donbass autonomy to test Ukrainian government | Europe| News and current affairs from around the continent | DW | 17.07.2015

Ukraine is in a race against time to anchor a factual autonomy for the pro-Russian separatist region of Donbass into its constitution. The core of the Minsk Agreement is at stake, but resistance is growing in Kyiv. 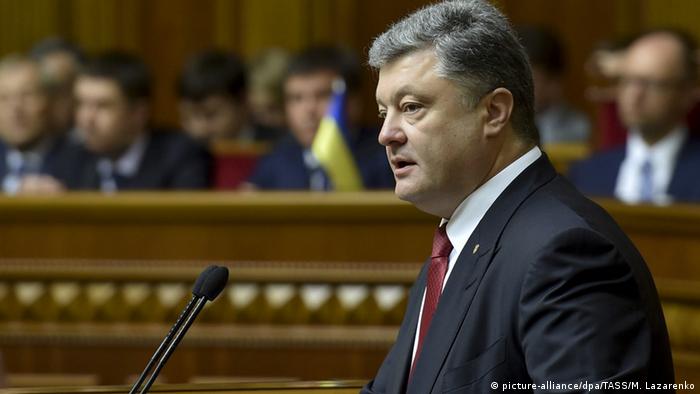 It didn't take long for the cold shower to come from Moscow. The Russian Foreign Ministry announced on Friday that a draft proposal for changes to the Ukrainian constitution prepared in Kyiv were "an exercise in political demagoguery." An official also said the draft had nothing to do with the February ceasefire agreement mediated by the West and signed by pro-Russian separatists in eastern Ukraine and the government in Kyiv.

Separatist representatives had voiced similar opinions and accused Ukraine of having prepared the constitutional changes without consulting them.

Kyiv, however, has taken a very different view. Prior to Thursday's parliamentary vote, President Petro Poroshenko said Ukraine had followed the Minsk Agreement "down to the last comma," when preparing the draft. In the vote, 288 legislators agreed to send the proposals to the Constitutional Court for approval. The court is expected to deliver its decision by the end of August. For the new constitution to go into effect, parliament must pass it in two votes, the second of which must achieve a so-called constitutional majority of at least 300 votes.

The proposed changes represent the second reform of the Ukrainian constitution since it was ratified in 1996. In essence, the new changes bring the constitution in line with Minsk Agreement, and codify relations with the eastern Ukrainian regions of Donbass and Luhansk, which have both been largely controlled by pro-Russian separatists for more than a year. 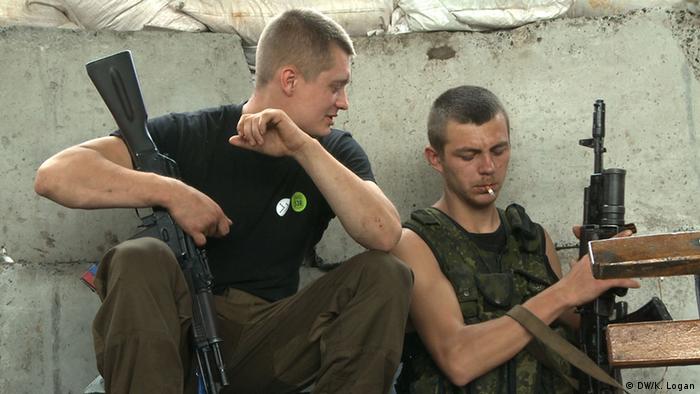 Despite the ceasefire deal, some fighting has continued in eastern Ukraine

The clock is ticking for Kyiv to finalize the changes. In Minsk, where the ceasefire deal was signed, Ukraine agreed to "decentralization," giving the regions more power. Exactly what that means for the highly contested coal-heavy region of Donbass is detailed in a footnote that stipulates the following: that the separatists cannot be prosecuted or punished; that they are to participate in the naming of state prosecutors and judges; and that they may form and maintain their own security forces - so-called people's militias. Further, Ukraine is responsible for financing the region. The new constitution is to be ratified by the end of 2015.

The presence of US Assistant Secretary of State for European Affairs Victoria Nuland at the parliamentary vote was evidence of just how important the reform is. Prior to the vote, Nuland met with legislators in Kyiv to convince them to vote in favor of the proposal.

Such conversations have led some politicians in Kyiv to speak of the West exerting "massive pressure" on Ukraine.

"With this constitutional reform we will legitimize the status of occupied territory, and I think that is a defeat for Ukraine," said Serhiy Taruta, former governor of the Donetsk region.

"Rough pressure is being brought to bear on Ukraine," was how Kyiv foreign policy expert Bogdan Jaremenko described the situation to DW. He said he believes the West is trying to solve the conflict at the expense of Kyiv. Poroshenko, for his part, denies accusations that he has been under pressure from Western leaders.

Ukraine puts down an advance

What is certain is that the reform represents a major test for Ukraine. That was clear during the parliamentary vote. More than 20 representatives of Poroshenko's party abstained, and there were 10 dissenters in Prime Minister Arseniy Yatsenyuk's People's Front party. The constitutional reforms were applauded, however, by the pro-Russian Oppositional Block, which is made up of members of former President Viktor Yanukovych's Party of Regions. 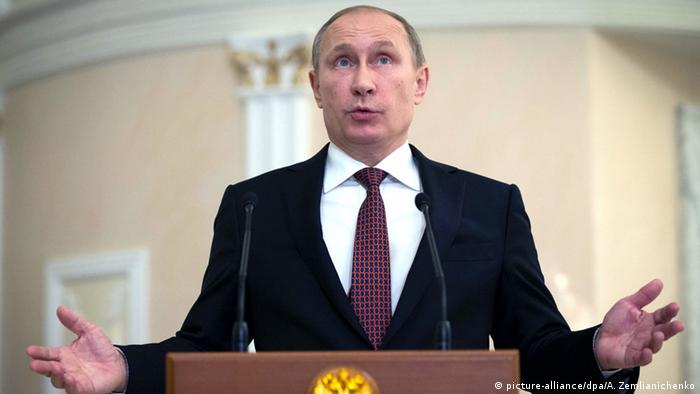 And critical voices are indignant and becoming louder. Some have accused Ukrainian leaders of putting down an advance payment with no guarantees. The core requirements set out by the Minsk Agreement for the rebels - namely the withdrawal of all armed military groups and the closing of Ukraine's border with Russia - have yet to be fulfilled. Observers have noted, however, that there was never a timetable for those steps to be taken.

The biggest critic of the proposed reforms is Deputy Parliamentary Chair Oksana Syroyid of the Self Reliance party. Her party is also a member of the governing coalition, but its members voted against the proposed constitutional reforms. Syroyid received much approval on her Facebook page after voicing her disgust about the reform.

"Any special status for Donbass would legitimize Russian troops and irregulars on Ukrainian territory," she wrote.

Serhiy Rachmanin of the respected Kyiv weekly "Dzerkalo Tyzhina," warned of "capitulating" to Russian President Vladimir Putin and the separatists.

"We are being told to allow criminals to walk free and then use our budget to finance them," he wrote after the vote. He said his biggest fear was that the constitutional reform will lead to a worsening of the domestic political situation and give rise to new tensions in Ukraine.

Dozens of professional Russian soldiers are facing trial after abandoning a training base, according to media reports. The soldiers were allegedly pressured to "volunteer" for fighting in Ukraine. (11.07.2015)

Ukraine: Caught up in censorship from all sides

In Ukraine, a political power struggle comes to a head

Kyiv originally invited Alexander Kvitashvili of Georgia to come fix Ukraine's corrupt healthcare system. Now the government has unceremoniously thrown him out of office. The ecology minister has been forced out as well. (04.07.2015)