The US president-elect's view of the Syrian conflict has remained one of his few consistent positions. But Donald Trump has said that if he did attack the Syrian regime, "it would be by surprise." 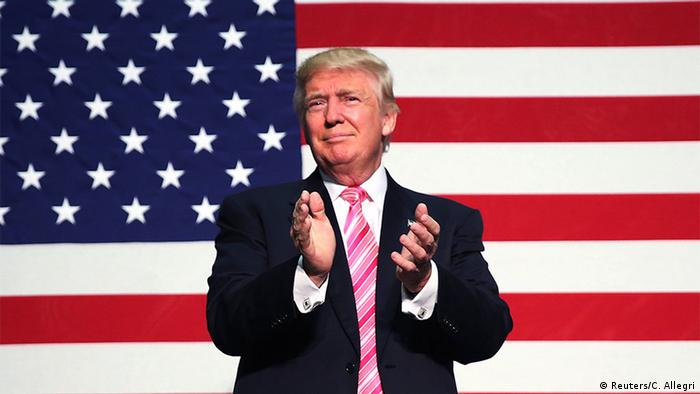 "I've had an opposite view of many people regarding Syria," US President-elect Donald Trump told American newspaper "Wall Street Journal" (WSJ) last week.

As the self-proclaimed billionaire prepares to enter the White House, questions have arisen regarding his policy on Syria, which has witnessed popular protests transform into a multipronged conflict since 2011.

But behind the populist slogans and divisive rhetoric, Trump has offered fragments of a blueprint for his vision of the conflict, highlighting a focus on combating the "Islamic State" (IS) militant group in lieu of pursuing an aggressive policy on President Bashar al-Assad's brutal regime.

"My attitude was you're fighting Syria, Syria is fighting ISIS, and you have to get rid of ISIS. Russia is now totally aligned with Syria, and now you have Iran, which is becoming powerful, because of us, is aligned with Syria … Now we're backing rebels against Syria, and we have no idea who these people are," Trump said, referring to the IS by its other acronym, which stands for "Islamic State of Iraq and Syria."

"We end up fighting Russia, fighting Syria," if the US attacks Assad, he told WSJ.

Former New York City Mayor Rudy Giuliani, who is tipped to be a top candidate for the Secretary of State position, said on Tuesday that Trump's foreign policy in the region would hone in on dismantling the "Islamic State."

"ISIS … is the greatest danger, and not because ISIS in Iraq and in Syria, but because ISIS did something al-Qaeda never did - ISIS was able to spread itself around the world," Giuliani said, according to American broadcaster CNN. 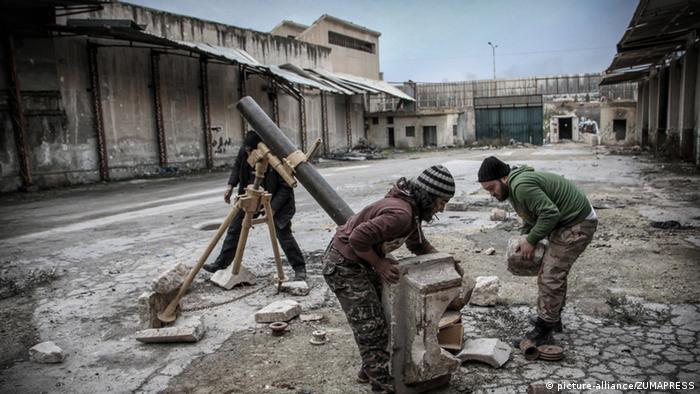 Trump has rejected US support for rebels in Syria, saying it's unclear who they represent

It should come as no surprise that Trump opposes military interventions aimed at toppling governments, making it a policy point to "end the current strategy of nation-building and regime change," as his campaign website states.

In numerous instances, he has lambasted Washington's support for "moderate" rebels fighting to overthrow the Assad regime.

In an interviewed aired by CBS' "This Morning" show in February, Trump questioned the ultimate aim of supplying armed opposition groups in Syria. "Assad's no baby, he's not good. But who are the people we are backing?" Trump said. "We're giving all this money and all of this equipment to people we have no idea who they are. They're probably worse than Assad," he added.

One of the show's presenters asked whether better ties with Russia would allow him to pressure Moscow for Assad to step aside.

"Well, they've been trying to do that. Could I? I don't think it's that important, to be honest with you. I think, frankly, you get rid of Assad or you knock out that government, who is going to take over, the people that we're backing? Then you're going to have (something) like Libya," he said.

Since his unprecedented electoral victory earlier this month, the CBS interview has been circulated widely across social media platforms as an example of his foreign policy vision.

'But if I did' attack Syria

If any of Trump's positions have witnessed a degree of consistency, it has been his take on Washington's role in the Syrian conflict. In September 2013, at a moment of heated debate across the US on whether Obama would launch a military campaign in Syria aimed at ousting Assad, Trump scrambled to his Twitter account to offer his input.

"Many Syrian 'rebels' are radical jihadis. Not our friends and supporting them doesn't serve our national interest."

When asked by another Twitter user what we would do about the situation if he was president, he said: "I'd let them all fight with each other - (and) focus on US."

"But if I did (attack), it would be by surprise and not blurted all over the media like fools," he added. "What I am saying is stay out of Syria."

Obama's policy to support "moderate" rebels stemmed from the Assad regime's brutal repression of opposition forces. According to UN figures, more than 250,000 people have been killed in Syria since 2011, when the Syrian army launched a violent crackdown on peaceful protesters demanding Assad to step down.

But Trump's remarks not only represent a departure on Washington's policy on Assad's Syria. They also reflect a marked shift towards counterterrorism operations at the expense of human rights, echoed in his comments to send alleged terrorists to Guantanamo and reintroduce torture tactics.

While it is unclear who Trump refers to in his campaign promises when he cites working "with our Arab allies and friends in the Middle East" to defeat the militant group, signs point to his administration's consideration of the Assad regime in that plot as a potential partner at best and a "bad" guy at worst.

Assad: Trump could be 'natural ally' against terrorism

The Syrian president has said Donald Trump could be an ally if his actions match his campaign rhetoric. Trump has signaled his foreign policy will be less hostile to the Assad regime than Obama's.

Joe Biden to nominate Antony Blinken as Secretary of State