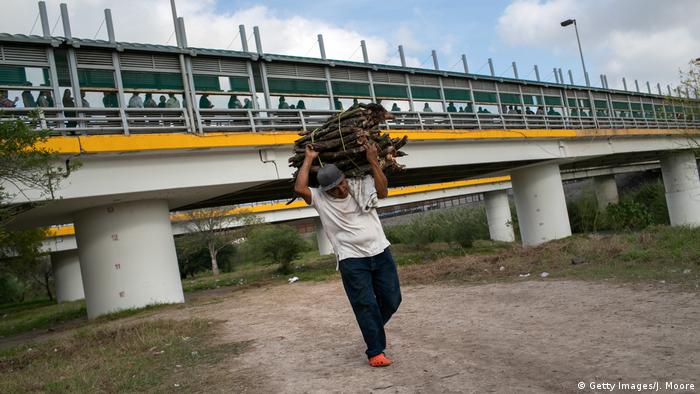 President Donald Trump's administration said late Wednesday the United States will take in no more than 15,000 refugees over the coming year.

That represents a record low figure and comes despite surging global displacement. Nearly 80 million people around the world are displaced, double the number a decade ago, according to the UN Refugee Agency.

Read more: Stuck at border, migrants still hope for asylum in US

How do refugee admissions work?

The US State Department said the reduced figure was an example of the prioritizing of the "safety and well-being of Americans, especially in light of the ongoing COVID-19 pandemic."

The declaration occurred less than an hour before the start of the 2021 fiscal year, narrowly meeting a deadline enshrined in US law.

The 1980 Refugee Act means presidents must issue their demands by October 1. The president must also consult Congress prior to making his determination, though ultimately the decision lies with him.

The 40-year-old resettlement program has been gradually decreasing in numbers since Trump came to power and the 2021 figure will maintain that trend. Next year will see a 16% reduction in comparison with refugee admissions for 2020.

Read more: Who are the Proud Boys?

Life under threat of deportation

Living under the threat of deportation in the US

Trump froze admissions in March as the coronavirus began to take hold in the US, citing a need to protect American jobs as the repercussions of the pandemic brought the economy to its knees.

Secretary of State Mike Pompeo said the White House is committed to providing a safe haven for refugees.

"We continue to be the single greatest contributor to the relief of humanitarian crisis all around the world, and we will continue to do so," Pompeo told reporters in Rome on the sidelines of a conference on religious freedom organized by the US Embassy.

"Certainly so long as President Trump is in office, I can promise you this administration is deeply committed to that."

Trump's main rival in November's presidential election, Joe Biden, has pledged to raise the number of admissions to 125,000.