Donald Trump foreign policy adviser: Trump has no Ukraine policy yet | World | Breaking news and perspectives from around the globe | DW | 25.05.2016

Donald Trump, the presumptive Republican presidential candidate, doesn’t have a Ukraine policy, his foreign policy adviser tells DW. He adds that Trump’s remarks on Germany and terrorism shouldn’t be taken at face value. 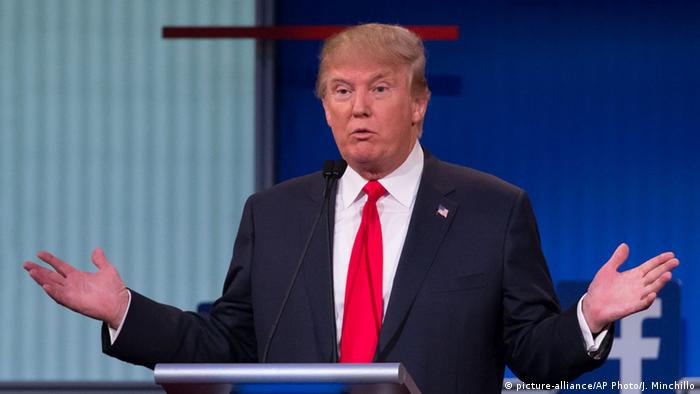 DW: Donald Trump has repeatedly lashed out against NATO, a pillar of transatlantic security since the end of World War II, threatening a US withdrawal if other members do not pay more and calling the alliance obsolete. So how would NATO and the transatlantic relationship look under a President Trump?

Walid Phares: In his narrative he may have cited the extreme scenarios during his primaries, but at the same time later on he explained that what he means is not that the organization is obsolete, but that the role it has now needs to be modified. It was created during the Cold War, its bureaucracy was adapted to the heaviness of the mobilization during the Cold War. What he seeks if and when elected as president is a summit with the leaders of NATO to review the structure and the goals. You want to maintain it basically, but you want to require a dialogue over a change of goals and a change of structure.

For example, he is going to talk about the rising anti-terrorism and counter-terrorism threat in Europe, in the United States and of course in the southeastern Mediterranean. And he would recommend that NATO adapt to this situation. And also alleviate the heaviness of the bureaucracy. The last and most contentious point is about burden sharing. He actually doesn't want to withdraw, he wants to renegotiate the participation of the members of NATO.

So he would not withdraw if he could not get Europeans to spend more on NATO? 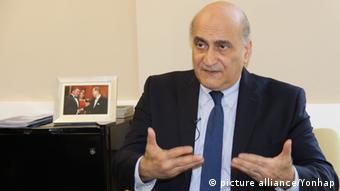 Walid Phares is a foreign policy adviser to Donald Trump

He would not withdraw from NATO as a principle. He has a background in international business negotiation, so if we don't get to the goal, I am walking out. The reality is as President of the United States he would consult Congress, he would consult the agencies and of course you consult with allies. That scenario, of course he mentioned it, but what he means by it is that he would be very firm in these negotiations to change the organization.

In your task list for NATO you did not mention Russia and Eastern Europe. How would that issue fit into Trump's policy?

Let me make a distinction. With regards to the various blocks within NATO, such as for example the classical allies of Western Europe, the Mediterranean associates who also face a different kind of issue such as Italy, Greece and Spain, and then you have Central and Eastern Europe, where especially in Eastern Europe many members are very concerned about their relationship with Russia. He will take this into consideration. He has a principle of not abandoning partners and allies. He is criticizing the Obama-Clinton administration for having let down countries, such as Egypt at one point, or Israel at another point, and the Gulf, when it came to the relationship with Iran. He does not want to abandon any of them. But, at the same time, he wants the heavier part of NATO to contribute more, so that the American tax payers would be satisfied that what they are spending overseas makes sense to them because he would have some economic priorities at home.

With regard to the relations with Russia that is a different issue. But it will tie into NATO. He wants to try to sit down with the Russian leadership and then cut deals or have an understanding on a variety of things. There are things, for example, where America and Russia could find common ground very quickly. And you want to widen that, for example, on anti-terror strategy, obviously. Wherever ISIS is, or al Qaeda, or other Jihadists, he knows Russia is suffering more from the jihadist threat than any member of NATO because of how the jihadists could penetrate Russia. So he would try to find common ground. Where he can't find common ground he will draw firm lines and those firm lines will be the sovereignty of the member countries of NATO.

You did not mention the Ukraine conflict, probably the biggest obstacle to improving ties with Russia. How would Trump deal with that?

Well, on that one let me say that he did not yet develop policies. We know that in his speeches he said that the relationship with Russia and NATO has evolved into a crisis since the invasion of Crimea and the incidents inside Ukraine. But he did not yet develop a policy. But I presume, and I am going beyond what he said, the next phase in the relationship with Russia, now that this has been done, should also cover a solution to the crisis in Ukraine, and a durable one. How that can happen I don't know because he has not yet covered that case.

In his criticism of America's allies, Trump also mentioned Germany several times, asking for instance why "Germany is not dealing with NATO on Ukraine". Is Trump not aware that Germany, as is generally known, played and plays a key role in trying to solve the Ukraine conflict?

Mr. Trump has made those statements. He will certainly be updated. He is moving from the primaries to the national election and he already got his first briefings from the government national security agencies. And after the convention he will have more than one briefing on these issues. In terms of what was the unseen or invisible role of Germany with regard to Russia he will be updated by the agencies of the government.

With regard to Germany in general terms, Mr. Trump would like to maintain the strong relationship with a key ally, a historical ally in Europe. And he would like to see Germany in principle, as well as Britain and France and others, play a stronger role in the unification of Europe and spending on their own resources and sharing the burden with NATO missions, currently for example in Afghanistan, if possible, depending on what the mission is going to be in the future.

With regard to Russia he would meet with the leaders of Germany, Britain, France, Italy and other countries of NATO and they would design a new common strategy. I could not project between now and next February what would be the position of a Trump administration with regard to that point.

To fight terrorism Donald Trump has advocated reinstating torture methods, like water boarding, but also targeting the families of suspected ISIS extremists, both illegal under international law. Do you believe that this would make the US safer from terrorism and what would those actions do to the US image in the world?

When you come to the details, and he also said this last week, he is going to sit down and consult with his agencies and go over what is feasible and what is not, what is necessary and what is not, what is within the law and what is not. He was very clear in other statements that he will review these announcements into what is the set of US laws and international laws. This, again, is part of what the transition into an administration would look like when he will sit down not only with his growing advising team, but with the bureaucracy that will have to update him on what the interpretation of such policies, if they become policies, is. He is making a difference between making a statement to affirm a direction on fighting terrorism and then the reality of what it is.

Are you saying that we shouldn't take the things he is saying on rallies on foreign policy issues seriously?

No, that would be the reaction of the media usually when we try to explain that when he makes a statement he means it when he makes that statement. But he himself has made other statements later saying that when you want to sit down you want to consult with people. When you are president you want to use the official relationship between a president and Congress to look at the legality of things. When he made a statement he means it certainly. But when he wants to make it into a policy then he will have to consult with those necessary agencies and entities around him. And then he could be asked the question at that time are you still convinced you would advance the national security interest by doing such a thing or not.

Walid Phares is a foreign policy adviser to Donald Trump. Previously he served in the same function for US Republican presidential candidate Mitt Romney.

The American billionaire's intentions would mark a notable shift on Washington's approach to North Korea. Trump has also called for renegotiating the Paris climate accord and scrapping post-2008 financial regulations. (18.05.2016)

The likely US presidential candidate called out David Cameron and London Mayor Sadiq Khan on British television. The prime minister had called him "stupid and wrong" about Islam. (16.05.2016)

Trump, the maverick presidential candidate, took a step closer to unifying the GOP after meetings with party leaders. House Speaker Ryan said it was positive but that more talks were needed before he could endorse Trump. (12.05.2016)

Donald Trump's anti-Muslim comments have found resonance with many conservative US citizens, but who could've imagined that a Hindu group in India would hold a ceremony to pray for the Republican front-runner's victory? (11.05.2016)

Norwegian Foreign Minister Anniken Huitfeldt speaks to DW about feminist foreign policy, NATO, defense, the war in Ukraine and the role of women in peace-making.