A life-size golden statue depicting Donald Trump in American flag pants rolled into the convention hall, officially starting the annual gathering of conservatives. The theme of the Conservative Political Action Conference, or CPAC, may have been "America Uncancelled" — but all eyes were fixed on Trump.

Due to coronavirus restrictions, the gathering, which is normally held near Washington, DC, was moved south to sunny Orlando, Florida, where pandemic guidelines are less stringent. And the enthusiasm for the former president in these conference halls was very apparent.

"Trump is the future of the party," Congresswoman Marjorie Taylor Greene, who has backed conspiracy theories, told DW. And a lineup of other Trump loyalists took to the stage to celebrate their former leader and to showcase themselves as a possible successor to the former president in 2024. Attendees marched around the facility trotting out their favorite Trump merchandise, including "Make America Great Again" hats and other clothing bearing Trump's favorite catchphrases. 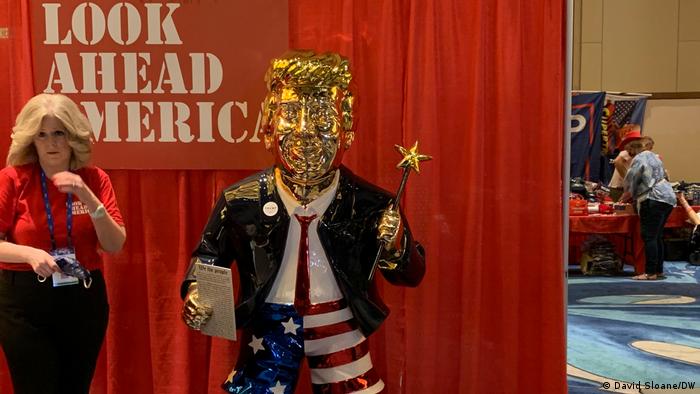 "I only vote for outsiders," said Dash, who has no interest in any other potential Republican candidates in 2024. "I voted for Obama because he was an outsider, but he became an insider and that is why I voted for Trump because he is an outsider."

Despite losing the White House, Senate and House, Trump has cemented himself as the leader of the party. His two impeachments, a raging pandemic and a flailing economy have not slowed his support.

According to a recent Quinnipiac University poll, 75% of Republicans want Trump to play a significant role in the party going forward. CPAC event-goers in Orlando, too, have shown they are set on Trump as their next Republican presidential candidate.

"Donald Trump will run in 2024," Republican Congressman and Trump loyalist Matt Gaetz told DW. The lawmaker said Trump was the best candidate to represent the party in both the short and the long term. 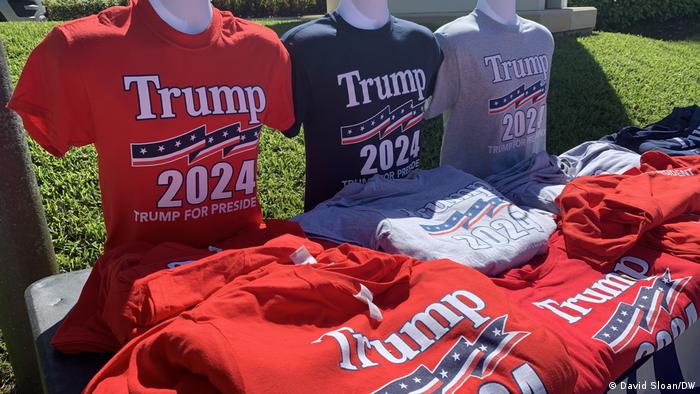 Trump only hinted at a new presidential bid, but his supporters are certain he will run

Even though Republican leaders have made some small attempts to move away from Trump, they have quickly realized that his presence is here to stay. Earlier in February, Republican Senate Leader Mitch McConnell derided Trump for his role in the January 6 attack on the Capitol, but later told reporters that he would support Trump if he were the Republican nominee in 2024.

Another vendor selling Trump merchandise, who wished to remain anonymous, said he did not trust any of the other Republicans who wanted to run in 2024 and would vote only for Trump. If Trump did not make another run for the White House, the vendor said, he would support the former president's eldest son, Donald Jr.

No room for dissent

Usually, CPAC is an opportunity to spot the next up-and-coming conservative politician who will lead the party in the future. But anyone attempting to take the reins of the party will have to wait a while longer. Attendees here had only Trump on their minds, circling the hallways in search of anyone who had any attachment to 45th president.

When Ben Carson, the former Trump housing and urban development secretary, and former Secretary of State Mike Pompeo made their way through the crowds, supporters swarmed the former Trump officials, hoping to get a selfie or hug.

Such celebration of the former president could not easily brook dissenters, and the 10 House Republicans who voted to impeach Trump for his role in the January 6 riot at the Capitol became targets. 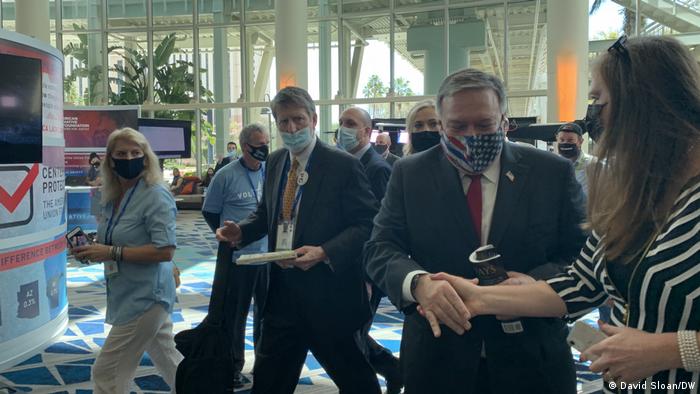 Taylor Greene said her colleagues on Capitol Hill who didn't support Trump needed to pay attention to the real enemy, which is the Democratic Party. Gaetz went further, alluding to the fact that anyone who challenged Trump would face challenges to their own posts in the 2022 primaries, threatening to actively campaign against his own colleagues.

The final day of CPAC was the main event. Politicians spoke throughout the weekend with mostly thinned-out crowds, but when Trump took the stage, he was met with a rockstar introduction.

Before his speech, the country had not heard from Trump since he left office over a month ago. The 74-year-old politician used his first public appearance as a private citizen to stake his claim of the Republican Party — and immediately attacked President Joe Biden and the Democratic Party. Trump continued to falsely claim that the 2020 election was rigged and that he was the winner. 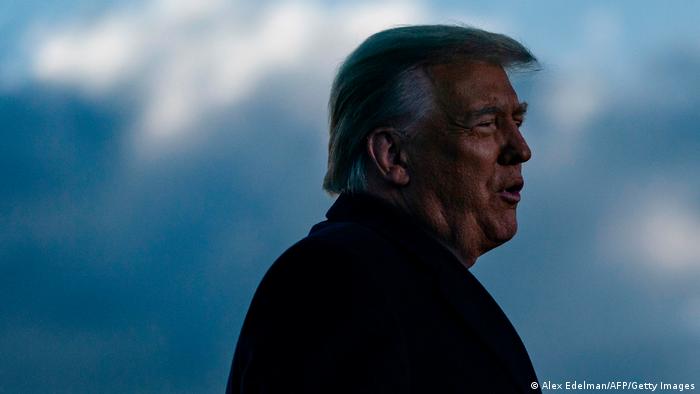 Before his speech at CPAD, little had been heard of Trump since he left office

In an attack on dissenters, Trump named all House members and senators who voted to impeach or convict him earlier this year. The lawmakers' names were met with loud boos, with Trump promising to be active in electing "strong Republicans" — a move that could further fracture the party.

But the real question on many minds was: Will he run for president in 2024?

While not giving any unambiguous confirmation of another attempt, Trump hinted, as he blasted the Biden administration and the Democratic Party: "I might even decide to beat them for a third time."

The "third" time is a reference to Trump's first election win in 2016 — and the false claim that he won the presidency in 2020.

Trump's tease of another presidential bid was met with roaring cheers from the crowd — in yet another sign that the former president has much support within the Republican Party.

The former US president has made his first major public appearance after leaving office. Trump has teased his supporters that he may "beat" Biden in 2024.