For the first time, federal police have released national data on violence in relationships in Germany. The information shows that murder, sexual offenses, bodily harm and stalking are not uncommon between partners. 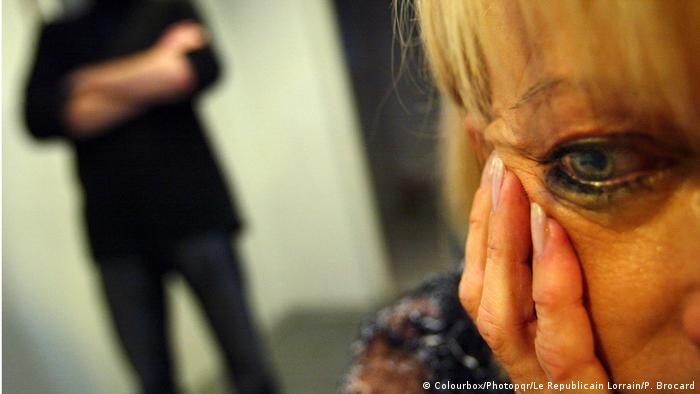 The Federal Criminal Police Office (BKA) together with the German Minister for Family Affairs, Manuela Schwesig, released the statistics in Berlin on Tuesday. This is the first time police were releasing numbers showing the extent of violence in intimate relationships, the BKA said in a press statement.

According to the BKA's figures, in 2015, a total of 127,457 people in relationships were targets of murder, bodily harm, rape, sexual assault, threats and stalking. Eighty-two percent, or over 104,000, of these were women.

Among the women, over 65,800 suffered simple injuries, 11,400 were badly injured, 16,200 were subjected to threats and nearly 8,000 were victims of stalking. Three hundred thirty-one women were killed intentionally or unintentionally by their partners.

In cases of rape and sexual assault, almost all the victims were women. Over ninety percent of victims of stalking and threats were also female, according to the statistics.

In a press statement, the BKA's President Holder Munch explained that police had registered several cases of abuse, starting from subtle forms of humiliation, insults and intimidation, psychic, physical and sexual abuse to rape and murder.

"Domestic violence against women, against men, against children is not a private affair, it is a punishable offence and must be tracked accordingly," Family Minister Manuela Schwesig told reporters.

"Violence, that takes place within one's own four walls, in a place where one should feel secure, is unfortunately true for many women. This taboo, of not speaking about it, must be broken. For the first time numbers for this particular subject have been specifically evaluated," she added.

The authors of a new book say 200,000 children are abused in Germany each year. But experts disagree on the number - and on how to protect children from domestic violence. (10.02.2014)

Women in South Asia and Germany

Death, Violence and a Leading Culture

DW-WORLD readers this week commented on a variety of issues: EU opposition to the death penalty, domestic violence in Spain and Germany's debate about a "leading culture." (26.11.2004)