Dogan Akhanli: 'Writing is my weapon'

A human rights activist in Turkey and beyond, the writer Dogan Akhanli died on October 31 after a short illness. He was 64. In 2019, the Goethe-Institut medal winner talked with DW about writing and state persecution. 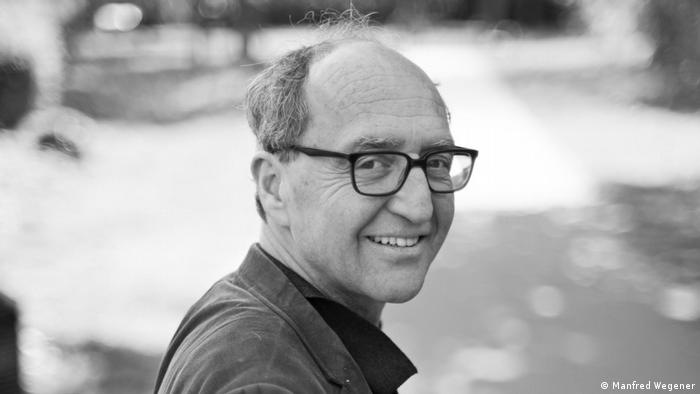 In a Berlin café in 2019, Dogan Akhanli sat with an espresso and bit on a biscuit. The Turkish-born writer who has focused his work on 20th century genocides — and dissidents like himself who have had to flee political violence — was talking about his exile in Germany after seeking asylum in the early 1990s.

"Here I found the peace to think about everything I've experienced," Akhanli told DW, explaining how he found the inspiration to write for the first time in Germany. "My wife, my child and I were all tortured. We were injured people when we got here."

"But I did not want to accept those injustices done to me, my family, and the entire society," he added. "I used writing as my weapon. That was the only thing I could do. That was my way of raising my voice and resisting."

Akhanli was born in 1957 in southeastern Turkey, in the province of Artvin near the Georgian border. As a 12-year-old he was sent to school in Istanbul, where he studied history and pedagogy and became politically involved after joining the banned Revolutionary Communist Party of Turkey (TDKP). Following the 1980 military coup in Turkey, he went underground.

Along with his wife and his 16-month-old son, Akhanli was arrested in May 1985 and spent two years as a political prisoner in a military jail in Istanbul. In 1992 he escaped from Turkey and was granted political asylum in Germany. He has since lived in Cologne. Turkey denied him citizenship after he'd refused Turkish military service.

Akhanli dealt with violence in his writings. Not only with the violence he personally experienced, but also violence against women and minorities, and historical violence during the Armenian genocide as well as the Holocaust.

Four of his novels have been translated into German, including his most recent, Madonna's Last Dream, which revives the journey of the Struma, a refugee ship sunk in the Black Sea in 1942, killing around 780 Jewish refugees on board who were fleeing the Nazis. 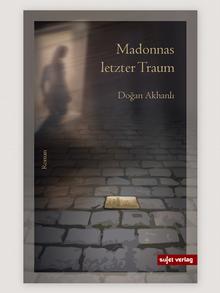 Since going into exile, the writer has continually been targeted by the Turkish government. When he visited his sick father in Turkey in 2010, he was arrested upon arriving in the country. The authorities accused him of involvement in a robbery in 1989. After spending several months in custody, he was released for lack of evidence.

During a holiday in Granada in 2017, Akhanli was arrested by the Spanish police in his hotel room following an Interpol request from Turkey. German politicians and the international writers' association PEN, of which Akhanli is a member, say the arrest was politically motivated.

"The violation of human rights and the restriction of freedom of expression has greatly increased," said Akhanli of the situation in Turkey since the failed coup d'état in 2016. Writers and journalists are particularly affected.

"The government's strategy is to silence the voices of writers and journalists in order to prevent the exchange of information," the dissident said. "The fact that thousands of academics, trade unionists and journalists are being forced to leave Turkey is hurting the country," he added.

"In the end it is Turkey who loses, because all of this only leads to a dead end. The only thing we can do from here is to show solidarity with the people in prison and to be their mouthpiece."

The perennial focus of Dogan Akhanli's 25-year writing career has been arbitrary violence and the abuse of power, the worst excesses occurring during the Holocaust and the Armenian genocide of 1915-17.

His writing about these darkest chapters in history aimed to ensure that the past does not repeat itself. He was also involved in civil society organizations such as "Flight, Exile and Persecution," a project that explores the Armenian-German-Turkish relationship in light of Nazism and the genocide in Armenia carried out by the Ottomans.

"With great clarity and without simplifications, he commits himself to the culture of remembrance and the dialogue of cultures. His poetry is truth, a bitter truth, beautifully interwoven in his novels, plays and essays, which contributes in a special way to understanding among nations," said the jury statement when Akhanli was honored with the Goethe Medal.

On October 31, 2021, Dogan Akhanli died in Berlin after a short but serious illness. "As president, I mourn the loss of the member of the German PEN, as a reader, a great writer, as a companion, a fighter for human rights, peace and coming to terms with the crimes against the Armenians," writes the current German PEN President Deniz Yücel.

With Dogan Akhanli's death, the literary world loses one of the most important fighters for human rights and democracy.

Turkish Fashion: From Hijabs to Streetwear

This portrait was first published on Aug. 28, 2019, when Dogan Akhanli received the Goethe Medal along with director Shirin Neshat and publisher Enkhbat Roozon. The text was updated on the occasion of Akhanli's death.

Two months after his arrest in Spain on a Turkish warrant, the German-Turkish writer and Recep Tayyip Erdogan critic Dogan Akhanli has arrived home to Cologne. Before returning, he spoke to DW about his experience. (19.10.2017)

After keeping him in the country two months, the Spanish Justice Ministry told German-Turkish writer Dogan Akhani he was free to leave. That's despite a Turkish arrest warrant from requesting his extradition. (13.10.2017)