For years, German China experts have complained that Germany’s media coverage of China is too negative. But now a German daily has claimed that the majority of German Sinologists kowtow to China. 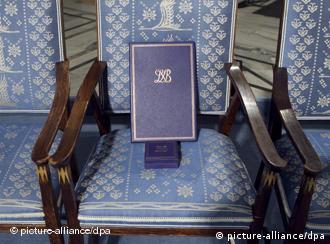 Many countries defied Chinese diplomatic pressure earlier this month, by sending an envoy to the Nobel Peace Prize ceremony in Oslo for the Chinese dissident Liu Xiaobo.

Many Western intellectuals applauded when Liu, who is serving an 11-year jail term, was proclaimed this year’s Nobel Peace Laureate. Politicians from all over the world demanded his immediate release.

But journalist and China expert Kai Strittmatter said there was a conspicuous silence among Germany’s Sinologists.

"Even though they are focusing their attention on modern China more and more, a Chinese citizen gets a Nobel Prize for the first time, and they say almost nothing," he said. "That’s strange and the question is why?"

Some German Sinologists depend on Beijing

In a recent article in the Sueddeutsche Zeitung, Strittmatter argued that German Sinologists had stayed mum because their jobs were partly dependent on the Chinese government.

He pointed out that two professorships at Goettingen University were sponsored by Beijing.

Meanwhile, Jörg-Meinhard Rudolph from the University of Applied Sciences in Ludwigshafen said that that some German Sinologists feared future research projects could be jeopardized if they were to displease the Chinese authorities.

"They are interested in doing research in China. Chinese academics can conduct research independently in Germany," he explained. "But foreign, German or European academics in China cannot work alone. They need so-called partners."

The connection between the Chinese departments of German universities and Confucius Institutes has also come under scrutiny.

There are 11 Confucius Institutes located in German universities. These establishments are the Chinese equivalent of the Goethe Institute or British Council, promoting Chinese culture and language abroad. 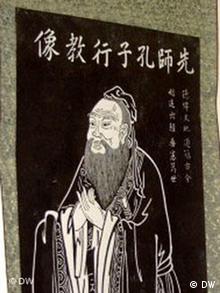 Many see the Confucius Institutes as a Chinese soft-power tool

Many of the staff employed to teach Chinese language courses are financed by Beijing.

Some critics say that China has thus been influencing the direction of Chinese studies in Germany.

For German Sinologist Susanne Weigelin-Schwiedrzik, who is the head of Vienna University’s Chinese department, "every single scholar has to make his or her position very clear because this is a highly-sensitive political minefield."

"The best thing to do is keep a distance. I work with Chinese academics but I always make it clear to them that my research is not dependent on them," she said.

Although she also acknowledged that freedom of speech included a scholar’s right to remain silent on certain issues, but also thought academics do bear some responsibility as public figures.

"I am of the opinion that I am morally obliged - as someone who is open and has a view of the world and as a European intellectual - to observe and analyze the world, from beyond my academic sphere."

After all the public criticism in the media, it will be interesting to see whether more German China experts remember this the next time a Chinese dissident is awarded a prize.

Beijing has launched major military exercises encircling the island in a show of force after US House Speaker Nancy Pelosi's visit. Taiwan has decried the "illegitimate, irresponsible" drills.