Many Chinese intellectuals around the globe celebrated when the Nobel Committee announced Liu Xiaobo's name as this year’s Nobel Peace Prize laureate. But some are also unhappy with the decision. 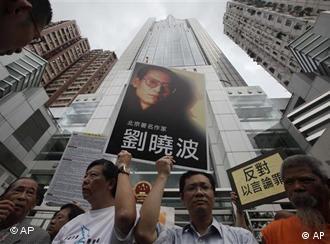 Not many among the 1.3 billion Chinese had heard the name of Liu Xiaobo before October. But thanks to an official media campaign against the 54-year old activist, he is now better known than ever.

The Chinese media have reported that Liu is being awarded the Nobel Prize because he has tried to sabotage the "peaceful rise of China" for years. He has been compared to the Dalai Lama who got the prize in 1989 and is regarded as a separatist by Beijing. 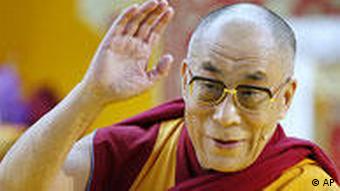 According to Chinese media reports, Liu Xiaobo has been used by western countries as a political tool in order to weaken China and throw the country into chaos. The Nobel Peace Prize was described as an award to Liu for committing treason.

Does China need 300 years of colonialism?

The Chinese media have been trying to discredit Liu Xiaobo in many ways. For example, they published quotes of Liu saying that China would need at least 300 years of colonialism in order to develop properly. But those lines were quoted out of context, says Jin Zhong, a journalist based in Hong Kong. He is the publisher and editor-in-chief of the liberal magazine "Kaifang" – or "Open".

When Liu visited Hong Kong for the first time in 1988, he was impressed by the freedom and wealth of the then British colony, remembers Jin. When Jin asked Liu how China should develop in the future, Liu answered somewhat ironically: "China needs at least 300 years of colonialism, if Hong Kong has needed 100 years for this kind of freedom and prosperity."

Debate within the Chinese internet community

"Of course he was exaggerating," recalls Jin, "Liu has been a strong supporter of Western-style democracy and freedom."

Still, Liu's quote has been widely discussed within the Chinese internet community. Patriotic users are upset, whereas their critics wonder why the Chinese cadres are sending their offspring abroad to study in Western countries, if they are so negative about the West.

Most Chinese liberal thinkers welcome the Nobel Peace Prize for Liu. They say that it is not only an award for Liu’s commitment to more democracy in China, it is in fact honoring the whole Chinese democracy movement. 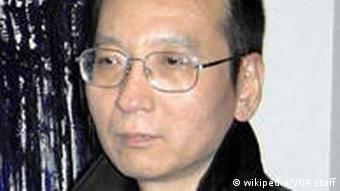 Liu Xiaobo is a co-initiator of the Charter '08

"There is no better candidate for this prize," says Qian Yuejun, a Chinese dissident based in Germany, "He was the only choice within the Chinese pro-democracy movement who really deserves the award."

In 2008, Liu Xiaobo was one of the initiators of the so-called Charter '08 – a manifesto demanding more democracy and freedom within China. Two days before it was published, Liu was arrested and later sentenced to eleven years in prison on subversion charges.

"As co-initiator, Liu has gathered over ten thousand supporters for the Charter '08 within a short period. No one else within the divided pro-democracy movement can be as convincing as Liu. He is the only one who can mobilize so many people," explains Qian.

But among the critics of the communist regime, there are also voices against Liu Xiaobo. In their eyes, he is too ready to compromise. "For an intellectual, Liu’s thinking is very problematic. He has studied Marxist ideology during his time in university," argues Zhong Weiguang, another Chinese dissident living in Germany. "He embodies the communist ideology. That is why he doesn’t deserve the Nobel Peace Prize."

Tienchi Martin-Liao, president of the Independent Chinese PEN Center, a position that Liu Xiaobo has also held, has her own thoughts. (09.12.2010)

Nobel winner Liu Xiaobo's seat won't be the only empty one on Friday when the prizes are awarded in Oslo. After pressure from China, 20 nations have said they won't be attending the ceremony. (09.12.2010)

Pictures of the Nobel Peace Prize ceremony 2010 held in Oslo.