China presses nations to steer clear of Nobel award ceremony | World| Breaking news and perspectives from around the globe | DW | 10.12.2010

Nobel winner Liu Xiaobo's seat won't be the only empty one on Friday when the prizes are awarded in Oslo. After pressure from China, 20 nations have said they won't be attending the ceremony. 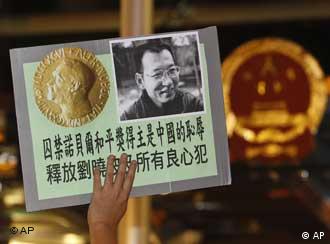 Liu won't be in attendance at the Nobel Peace Prize ceremony

A total of 65 countries have embassies in the Norwegian capital of Oslo and recently they've all received the same two pieces of mail.

An invitation from the Nobel Prize committee to attend the award ceremony for the 2011 Nobel winners and a letter from the Chinese Embassy requesting they steer clear of the event.

"We have noticed that the Chinese are very engaged this year," said Geir Lundestad, director of the Nobel Institute. "They want as few nations as possible to accept the invitation. Now we'll see who does not come for political reasons and who have other reasons."

The Nobel Committee has said 44 nations will be sending envoys to the ceremony, including EU member states, the United States, Japan, India, South Korea, South Africa, Indonesia and Brazil. 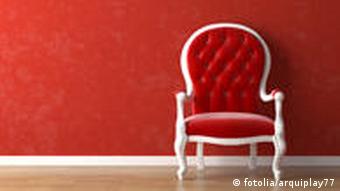 At the ceremony, 20 countries will have empty chairs

But another 20 countries have said they will not be in attendance. Serbia cited its interest in maintaining good relations with China for its absence, but other countries, including Russia, are offering other reasons. Moscow has said scheduling difficulties - not political considerations - were keeping it away.

But the scheduling conflicts veil Russia's political motive not to attend, according to Sergei Lukashevsky, the head of Moscow's Sakharov Museum.

"That Russia is not participating in the Nobel Peace Prize's award ceremony once again makes it clear that human rights do not play a prominent role in our foreign policy," he said.

"Russia and China are members of the Shanghai Organization for Cooperation and one of its goals is the fight against so-called extremism," Lukashevsky added. "What that really means is that the countries support each other when it comes to fighting uncomfortable political situations.

Several countries in the Middle East as well as Afghanistan, Pakistan and the Philippines are also avoiding the ceremony because for economic and political reasons, according to Rainer Sollich, head of Deutsche Welle's Arabic department.

"They are all states that have problems concerning human rights and operate under the understanding that they wouldn't want China at a ceremony honoring someone they view as an opponent of their regime."

China's policy regarding the award ceremony and the still-imprisoned dissident Liu has been clear. Referring to the Nobel Committee, Chinese Foreign Ministry spokeswoman Jiang Yu said, "We will not change because of interference by a few clowns."

Beijing awarded its own version of the Nobel Peace Prize on Thursday by giving the "Confucius Peace Prize" to former Taiwan vice-president Lien Chan. Like with Liu's Nobel, Chan was not in attendance to claim the award and his office said he was unaware of the prize.

China has blocked access to the website of Norwegian broadcaster NRK, the station said on Thursday. Access to the BBC and CNN has also been affected ahead of Friday's ceremony, according to NRK. 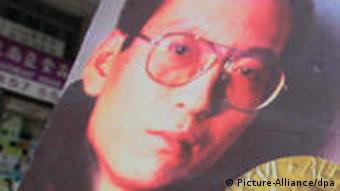 More protests in support of Liu are scheduled for Thursday

Friday will mark only the second time in the more than 100-year history of the prize that neither the laureate nor a representative will be able to come accept the award. German journalist and pacifist Carl von Ossietzky, who was locked up in a Nazi concentration camp, could not travel to Oslo for his prize ceremony in 1936.

In addition to Liu and Ossietzky, Myanmar's Aung San Suu Kyi was also barred from receiving her Nobel Peace Prize in 1991.

Liu has long been an outspoken opponent of Chinese leadership in Beijing and was at the forefront of the 1989 Tiananmen Square protests. He was jailed in December 2009 for 11 years on subversion charges after co-authoring "Charter 08," a manifesto that called for political reform in China.

Nobel officials said an empty chair would be used to represent Liu's absence.

Incarcerated in China for his subversive political activities, writer and Nobel Prize-winner Liu Xiaobo has received a special award from the German PEN committee in honor of his achievements. (16.11.2010)