Hartmut Hopp of the infamous "Colonia Dignidad" cult in Chile will not be serving a prison sentence, a Düsseldorf court has ruled. A victim's attorney said the ruling was an "invitation" to pedophiles to hide in Germany. 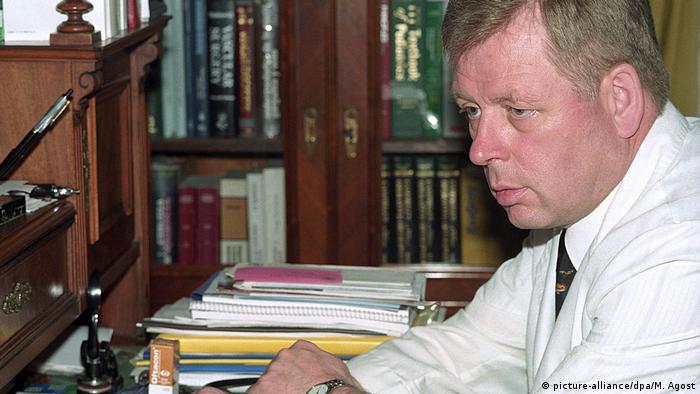 A German court decided not to enforce a verdict handed by a Chilean court against Hartmut Hopp, one of the leading figures of the abusive "Colonia Dignidad" cult, for allegedly aiding in the sexual abuse of children and minors.

The 74-year-old Hopp was a close aide of ex-Nazi and convicted pedophile Paul Schäfer, who founded "Colonia Dignidad" in Chile in 1961. Many children and youths growing up at the remote compound suffered sexual abuse, with the cults' leadership eventually facing charges of weapons smuggling, unlawful imprisonment and drug use. During the era of military dictator Augusto Pinochet, the colony also served as a torture site for the secret police, with residents allegedly taking part. Dozens were killed at the site.

The founder, Paul Schäfer, managed to avoid arrest until 2005. He was sentenced to 20 years for child abuse in 2006 and another 13 years on charges of homicide, torture, and violating weapon laws. He died while in prison in 2010 at the age of 88.

Hopp, who served as the "Colonia Dignidad" doctor, faced charges of his own. In 2011, a Chilean court sentenced him on 16 counts of aiding the sexual abuse of children. However, Hopp managed to flee the South American country before his sentence was set to start. Chilean authorities subsequently asked Germany to enforce the sentence on German soil. In 2017, a Krefeld court granted the request, ruling that Hopp needed to serve a five-year prison term. Hopp's attorneys launched an appeal.

A German indictment for Hopp?

The verdict on Tuesday by the higher regional court in Düsseldorf overturned last year's court decision.

According to the Düsseldorf judges, Chilean authorities had failed to prove that Hopp had committed any actions punishable under German law. Despite Hopp's senior position in the colony, it was not proven that he "at least objectively made it easier" for Schäfer to commit his crimes, the court said.

The ruling is final and there is no possibility of appeal.

Krefeld prosecutor Axel Stahl said his department was looking into filing charges against Hopp under German law. The indictment would involve aiding child abuse, but also Hopp's alleged involvement in the murder of three opposition activists in 1976 and non-medically justified distribution of psychoactive drugs.

Victims' representative Wilfried Hempel, who managed to flee "Colonia Dignidad" at the age of 20, said the verdict was a "big mistake."

The German court failed to take into account some 24,000 pages of court papers from Chile and also did not talk to the victims, according to the attorney.

"The ruling is an invitation to all the pedophiles of the world to seek refuge in Germany," Hempel said.

In turn, Hopp's lawyer Helfried Roubicek said that the verdict vindicated his client and "hopefully returned Hartmut Hopp some of his dignity." After fleeing to the town of Krefeld, Hopp has been "shun, insulted and excluded from daily social life" and faced protests in front of his home, Hempel added.

The ruling has also been criticized by opposition lawmakers in the German parliament, with Left party deputy Jan Korte describing it as a "slap in the face" for the victims. After Hopp was legally declared a free man, "the government should promptly take all possible steps to finally investigate the perpetrators, both in Chile and Germany," he said.

At the Colonia Dignidad compound in Chile, Paul Schäfer ruled over his followers with an iron fist. Exhausting work, violence, and abuse dominated daily life.