German prosecutors have asked a court to enforce a verdict from Chile and send fugitive Hartmut Hopp to jail. Hopp was among the top members of the Colonia Dignidad cult, and allegedly aided the sexual abuse of children. 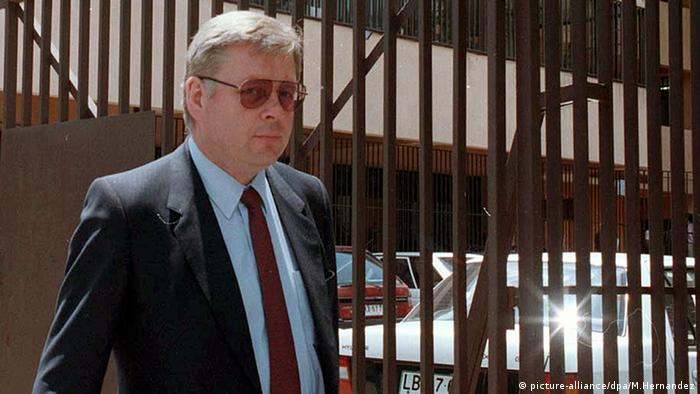 In the 1980s, Hopp often acted as a spokesman for the cult

German officials urged the court to uphold Hopp's five-year sentence, a spokesman for the prosecutor's office in the western town of Krefeld said on Tuesday.

The 72-year-old doctor fled Chile in 2011, after a court in the South American country found him guilty of 16 counts of aiding child abuse. As a German citizen, Hopp is protected from extradition while in Germany.

During his time in Chile, Hopp was a member of a closed community called Colonia Dignidad, which consisted mostly of German expatriates. He also acted as a deputy and right-hand man to the enclave's founder, Paul Schäfer - a former Nazi and convicted pedophile.

The Chilean authorities have discovered that the community functioned as a cult, where children were abused for decades and residents forbidden to leave the colony. The cult leadership also cooperated with the Pinochet regime, which used Colonia Dignidad's premises as a torture camp and warehouse for weapons and poison gas.

Germany: A German sect in Chile

Cult leader Schäfer was arrested in 2005 and died in prison five years later.

His deputy Hartmut Hopp, however, managed to find refuge in Germany before his own verdict took legal effect. He has denied any wrongdoing.

On Tuesday, German prosecutors said that they had reviewed the trial in Chile and found it to correspond with German standards, prompting them to recommend enforcing the sentence.

The move was greeted by the European Center for Constitutional and Human Rights (ECCHR) in Berlin.

"The victims of Colonia Dignidad crimes have already waited too long for justice in Germany," said ECCHR chair Wolfgang Kaleck.

The court is due to announce its decision in the coming weeks. Hopp's lawyers said they would appeal if necessary. Germany's ministries of justice and foreign affairs also need to approve the verdict before Hopp can be imprisoned.