Paul Schaefer, the ex-Nazi corporal who tyranically ruled a Chilean cult community, died Saturday while serving a prison sentence for abusing children and taking part in the torture and murder of political prisioners. 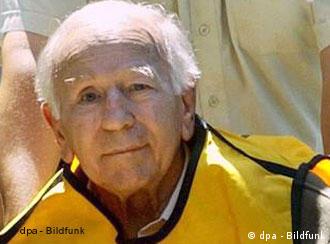 Schaefer was convicted of sexually molesting 25 children in Chile

A former Nazi military medic who led a cult of German refugees to Chile has died in a Chilean prison where he was serving a sentence on charges of child sexual abuse, murder and torture.

Paul Schaefer was 89 when he died of heart failure in a prison hospital on Saturday.

"At last, the final judgment has been made," Hernan Fernandez, a lawyer for the Chilean abuse victims, told the DPA news agency. 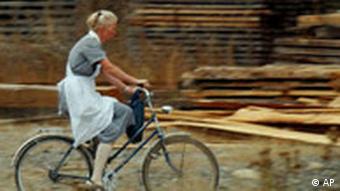 Schaefer's followers lived a life sealed off from modernity until recently

Schaefer moved with about 250 followers to Chile in 1961, founding a religious commune they first called "Colonia Dignidad."

Schaefer ruled over the settlement with an iron fist. Men and women lived separately and children were taken from their parents at age two to be raised in collective, gender-segregated nurseries.

Residents were forbidden contact with the outside world and taught to revere Schaefer as a god.

Chilean authorities began investigating accusations of sexual abuse against him in 1997. Soon afterwards, he fled to Argentina, where he was captured in 2005. After his extradition to Chile, he was convicted of abusing and torturing 25 children.

Schaefer also was serving time for collaborating with the authoritarian regime of dictator Augusto Pinochet and allowing the commune to be used as a torture site for political prisoners.

Schaefer was born in the town of Siegburg in 1921. After serving as a medic and officer under the Nazis in World War Two, he became a evangelical preacher.

He tried unsuccessfully to work as a youth leader in several church institutions, but was fired several times after being accused of molesting underage boys. He then set up his own ministry and a youth home, but he was again accused of sexual abuse. He fled in 1961 to avoid being charged.

The Chilean colony, which sits about 350 kilometers (217 miles) south of the capital of Santiago, is today known as Villa Baviera - "Bavarian Village."

Families are now permitted to live together, and it has begun to re-establish links with the outside world. It is financially successful, building a trade in agricultural products and baked goods.

"A person's death is always sad, and what he did in his life is not important in such a moment," the settlement's spokesperson, Martin Matthusen, told Chilean broadcaster Coopertiva.

Former German army corporal Paul Schäfer has been charged with torturing eight children in a mysterious German enclave that he founded in Chile, according to judicial sources. (29.12.2005)

German Foreign Minister Joschka Fischer on Friday hailed the arrest of former Nazi Paul Schaefer in Argentina and said he hoped it would shed light on alleged child sex abuse at a shady sect he led in Chile. (11.03.2005)

At the Colonia Dignidad compound in Chile, Paul Schäfer ruled over his followers with an iron fist. Exhausting work, violence, and abuse dominated daily life.