Former Nazi Pedophile Nabbed in Argentina | Germany| News and in-depth reporting from Berlin and beyond | DW | 11.03.2005

German Foreign Minister Joschka Fischer on Friday hailed the arrest of former Nazi Paul Schaefer in Argentina and said he hoped it would shed light on alleged child sex abuse at a shady sect he led in Chile. 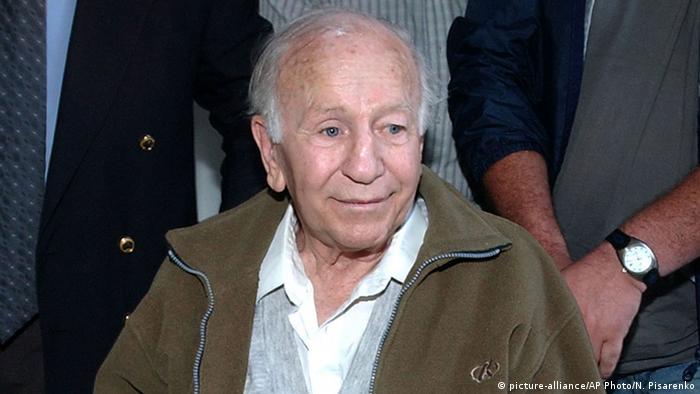 Paul Schäfer, 83, was arrested in the community of Tortuguitas, a town 30 kilometers (18 miles) west of Buenos Aires along with six people described as his security team, Argentine police said.

Schäfer was the charismatic leader of a notorious German enclave in southern Chile called "Colonia Dignidad." He has been hiding since a warrant for his arrest on multiple counts of pedophilia was issued in August 1996. Schäfer was convicted of the charges in November 2004 along with 22 other Dignidad members.

"The arrest of Paul Schaefer is good news," Fischer said. "His arrest will allow a comprehensive investigation all the criminal activities in the former Colonia Dignidad to be carried out and punishments to be handed down."

Argentine Police Commissioner Alejandro Dinisio told AFP that Schäfer carried no identification documents and refused to speak at the time of his arrest. He added that police had been on his trail for six months.

Television reporters mobbed Schäfer as an agent pushed the elderly suspect on his wheelchair into a provincial police station. Schäfer was shown on television handcuffed and smiling, and holding a bottle of soda.

Officials said he could be transferred to Buenos Aires as early as Friday.

A former corporal and medic in Hitler's Nazi army, Schäfer fled Germany to Chile in 1961 to avoid child sexual abuse charges. He established the self-sufficient Colonia Dignidad, also called "Villa Baviera," in the mountains near the city of Parral, some 350 kilometers (218 miles) south of Santiago along with other German immigrants. 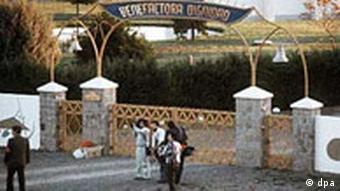 Surrounded by barbed wire and electric fences and protected by barricades, the community, populated largely by Germans, adhered to a strict discipline and remained cut off from the rest of Chile. A mixture of cultic practices such as exorcising devils and psychological terror were said to rampant in the sect.

In 1996 a number of former residents testified that Schäfer systematically abused the colony's young children, many of whom were taken from the parents at birth. Accusations of forced labor and other forms of maltreatment also surfaced at the time.

A torture center and school

Chilean officials also want Schäfer in connection with torture during the 1973-1990 Pinochet dictatorship. The colony apparently served as a torture center for the Chilean secret service as well as a torture school where former Gestapo and Nazi officers gave lessons.

Investigators say that political prisoners, including former leftist leader Alvaro Vallejos Villagran -- arrested by Pinochet agents in May 1974 -- vanished after being sent to Colonia Dignidad. A former member of Pinochet's secret police gave testimony stating that he knew Vallejos Villagran was taken alive to Dignidad.

Schäfer and the colony are believed to have enjoyed Pinochet's protection right until the end of his dictatorship in 1990.

Police also want to question Schäfer about the 1985 disappearance of Boris Weisfeiler, an American Jewish mathematics professor of Russian origin. 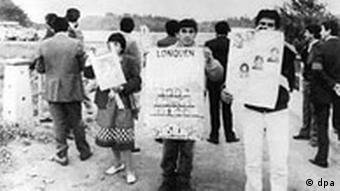 Investigators believe Weisfeiler was picked up by a military border patrol while he was backpacking in the region on suspicion of being a spy and dropped off at Dignidad. Weisfeiler's sister Olga said there were reports by Dignidad residents of seeing him alive up to two years later.

Schäfer's arrest on Thursday sparked relief among the present residents of the colony. About 300 people, mainly Germans, still live there.

"I believe, we're all happy here today. I definitely am -- we had to suffer too much," one of them told Chilean television.

To accelerate Schäfer's departure, the Chilean interior minister asked his Argentine counterpart to kick him out of Argentina and avoid going to court to ask for an extradition, which could delay the case with appeals.

Officials praised the joint action on Thursday by Argentine and Chilean police which led to Schäfer's arrest.

"We are proud of this arrest," said a justice spokesman in Santiago de Chile. "We expect that Paul Schäfer will have to face two charges as soon as possible: one for sodomy against a child and the other for the disappearance of Alvaro Vallejos Villagran."

Belgium's biggest trial in living memory opens in the southeastern town of Arlon on Monday when accused pedophile Marc Dutroux appears in court, some seven years after the crimes that horrified the country. (March 1, 2004)

Two leading officials at a Catholic seminary in Austria have been identified in an investigation into alleged sexual abuse of student priests and the possession of pornographic and pedophile material. (July 13, 2004)