Colonia Dignidad: No ′glorious chapter′ for German diplomacy | Germany | News and in-depth reporting from Berlin and beyond | DW | 27.04.2016

Torture, slavery, child abuse: Germany's foreign minister met with victims of a German sect run in Chile for decades. At the same time, the government in Berlin is declassifying the Colonia Dignidad files. 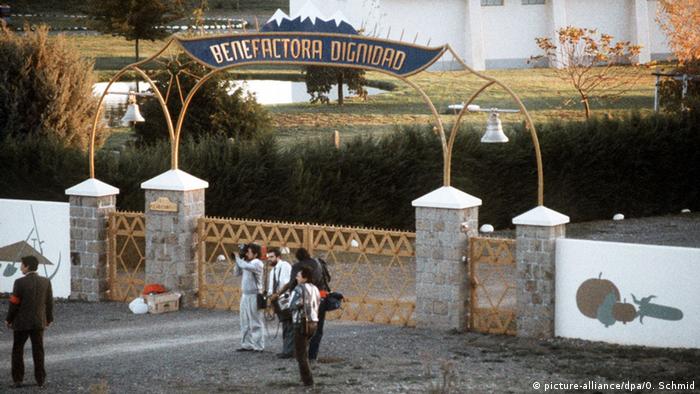 Human rights groups welcome as a "positive step" plans by the German government to make public files on the notorious Colonia Dignidad colony in Chile.

Files that would have remained sealed for another decade will be made available to journalists and researchers in the coming weeks, German Foreign Minister Frank-Walter Steinmeier said. The documents detail how informed German diplomats were about what was going on in the colony from 1986 to 1996. The foreign ministry isn't responsible for what Paul Schäfer and his cronies did, but the German embassy denied the colony's residents the protection they would have needed. "I salute the victims of Colonia Dignidad," Steinmeier told a group of victims Tuesday in Berlin. Wolfgang Kneese managed to flee when he was 20

Steinmeier conceded that German diplomats for decades turned a blind eye to the human tragedy playing out before them, adding that embassy staff in Chile should have been able to see what was going on at the Colonia Dignidad commune. From the 60s to the 80s, German diplomats looked the other way, and "did too little to protect their citizens in this commune," he said.

Respect for the victims

The foreign ministry in Berlin has pledged that it will find out what role German diplomats played. "Transparency is imperative," Steinmeier told the victims, who had traveled from Chile to Berlin to hear just those words.

Colonia Dignidad was founded in 1961 by Paul Schäfer, a German lay preacher, former soldier and convicted pedophile who fled the country to Chile after World War II.

Today, victims estimate that over the course of 30 years, more than 30,000 boys were raped at the remote commune hidden behind security fences. Schäfer brutally suppressed and controlled his followers, including brainwashing, draconic punishments and enforcing a vow of secrecy. Chilean military dictator Augusto Pinochet used the German commune, which was situated about 350 kilometers south of the capital Santiago, as a torture camp, and hid weapons and poison gas on the premises. 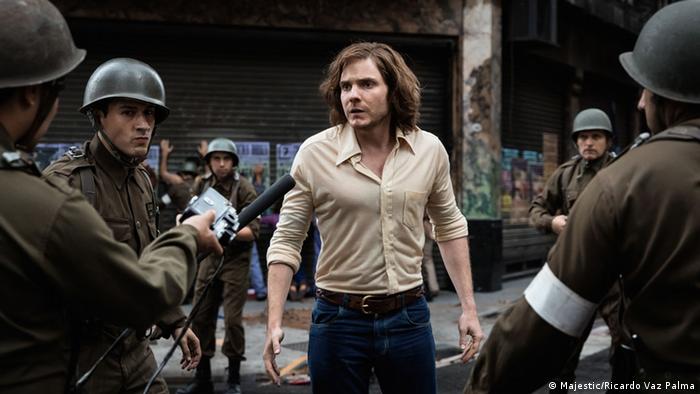 A scene from the film Colonia

One of the few who managed to extricate himself from the sect's grip doesn't like to be reminded of the role the German embassy played. "When I left the colony, I was wary of the foreign ministry," Wolfgang Kneese said, adding that Paul Schäfer's system involved people who profited from Colonia Dignidad, who went along with the sect's well-oiled apparatus of repression, and who looked the other way.

A feature film about Colonia Dignidad actually got the ball rolling.

"Colonia" by Florian Gallenberger aired in Germany last year after the director had put in five years of research. The film reminded the foreign ministry of this dark chapter of German diplomacy, Steinmeier said, adding that it goes to show how culture can "act as a trigger for politics." 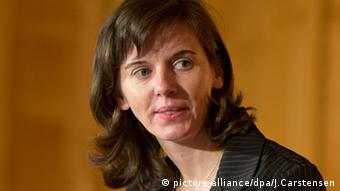 The commune is the only home Anna Schnellenberger ever knew

Anna Schnellenkamp still lives on the premises of the former colony. She was surprised at how well the film depicts Schäfer's harsh rule. "But in truth, it was much worse," she admitted.

Fleeing sex abuse charges by Chilean authorities, Schäfer disappeared in 1997. Almost eight years later, he was found hiding in Argentina, sent back to Chile and sentenced to 33 years in jail for sexual abuse of children. He died in 2010 in a Chilean prison. Meanwhile, life at the colony continued as before.

Today, the commune with its roughly 130 residents calls itself Villa Baviera and tries to attract tourists with Bavarian music and Oktoberfest events.

Many of the original followers stayed on, in part because "no one had documents, no one had money," Schellenkamp said, adding another reason: two out of three are older than 65 years of age. Many of Schäfer's victims feel like emotional cripples, Wolfgang Kneese says. Some hope the German government will grant them psychological support, others demand compensation.

It's time "the burden is taken from our shoulders," Schnellenkamp said.

Many victims find hard to bear the thought that perpetrators have gotten away. Hartmut Hopp, a former colony deputy, fled to Germany in 2011 to avoid imprisonment in Chile, where he was sentenced to five years in jail for child sex abuse in 2005. It's surprising that people, like Hopp, "continue to live freely in Germany," Wolfgang Kneese said. Hopp lives in the western German town of Krefeld, and it remains unclear whether Germany will enforce the Chilean verdict, start new proceedings, or simply put the matter aside. The latter is almost unbearable to many victims.

It's also not clear what will happen to the sect's isolated premises in Chile. Turn it into a memorial, urges film director Florian Gallenberger, who visited the area many times. They have some tourism, but that's all, the director argues. Perhaps an upcoming visit by German President Joachim Gauck to Chile will help resolve matters.

A court has sentenced two residents of a cagey German community in south Chile for their role in kidnapping 50 people in 1975. The 'Colonia Dignidad' community is known to have collaborated with Pinochet's regime. (20.10.2015)