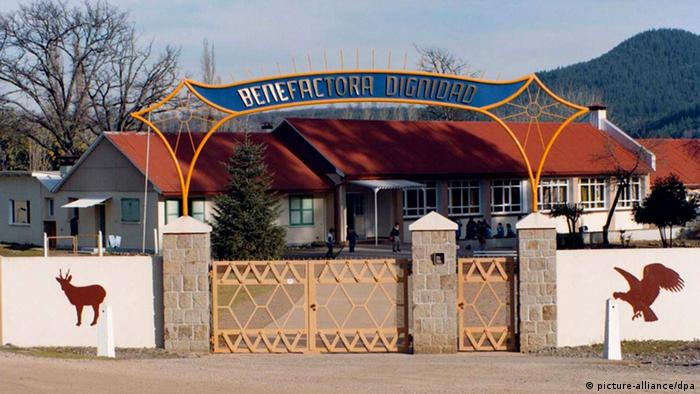 Although Paul Schäfer was the founder of Colonia Dignidad, an isolated settlement in Chile 400 kilometers south of Santiago, he wasn't the only one who made its creation possible. Established in 1961 by German emigrants with strong Nazi ties, the enclave, which became known for its widespread cases of torture and child abuse, had several supporters in Germany and Chile.

In his book "Colonia Dignidad" (1998), the journalist Gero Gemballa wrote that the media's portrayal of the settlement remained surprisingly factual - practically no exaggerations or creepy legends were added to the descriptions.

"Reality was probably hard to beat," he noted.

Through his research, Gemballa uncovered a network of German, Chilean and international secret services and economic interests. He claims that the settlement was involved in the torture and murder of opponents of the Pinochet regime. This complicity protected Colonia Dignidad (which translates as "dignity colony") from the Chilean state.

Now film director Florian Gallenberger has created a movie based on this dark chapter of history. The German film "Colonia" premieres at the 40th Toronto International Film Festival (held from September 10-20).

Paul Schäfer and his colleagues had political support in Germany, too. The conservative German party CSU was particularly impressed by the way the colony transposed Bavarian traditions in the distant Andes.

The local politician Wolfgang Vogelsgesang spent time in Colonia Dignidad between 1978 and 1982 and the former Bavarian Prime Minister Franz-Josef Strauss also went on a state visit to the settlement.

After the end of the military dictatorship in 1990, the government tried to dismantle the settlement. Former president Patricio Aylwin, who initiated the transition to democracy, said the 300-square- kilometer (115-square-mile) isolated settlement was a "state within the state."

In 1991, the government withdrew the colony's nonprofit status, through which it lost its tax privileges, and this formally put an end to the colony.

But in practice, the settlement still exists, even without its founders. Even after the arrest and conviction of Paul Schäfer, Gerhard Mücke, Kurt Schnellenkamp, and Gerd Seewald, there are still over 100 people living on the huge property.

In 2006, the remaining residents issued a public apology for their complicity in the atrocities committed there. Their letter, published in April 2006 in the Chilean press, declared: "We are to blame, as we did not taken action against the despotic leader of our settlement. We are to blame as people were detained illegally on our property, some of which were reportedly killed and their bodies disappeared."

Now the colony has opened its doors and even advertises to tourists. Now called "Villa Baviera," (Bavarian village), the residents are trying to start a new life. They aim to attract not only local visitors but also tourists from all over Latin America through their Alpine folklore and Bavarian traditions. 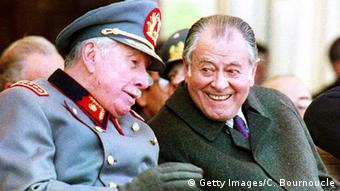 "The idea is to turn the Villa Baviera into a small German-Chilean village open to everyone," said Anna Schnellenkamp in a radio interview recently. The daughter of the arrested co-founder Kurt Schnellenkamp hopes to further develop the settlement through tourism and openness: "The Villa Baviera shall never be closed again, the way it used to be."

The Hotel Baviera opened in 2012. In the small town of Bulnes, the colony also operates a German restaurant. Anna Schnellenkamp plans to open a museum which would uncover the dark past of the Villa Baviera, but this project is still controversial among the residents.

Victims and their relatives are opposed to this form of tourism, saying that a visit to the former torture chamber of the Pinochet regime sugarcoated with Bavarian folklore ridicules their suffering.

Among the victims, the German- Chilean lawyer Winfried Hempel, who grew up in the colony and fled in 1997, particularly criticizes the tourism strategy promoted by Anna Schnellenkamp. He is filing a lawsuit against the Chilean and German governments.

Prosecutors have opened an investigation after a discovery of human bones on a Chilean riverside. The find relates to a German enclave linked with torture and killings during the dictatorship of Augusto Pinochet. (26.02.2014)

Paul Schaefer, the ex-Nazi corporal who tyranically ruled a Chilean cult community, died Saturday while serving a prison sentence for abusing children and taking part in the torture and murder of political prisioners. (24.04.2010)

Activists have demanded justice for victims of Pinochet's regime and closure of a special "luxury" prison for ex-officials. The South American country is still struggling to bring ex-officials to justice. (14.09.2015)