Disowned and forgotten: Russian soldiers in Ukraine | Europe| News and current affairs from around the continent | DW | 29.08.2014

A Russian parliamentarian and human rights observers are demanding Russia finally admit its own soldiers are fighting in Ukraine. The soldiers are risking their lives, they say, in an undeclared war. 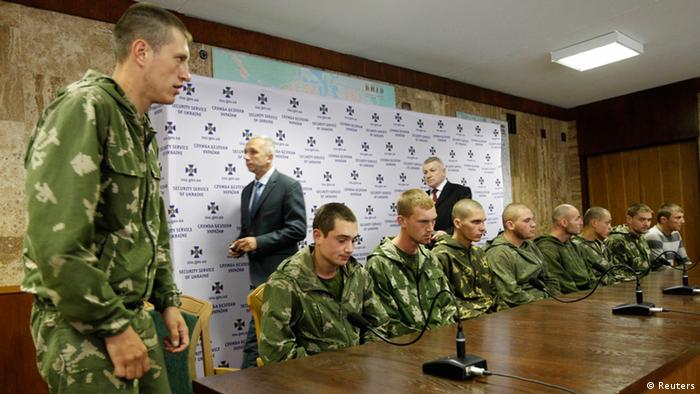 The official Russian version of events is as follows: In eastern Ukraine, the Ukrainian army is battling Ukrainian army rebels, the so called "people's militia." A civil war is taking place between the nation's own people.

Russian human rights observers, however, assume that Russian soldiers have long been involved in the war in eastern Ukraine. They are convinced that not only volunteers or mercenaries are fighting there, but regular Russian army soldiers. Many of them are in a tragic situation, risking their lives in a war that, according to their own country's account, isn't being led by Russia at all. 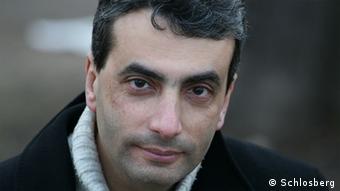 Parliamentarian Lev Schlosberg says the use of Russian troops is 'criminal'

Lev Schlosberg, representative of the deputy assembly for the Pskov district in northwest Russia, was the first to speak openly about secret burials of soldiers from the Pskov parachute division.

"The community must know what's really happening. To my great regret, the civil authorities as well as the defense ministry are not telling the truth," Schlosberg told DW. "There is enough evidence that regular Russian troops - disguised as units of the self-proclaimed republics of Donetsk and Luhansk - are taking part in the fighting in Ukraine."

Valentina Melnikova of the Union of the Committee of Soldiers' Mothers of Russia, an organization that works to exposes human rights violations committed by the Russian military, spoke of an exceptionally high numbers of troops.

"By my estimate, between 10,000 and 12,000 soldiers are taking part in the fighting in Ukraine," Melnikova said. "That is my estimate - only the defense minister knows the exact number. There are parachutists and infantry. We're not taking about mercenaries or volunteers, but regular soldiers."

The legal status of the Russian troops in Ukraine is also unexplained.

"There are units that were trained on Russian Federation territory. They are crossing illegally over the Ukrainian border and are taking part in combat actions," Schlosberg said. "It is known that the council of the Russian Federation authorized the implementation of Russian force outside its own territory at the personal request of Putin himself. Without this authorization, neither the commander nor the defense minister has the right to send soldiers into conflict in other countries. What is happening here is criminal activity."

Schlosberg finds it "terrible" that the families of parachutists who have landed in Ukraine were not informed of their use in this war. They are told the soldiers are taking part in regular troop exercises. The Pskov parachute division is supposedly ready to be deployed in many battles, in Afghanistan und Chechnya, but never as an illegal armed group, the representative said.

"The officers with whom I've spoken are outraged. They believe that the Russian leadership has betrayed the soldiers. It's a shame to send regular armed troops disguised as partisans to a foreign country, and then to deny those losses and bury the dead secretly." 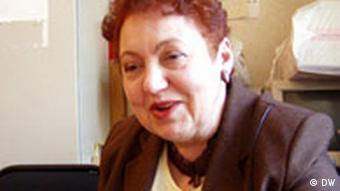 The mysterious burial of soldiers in the Pskov cemetery a few days ago alarmed human rights observers and members of the military. Shortly after the funeral, even the names of the victims and the wreaths from their army comrades were removed. While two cases of secret burial are known about, the figure is assumed to be higher.

Melnikova worries about the legal rights of Russian soldiers who've been taken prisoner in Ukraine. They are supposedly neither partisans nor saboteurs, neither mercenaries nor terrorists.

"Why should they not be treated as prisoners of war? They fight in uniform with their weapons and equipment under their regular commander. The Geneva conventions clearly lay out who qualifies as a combatant and who does not. Our soldiers have all the characteristics of combatants," Melnikova said.

What does Melnikova say about Putin's claims there are no Russian troops in Ukraine? Or that, even if there were troops there, they had become lost?

Western politicians and journalists would have to be pretty naive to believe such nonsense, the activist says.

"Putin has been the supreme commander of the Russian armed forces since 2000. If he really believed his parachutists were so clumsy, he'd need to send the entire army home." 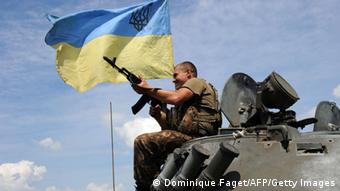 All Russian soldiers sent to Ukraine, Melnikova advises, should refuse orders and write complaints to their army command and to state prosecutors. It is illegal to invade a foreign country without an official order. The soldiers would be taking part in a war crime.

Melnikova hopes that a discussion will begin in Russia now. A shift in Russian attitudes could occur if the mothers of soldiers protest to bring their sons home, she says.

The growing belief that Russian troops are aiding separatists in Ukraine has lent added urgency to meetings of NATO and EU foreign ministers. The German government is now speaking of a "military intervention" by Moscow. (29.08.2014)

Russia's decision to wage war against Ukraine can no longer be denied. That forces Europe's hand and will lead to more sanctions, writes DW's Ingo Mannteufel. (29.08.2014)

At least 1,000 Russian troops have advanced into Ukraine, NATO has said. While the alliance wants to increase its military presence in the Baltic states, the EU is due to meet to discuss stepping up sanctions. (29.08.2014)