The Altmühl is the slowest flowing river in Bavaria, which is not to say that nothing goes on there. On the contrary, the Altmühl Valley is one of the most diverse regions in Germany. 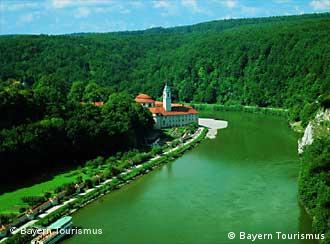 A jewel in Bavaria's crown

The Altmühl Valley, which is Germany's largest natural park, was created in 1969 with the aim of protecting a rich landscape of natural delights and picturesque little towns such as the regional capital, Eichstätt, dating back centuries. 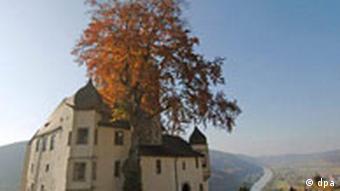 The region is dotted with old castles

For nature-lovers, the best way to get around is by foot or bicycle, and with 800 kilometers (500 miles) of idyllic bike tracks meandering through the region, there are many routes to choose from. The typical Altmühl landscape consists of lush forests and gently rolling hills, dotted with juniper bushes and clusters of rocks.

One bike tour passes through picturesque little towns and villages, including Essing which, set at the foot of high limestone cliffs, is one of the most popular images in the region. Also well worth a visit are Berching and Greding, which still have the look of medieval towns, and Beilngries, famous for its pitched roofs and baroque facades decorated with coats of arms.

Traces of times gone by

Perched high on the top of craggy rocks are formidable old castles which offer their visitors the chance to sample opulent banquets of ancient fare and try their hand at medieval games such as were once the pastime of knights. 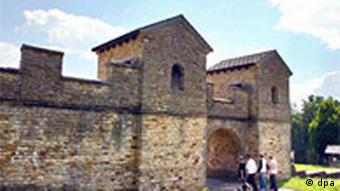 The Limes, the ultimate northern border in the Roman Empire

There are also signs of the Celts and the Romans. In fact the Roman Limes borderline runs right through the park and "Villa Rustica" in Möckenlohe gives an insight into country life during the Roman era. And for those who want even more from that chapter of history, the Roman museum in Weißenburg is full of treasures.

The oldest monastic brewery in the world

Water enthusiasts can cycle all the way along the Main-Danube canal from Kelheim in the south-east, to Berching in the north. The canal, which was completed in 1992, is so much a part of the landscape that it's hard to believe it's not a natural waterway. A boat trip down the canal passes the famous Weltenburg monastery, the oldest monastic brewery in the world. 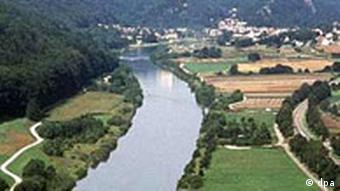 At the weekends, the thousands of tourists who make their way there not only have the chance to sample the eight beers brewed on the stunning baroque premises, but to take in the breath-taking view of the 35-meter (115-foot) high white cliffs through which the Danube River forced its way many millennia ago.

The crowning glory of a journey through the Altmühl Valley is a visit Eichstätt, home to Residenz Square, which one travel guide dubs the "most beautiful baroque place north of the Alps." With its mirrored walls and fine molding depicting tales of Greek mythology, the Residenz Palace itself is also worth a look. So, too, is the cathedral, with its beguiling 500-year-old stained glass window in the west cloister.

The Rhine is the longest river within Germany and is known for its beauty, with medieval castles and lovely wine villages along its banks. But it didn't used to be that way. For a long time, it was heavily polluted. (27.10.2006)

Neuenburg has the mood of a gold rush on Saturdays. That's when amateur treasure seekers wade into the Rhine River and pan for gold. With a little luck, they bring slivers of the precious metal home with them. (16.10.2006)

The world's largest beer festival got cancelled twice during the pandemic, but this year it's back! You think you know what it's all about? Test your knowledge with these five questions.