Adorable, or annoying? The tiny digital egg beeped in the pockets of millions of children all over the world. But the hype surrounding the little nuisance ended as quickly as it began. 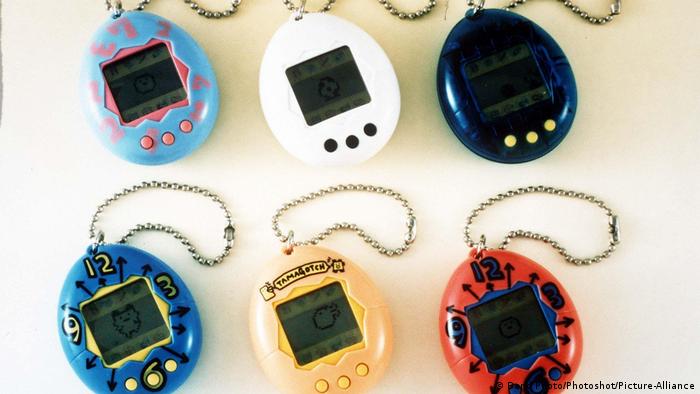 In the 1990s, a small handheld egg-shaped plastic toy with a display, three buttons and a chain delighted and enthralled people all over the world. The digital pet was a bit like a living being: It demanded attention virtually around the clock — if neglected, its health declined in no time at all and eventually it died.

Japanese game manufacturer Bandai released the Tamagotchi in 1996, naming it after the Japanese "tamago" (egg) and a reference to the English "watch."

A Bandai employee had the idea. She knew many children in Japan wanted a pet, but with the confines and hectic pace of everyday life in Japan, that was almost impossible. The idea for the digital pet was as ingenious as it was simple — and devilish. The little pixelated chick needed constant care, from birth to death. 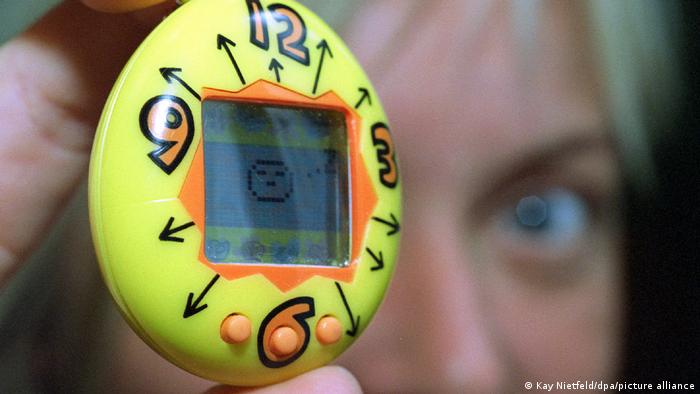 Tamagotchis were all the craze for months

The digital creature came to life as soon the clock was set. A small egg appeared on the display, hatching a digital animal that immediately needed the same attention as any human baby: food, play, new diapers, and a nap. A beep announced its needs.

The art of raising a Tamagotchi was to "educate" it so it would stick to times, be happy and thrive. But most of the time, the little pest had a mind of its own. If neglected or not treated well, it was a digital monster that turned night into day in many a child's room, before it finally died and vanished into the digital skies on angels' wings.

'Digital attack on the souls' of youngsters

Back then, the Tamagotchi had a life span of at the most 20 days, and according to Germany's Spiegel news magazine, that was enough to do quite some damage. "Irritated teachers, helpless parents, worried psychologists: The Japanese cyber-chick Tamagotchi captivates millions of children worldwide," the magazine wrote, adding that the "sneaky, needy inhabitant of the plastic egg is only the vanguard of a major digital attack on the souls of young people."

The little eggs were quickly banned from classrooms. "Colleagues have come up to me, put the eggs on my desk and said, 'They disrupt lessons so much, we don't know what to do anymore,'" an annoyed teacher told WDR TV broadcaster back then. 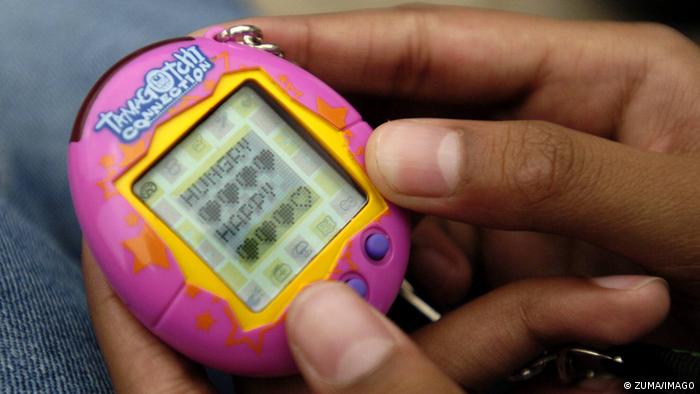 Hungry? Happy? The device needed a lot of attention

Other teachers addressed the topic in class, to the point of asking in religious studies class how friendship, love, death and grief can be applied to life with a Tamagotchi.

If a child could not take care of its plastic pet at school, parents had to babysit. After all, no one wanted to risk what unfortunately happened all too often — teachers would collect the Tamagotchis in the morning, but by the time they were returned to the kids, the digital creatures had expired.

Some people made money by taking over the care of several Tamagotchis. Adults, too, would feed it, clean up its little messes, and give it shots against diseases.

In Japan, Tamagotchis caused a furor as early as 1996. The toy was not eyed as suspiciously as it was in Germany; the Japanese seem to be more enthusiastic about technological developments.

On April 8, 1997, the very first Tamagotchis in Europe were sold at the Toys'R'us toy chain in London. On May 12, the digital creatures hit the shelves in German toy stores, where they sold for 30 deutschmarks (approximately €15, or $15.8). In no time at all, two million Tamagotchis had been bought in Germany.

Desperate parents soon formed self-help groups, cyber graveyards for the deceased darlings emerged, and an Oktoberfest special edition Tamagotchi, named Wiesn-Goscherl, was released. Heike Makatsch, an actress who was a TV presenter at the time, publicly confessed that the mere idea of the approaching death of her "Gotchi" was "completely destroying" her. The hype ended as quickly as it started.

By the end of 1997, the beeping was over. Tamagotchis were forgotten — until, in 2004, Bandai came out with a new version that could start its own family with other Tamagotchis using infrared interfaces. More versions with more play options and characters were released.

From 2012, owners could connect their Tamagotchi to a cell phone. 2017 saw a special edition for the toy's 20th birthday.

Today, Tamagotchis are cult, an unforgettable 1990s toy. It filled the gap between the Gameboy and the smartphone, presented to a generation that still knew analog devices and had no idea of what was ahead in the digital age that had just begun.

The most successful games often come from the US, Japan or Poland, but rarely from Germany. Why is that the case? And why aren't they recognized as art?

Sexism and the video games industry

New regulations in China will mean under-18s will only be allowed to play games online for three hours a week. Authorities have expressed concern over gaming’s impact on society.