Sexism and the video games industry 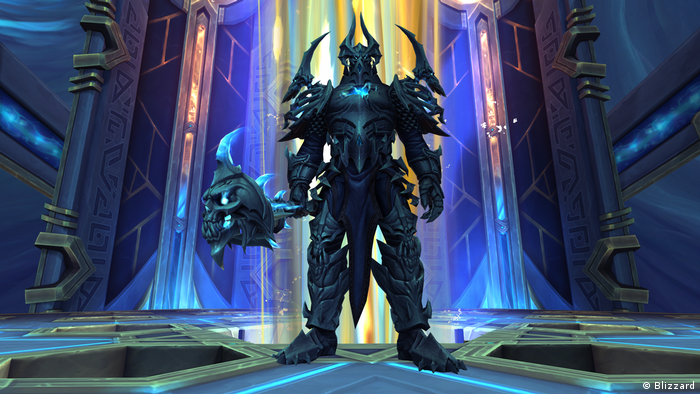 This summer, Activision Blizzard made headlines not for a great new game, but because the video game giant was charged with sexual harassment and discrimination against women by the California Occupational Safety and Health Administration.

The list of allegations is long: sexist comments and harassment in the workplace, rape jokes, unequal pay for men and women and poorer advancement opportunities for female employees. It was claimed that the company supported a "frat boy" culture.

The Californian authority had been investigating the company for two years before filing the lawsuit on July 20, 2021. Since then, hardly a week has gone by without news about the scandal at the US video game studio.

Activision Blizzard is the maker of games including World of Warcraft, Diablo and Overwatch and is one of the world's most successful gaming companies in terms of revenue.

According to the Wall Street Journal, Activision Blizzard CEO Bobby Kotick is said to have been aware of the misogynistic corporate culture for years, but did too little to improve the work environment. He is accused of not only covering up his company's systematic sexism, but also contributing to harassing women, discriminating against them or not taking them seriously.

In a petition, more than 1,300 employees now demand the removal of their boss.

"The detailed toxicity in this lawsuit is just another example of a chronic problem that we face as an industry," Renee Gittens, executive director of the International Game Developers Association (IGDA), told DW in a written statement. The US-based non-profit organization has been advocating for computer game industry workers since its founding in 1994.

"It is heartbreaking to witness how many people have suffered at the hands of abusers within our industry and to recognize how many more continue to bear their pain in silence." 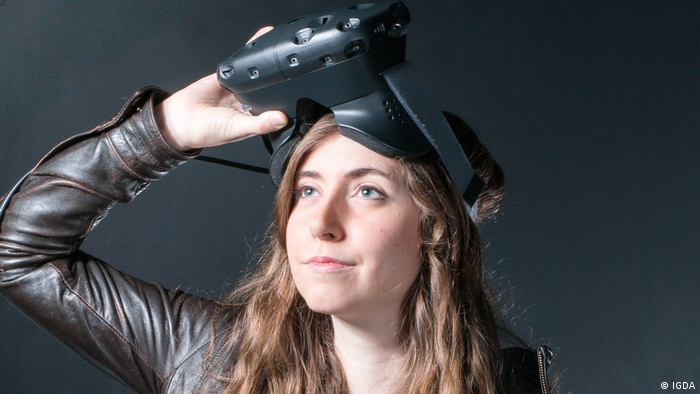 Blizzard is a prominent case, but far not the only one. Allegations of sexual misconduct at Ubisoft, another major player in the industry, made headlines last year.

Macho culture in the workplace

Recurring accusations raise the question whether there are structural reasons that encourage such behavior. Significantly more men than women work in most games companies.

In addition, a macho culture, sometimes referred to as "bro culture" or "frat boy culture," prevailed in the accused companies for years. Management tolerated the behavior, swept cases of harassment under the carpet while the staff in question never had to fear consequences.

Most people think employees are harassed because of the bro culture or because there are so many men, says Annelie Biernat, Switchcraft  Game Director at German game developer Wooga. "I work with lots of men and I don't think that's true."

Biernat told DW that it depends on how the company is run, adding that it's about empowering people to speak up regardless of their gender. Transparency must be ensured and consequences must follow, she argued.

The code of conduct explicitly prohibits all forms of harassment and discrimination, Biernat said, adding employees are offered courses on unconscious discrimination because it is not immediately clear to everyone why someone feels disadvantaged in a certain situation. She said she appreciates the open culture of debate that has become established at Wooga.

With about 300 employees, Berlin-based Wooga is one of the smaller game companies. It develops story-driven casual games including "June's Journey" and "Switchcraft."

The company has managed to diversify within five years. Just a few years ago, the ratio of men to women was 80/20; today, it's about 60/40. "We believe that when we have a diverse workforce, it's a better community, a better environment. It creates a better work place," Wooga's CEO Nai Chang told DW. Diverse teams "will create better products that resonate with our audiences," he added. 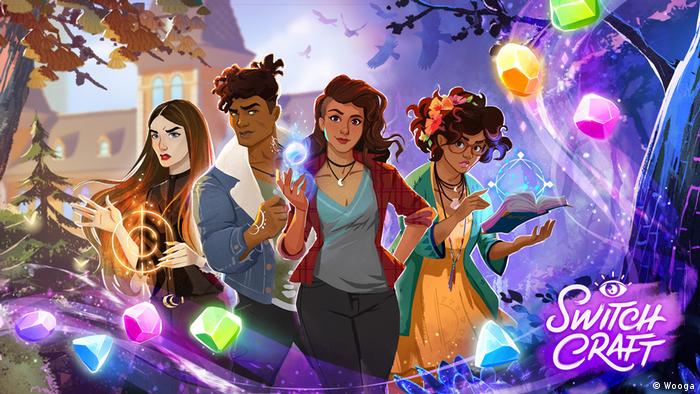 The game, the team of creators: 'Switchcraft' is big on diversity

Everyone benefits from a diverse workforce, he argued — the people who work in the games industry and the people who play the games. "You create empathy, you create perspective and it becomes much easier to know that people are different," the CEO said, adding that game companies are changing "because you're not going to create the best products that meet the needs of different audiences without deep knowledge and insight."

Representation of women, queer people, or people of color in games has become an important issue. It makes sense that those who are to be represented should be involved in creating games in order to tell credible, authentic stories.

'We need more women in our industry'

Such games could in turn encourage female and male players to pursue careers in the games industry.

"We need more women and minorities in our industry and we must ensure that our industry is safe for them to thrive," said Renee Gittens. "A team that is diverse and inclusive will tackle problems more effectively and create content that will be enjoyed by a wider audience. Diversity of thought, creativity, and experience makes teams more effective and creative."

The Activision Blizzard scandal shines a light on the dark side of the games industry. The good news is that we seem to have reached a turning point. Employees are demanding a healthy corporate culture, harassment and discrimination are being reported, problematic employees are being fired, and game characters named after them are being renamed.

"We are now reaching a point where those who have suffered feel empowered to come forward without having to sacrifice their careers," Gittens said.

The fact that harassment is now being talked about is a big step forward, she said. Whether the games industry has actually been able to transform and create better working conditions remains to be seen. But for the time being, it has made a start.

Women must be allowed to compete in a 500-year-old annual contest to catch the biggest trout in a stream running through a small Bavarian town, judges have ruled.