The most successful games often come from the US, Japan or Poland, but rarely from Germany. Why is that the case? And why aren't they recognized as art?

German cars are renowned worldwide; video games, not that much. Yet both industries are under the responsibility of the same Federal Ministry of Transport and Digital Infrastructure.

Even though the gaming market in Germany generated impressive sales of €8.5 billion ($ 9.9 billion) in 2020, the share of games developed domestically is more than moderate — most recently, it was less than 5%.

About 10,000 people worked for German game developers and publishers in 2020.

The German games industry hardly plays a role on the international scene — for structural and political reasons, according to Olaf Zimmermann, executive director of the German Cultural Council. 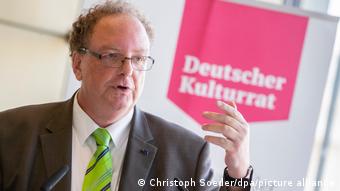 "The computer games market is an international market, also for developers. But we have very big hurdles for workers from non-EU countries," Zimmermann told DW. International teams are more likely to get together elsewhere, he said, adding that ultimately it doesn't matter where a game is developed.

But funding matters. The German games industry has received some funding at the federal and state level, through its affiliation with the Federal Ministry of Transport and Digital Infrastructure.

"This is an unusual approach, which has been very obstructive in integrating these funding structures into larger programs," Zimmermann said. "Computer games are clearly cultural assets," he argued, adding that the culture sector should be responsible for funding computer games.

Just over 10 years ago, German policymakers regarded violent computer games as a trigger for actual acts of violence, and they were often mentioned in the same breath as computer game addiction.

"We had a lot of debates, and they were often far more emotional and rudimentary than in some other countries," Zimmermann said, adding that this was, however, a thing of the past.

The computer games sector needs to be valorized like a regular culture sector, Zimmermann said. "Developers are artists, in my opinion. But very few say that about themselves." Yet seeing oneself as an artist would lead to more autonomy, to more self-confidence in developing one's own ideas. And not least to less dependence on publishers, the producers of games, who take care of financing, advertising and distribution, but who can also influence the content of the game itself. 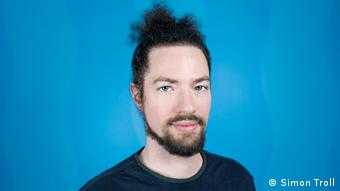 Munich-based studio Mimimi Games is among those having received federal funding, for their latest project with the working title Sweet Potato. "The funding already makes a very big difference," studio founder Dominik Abe told DW. For the first time, the studio will handle the distribution, he added. No one is telling us what to do, he said, "and the financial gain is of course completely different." The extra money is earmarked for new employees.

Around 30 to 40 employees now work at Mimimi Games. The funding supports the studio in creating more ambitious games. "Otherwise, we would have had very strong restrictions and would have had to think smaller. Now we can take the risk of trying out some ideas," said Abe. That is also necessary, because the competition is fierce.

"If a game is good, you can sell it if you're lucky. But if it looks 100% super, and its mechanics and story are amazing, then a game really has a chance of standing out."

The Munich studio seems to have found ways of standing out: Mimimi Games was named the best German studio at the German Computer Games Awards. Their most recently published game, Desperados III, was voted Game of the Year. It was additionally nominated at the Game Awards, one of the most important international prizes for video games.

So, how do you make games that will become international hits?

It is very difficult to predict what will work in the end, said Abe. The quality has to be right, but sometimes luck comes into play, for example when game players just happen to be eager to play that type of game at that moment — and trends are constantly changing. 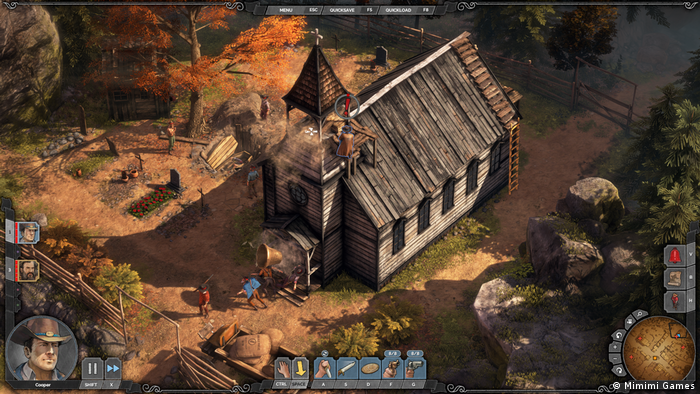 It has fans around the world: 'Desperados II' by Mimimi Games

In the case of Desperados III, a real-time tactical game with a story set in the Wild West, factors contributing to its success are accessibility, game depth, wit and an appealing look that was well received not only in Germany, but also in the US and China.

"We want to make successful games and we want a game to sell. But we also say: We want to express ourselves and highlight topics in the story in our own way, because we want to share our views," says Dominik Abe, who was also the creative director of Desperados III. "We see ourselves as part of the cultural scene."

Abe estimates that at least 50% of their work is artistic, citing, for example, the music they compose for the game, the characters they create and the stories they write for their games.

Germany as a developers' location: advantages and disadvantages

Mimimi Games has been growing with every new release. But the studio is far from being a so-called AAA company, a label used to categorize games produced and distributed by mid-sized and major publishers. "What is still missing in Germany are very large AAA studios that bring out big games internationally," says Abe, "I think this boost is needed. That would attract more game developers."

Germany has also attracted skilled workers in the branch with its good working conditions and health care system, in other words, its high quality of life.

But on the other hand, as Abe points out, "Germany is rather expensive for employers. A lot of large studios are founded in Eastern Europe because production is cheaper there overall."

The market for mobile and browser games is by far the strongest in terms of sales in Germany. Three of the four largest game developer studios in Germany focus on developing such games.

But what about major video games, could they be made in Germany too?

Big titles like Grand Theft Auto V are comparable to Hollywood blockbusters, and Olaf Zimmermann doesn't realistically see such games being developed in Germany in the near future.

He rather sees potential elsewhere: "I could imagine artistically demanding computer games as an exciting, central niche for Germany," said Zimmermann.

But here too, reasonable funding is required, because making computer games is expensive. "If you want to play internationally, it costs money. And not just once. You have to be willing to support a computer game designer over a longer period of time, for example, so that such products can really be artistically developed. That's where I see the greatest opportunity."

From timber to timbre: Violin-makers sound out Germany

The eastern German town of Brandenburg hosted an international workshop for violin-makers. It took a Canadian living and working there to stage the event, which sounded promising right from the start.

For children of the early 1990s, the Game Boy was what Rock’n’Roll was for their parents 40 years earlier. The small original handheld celebrates 25 years of existence. And it’s still running.

Video games company Electronic Arts says hackers managed to steal some of the source code to its popular football game FIFA 21, as well as the Frostbite engine underpinning several titles.

A glimpse into the esports scene