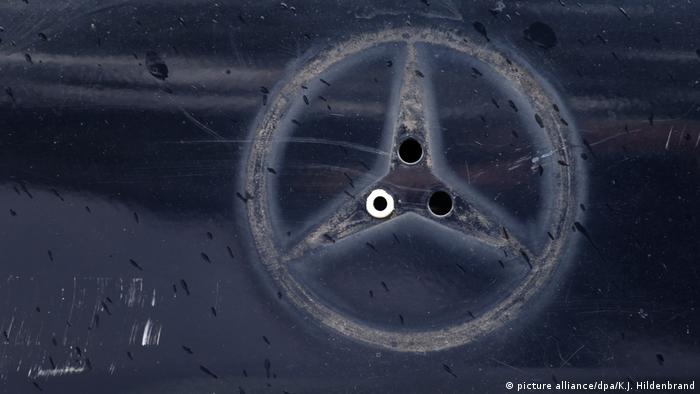 A German consumer group announced Wednesday that it had opened a class action lawsuit over the Dieselgate emissions scandal in Stuttgart, where Mercedes manufacturer Daimler is headquartered.

The case stems from a recall launched by Germany's Federal Motor Transport Authority (KBA) on hundreds of thousands of diesel vehicles made by Daimler. The vehicles required retrofitting of their exhaust technology. Many believe that the car maker used illegal cheat devices to pass emissions tests, similar to its rival Volkswagen.

"Despite official recalls, Daimler continues to this day to dispute that it deliberately manipulated exhaust emission figures," said Klaus Müller, the head of the Federation of German Consumer Organizations. The activists believe a win against Daimler would help Mercedes owners claim damages.

The lawsuit pertains to 50,000 SUV models of the GLC and GLK series in particular, though 250,000 vehicles in total were involved in the recall.

Daimler said on Wednesday that it considered the claims "unfounded" and would continue to fight them. It said that the lawsuit could, however, serve to "clear up important legal issues more efficiently, something we welcome in principle."

Class-action lawsuits were introduced in Germany as a legal instrument only relatively recently, at the end of 2018, partly in the wake of the Dieselgate scandal. They aim to give consumers more power when lodging a complaint against large corporations, as that complaint is made by an association rather than an individual.

Class-action proceedings on the German and EU model do not in themselves result in compensation for consumers, but the latter can refer to a resulting verdict in making their own individual claims.

To avoid such a class-action lawsuit, Volkswagen Group agreed in April 2020 to pay damages to 235,000 car owners in Germany.