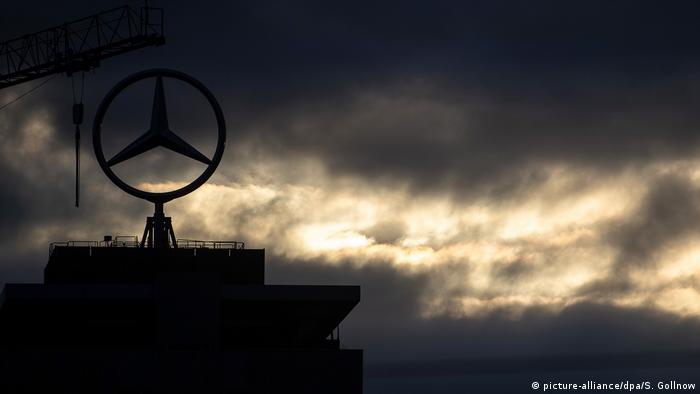 German carmaker Daimler on Thursday said it had "reached an agreement in principle" with the US authorities to settle civil and environmental claims over emissions violations.

Under the terms of the deal, Daimler will pay $1.5 billion (€1.27 billion) to US authorities, plus another $700 million to settle a consumer class lawsuit. The Stuttgart-based company, which owns the Mercedes brand, said that "further expenses of a mid three-digit-million'' euros would be needed to fulfill requirements of the settlements.

Read more: Germany's carmakers in for a bumpy ride ahead

The legal dispute stems from exhaust emissions in around 250,000 Daimler diesel cars and vans that had prompted action from California state environmental and judicial authorities, the US Department of Justice and Customs enforcement.

The settlements had already been backed by the Daimler AG and Mercedes-Benz AG supervisory boards, but were awaiting approval from US authorities.

Like other carmakers caught up in the "dieselgate" scandal, Daimler was accused of hiding the fact that it used illegal software in its diesel vehicles to cheat emissions tests, thereby advertising better emissions than the vehicles actually produced.

US: Passengers killed after train derails in Missouri 28.06.2022

The Amtrak train derailed after it hit a truck at a railroad crossing. At least six helicopters arrived at the scene to airlift passengers to hospital.