Did coronavirus really originate in a Chinese laboratory? | World | Breaking news and perspectives from around the globe | DW | 18.04.2020

Did coronavirus really originate in a Chinese laboratory?

Did the novel coronavirus escape from a Chinese lab that researches bats? Though the early origins of the virus remain unclear, some Chinese scientists' work is helping develop a vaccine. DW examines the facts. 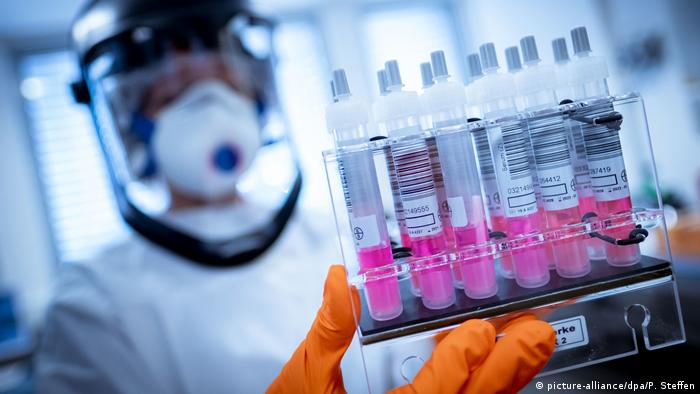 Researchers and journalists have been speculating for months about how the new coronavirus, SARS-CoV-2, emerged in the city of Wuhan, China. Initial indications pointed to a so-called wet market where fish was sold along with wild animals.

Now, however, Western media outlets are reporting that the virus possibly originated in the nearby Wuhan Institute of Virology.

Similar theories began making the rounds on social media sites as early as January, mostly in connection to conspiracy theories referencing secret Chinese military labs developing bioweapons. At the time, The Washington Post newspaper brushed off theories that the virus was manmade, citing experts who assessed that its characteristics pointed to a naturally occurring virus and not a manmade mutation.

That assessment was confirmed by a team of researchers led by Kristian G. Andersen, who published a finding stating as much in the March 17 edition of the journal Nature Medicine.

Another factor that would seem to corroborate that assessment is the fact that the lab's work is not secret, and that much of its research on various bat viruses has been published in professional journals. Western partners have also been involved in a number of research projects conducted in Wuhan. One of those partners was the University of Texas' Galveston National Laboratory. Britain's Daily Mail newspaper has reported that the US government also provided financial support for research at the lab in Wuhan.

Pandemic: Women on the front line

Where did the first infection come from?

But despite all these indications to the contrary, it can't be said for certain that the pandemic didn't accidentally enter the world via the Wuhan lab.

As early as the end of January, the magazine Science published an article questioning the official theory that the virus had been transmitted from an animal to a human at the wet market. And another study published in the medical journal The Lancet concluded that 13 of the first 41 people diagnosed with COVID-19 had no contact whatsoever to the Wuhan market.

Moreover, it is likely that "patient zero" — the first person to have the disease — was infected as early as November 2019. Thus, the earliest cases had no connection to the market, as Daniel Lucey, a professor for infectious diseases at Georgetown University Medical Center in the US, told Science Speaks in an interview in late January. 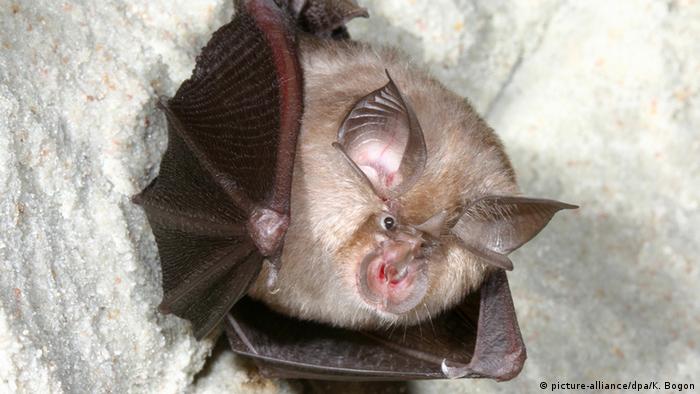 Are researchers to blame?

But how did the virus make its way to the Wuhan market? Shi Zhengli, a professor of virology at the Wuhan Institute who published findings on bat viruses in a February issue of Nature, may have the answer. In a story on the professor that ran in the South China Morning Post newspaper on February 6, she told of how she had traveled to caves across 28 different Chinese provinces to collect bat feces.

As was also reported in magazines like Scientific American, she used those samples to create a comprehensive archive of bat viruses. In early 2019, she and her colleagues published an extensive study on bat coronaviruses. The report noted that the horseshoe bat was a vector for coronavirus strains similar to the one that would later appear in Wuhan.

It was her team's work that made it possible to sequence and publish the virus' genome so quickly, presenting a historically unprecedented opportunity for speedily coming up with a vaccine.

Still, over the past several weeks Shi Zhengli has been relentlessly attacked on social media sites in Asia and around the world. That has prompted a public defense from her New York-based research partner Peter Daszak, the head of the EcoHealth Alliance, an NGO focused on scientific research and pandemic prevention.

Speaking with the US public radio program Democracy Now!, Daszak said the theory that the virus found its way out of the Wuhan lab was "pure baloney." He said he had personally worked with the lab for 15 years and that it does not store SARS-CoV-2 viruses on its premises.

"It's really a politicization of the origins of a pandemic, and it's really unfortunate," he said of stories implying any connection between the lab and the outbreak.

It is notable, however, that the Chinese government recently began censoring stories dealing with those origins. When confronted with the accusations printed in the Daily Mail, the Chinese Embassy in London reacted angrily, calling them "groundless." The embassy also released a statement saying that research aimed at finding the origins of COVID-19 was still underway.

Will the financial fallout from COVID-19 make European infrastructure vulnerable to the Chinese government's checkbook? Some experts warn that Europe is already in precarious straits. Teri Schultz reports from Brussels. (17.04.2020)