President Emmanuel Macron's plans for tax cuts, higher pensions and reform of the civil service have failed to satisfy yellow vest protesters. Thousands took to the streets on Saturday. 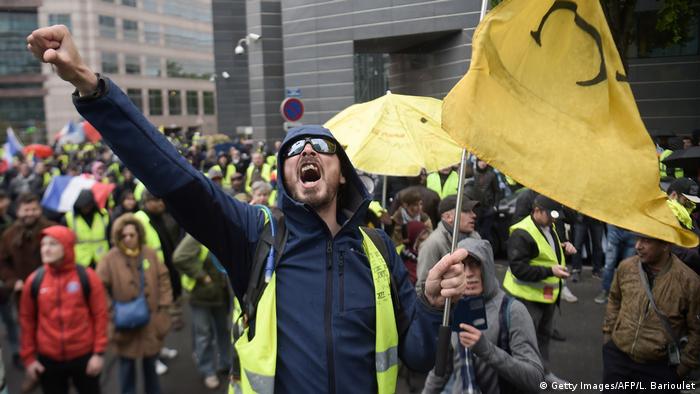 Protests for the 24th consecutive weekend by yellow vest (gilet jaune) demonstrators have centered on Paris and Strasbourg, part-time home to the European Parliament, just a month before European elections.

By the afternoon, the interior ministry said about 5,500 people had taken to the streets across France. Of these, some 2,600 were in Paris. According to police in Paris, 8,920 preventive checks were carried out in the capital and 11 arrests were made.

Coming just two days after President Emmanuel Macron spent two hours at the Elysee Palace in Paris explaining his plans for improving living standards, including € 5 billion ($5.5 billion) in tax cuts and improved pensions, among other measures, the protests were being seen as an indicator of approval, or otherwise.

About 2,000 demonstrators gathered in the eastern city of Strasbourg for what they described as a "national and international demonstration," which attracted some participants from just over the border in Germany. While the main rally was peaceful, some masked individuals dressed in black set fire to containers on the streets near the European Union parliamentary buildings. 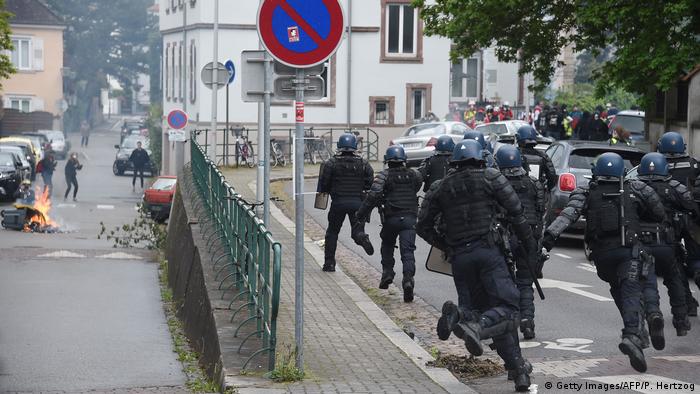 Police were quick to respond in Strasbourg

Rallies in the capital were called by the yellow vests and by the country's second-largest trade union federation, the CGT, behind the banner: "Facing a global attack, a general response."

As during previous protests, police were out in force to restrict their movements. Another yellow vest rally in the capital targeted media outlets in protest at their treatment of the movement. 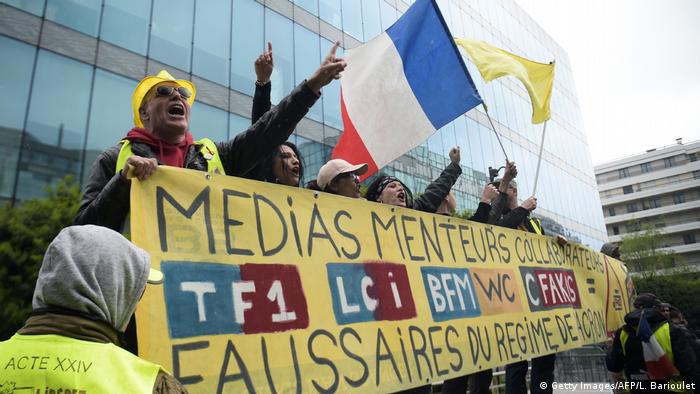 Local authorities had taken similar measures to prevent demonstrators from reaching the center of Toulouse in the southwest, Lille in the north, Rennes in the west and Rouen in the northwest of the country.

A number of participants in previous rallies have said they are preparing for a major demonstration next Wednesday, May 1, a traditional day of labor protest across Europe.

When Europeans head to the polls next month to elect a new Parliament, most will vote based on whom they oppose rather than whom they support, according to a new study. Extremist, populist parties stand to benefit. (26.04.2019)