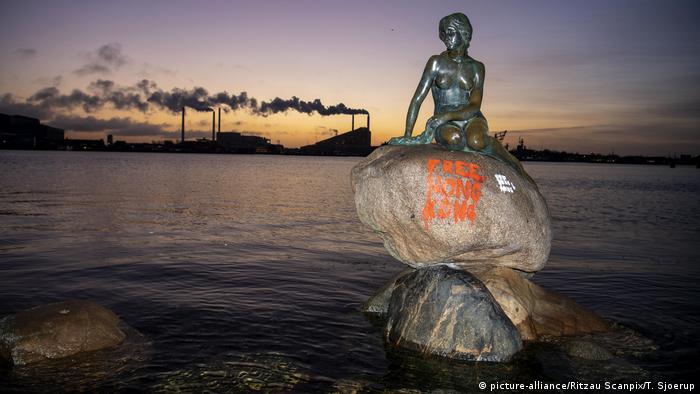 Police in Copenhagen were hunting for clues on Monday after unknown suspects sprayed pro-Hong Kong graffiti on the city's famous "The Little Mermaid" statue.

Overnight, the phrase "Free Hong Kong" appeared in red paint on the rock that the bronze mermaid statue sits on. The same phrase was painted in white next to the red text.

Authorities scoured the area for evidence using flashlights and a dog after the vandalism was reported. So far, no suspects have been detained. 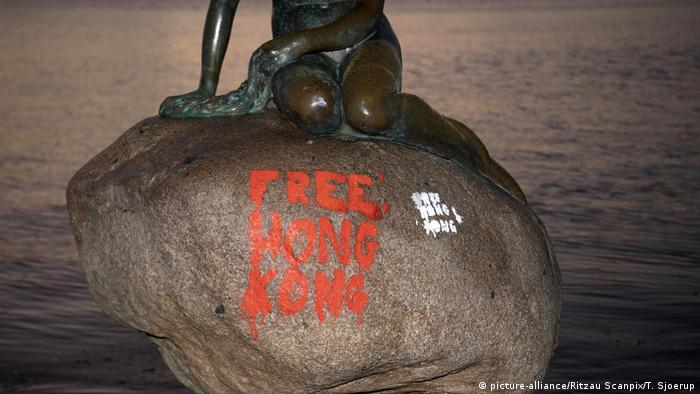 The 107-year-old sculpture, which sits on a rock at the entrance to the Copenhagen harbor, was created in tribute to the 19th century Danish author Hans Christian Andersen.

Over one million tourists visit the Little Mermaid statue every year and it is particularly beloved by visitors from Asia.

Hong Kong has been rocked by months of pro-democracy protests against Chinese rule.

The statue has been frequently targeted by vandals and activists in the past, some of whom have thrown paint on her, pushed her off her perch and decapitated her twice.