Denmark has granted permission for the Russian Nord Stream 2 natural gas pipeline to be contructed across Danish seabed in the Baltic Sea, leading to Germany. The project's near completion comes despite US criticism. 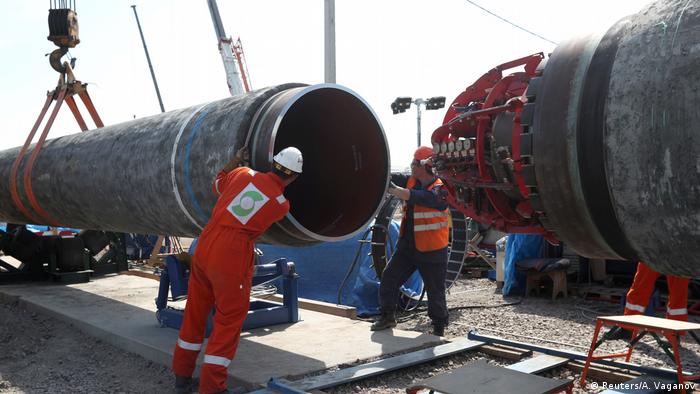 Denmark's Energy Agency announced on Wednesday that it had granted Nord Stream 2, owned by Russia's Gazprom, a permit to lay the pipeline across seabed southeast of Denmark's island of Bornholm.

Read more: Builder forges ahead despite US threat

Nord Stream 2, based in Zug, Switzerland, said "preparatory works" for the Danish segment — spanning 147 kilometers — "will start in the coming weeks."

Wednesday's Danish announcement is likely to rile the US, which in the past has firmly opposed the project, with President Donald Trump asserting it would increase European reliance on Russia gas.

Washington, keen to see US liquefied natural gas sold to Europe, in recent months threatened sanctions against companies involved in the project.

In its statement Wednesday, the Danish Energy Agency (DEA) said Denmark was "obliged to allow the construction of transit pipelines" under the UN Convention on the Law of the Sea.

In early October, Russian President Vladimir Putin said even if Denmark were to block the pipeline's transit the project would still be completed by re-routing that segment.

The pipeline itself is a Gazprom project but half of its 8 billion euro ($8.9 billion) funding comes from five European energy and chemicals companies: Shell, BASF, Uniper and Wintershall and ENGIE

A left-wing party that supports Denmarks minority Social Democratic Party government, the Red-Green Alliance, said the DEA's decision was "disastrous for the climate and the European energy policy."

Alliance member Mai Villadsen said: "It makes no sense to approve a huge new gas pipeline without assessing the consequences for the climate."

The Nord Stream 2 pipeline largely follows the route of the existing Nord Stream conduit and is set to double Russian gas throughput across the Baltic to Europe.

The company argues that its gas will substitute for coal in Europe's energy-mix and provide a back-up for renewable sources such as wind and solar power.