Cleaning denim′s reputation, one pair of jeans at a time | Environment | All topics from climate change to conservation | DW | 13.04.2021 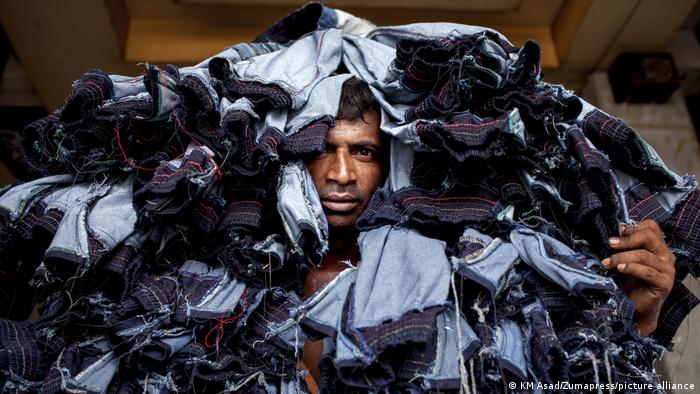 Every time you buy a new pair of jeans, it's like turning on your shower and letting the water run down the drain for 21 hours.

That's because growing cotton — the fabric used to make denim — requires vast quantities of water. A pair of jeans, for example, needs up to  10,000 liters of water  to be made.

The Aral Sea, once the fourth largest inland lake in the world, has largely dried up, in part due to intensive cotton farming in Central Asia for use in the EU.

Staggeringly, there are around two billion pairs of jeans being bought each year. But it was not always this way.

Back in the 1850s, when denim was exported to the US from the French town of Nimes, hence the name "de Nimes," it was seen as a sturdy fabric for miners. It wasn't until over 100 years later that jeans found their way into the counterculture and then the mainstream.

Now the industry has become part of the environment crisis, and understanding how denim got here is crucial to cleaning it up. 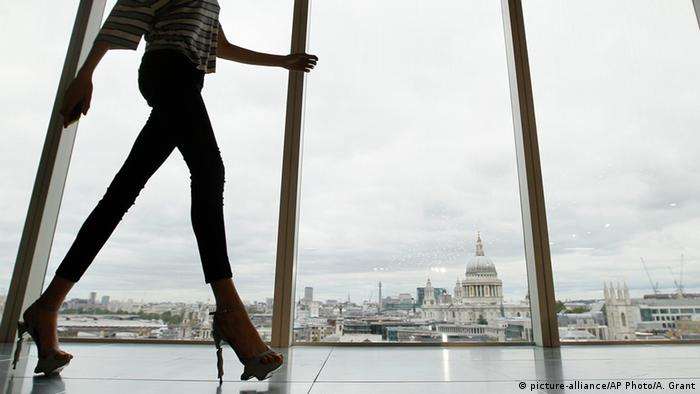 Smart or casual, the denim industry is expected to grow despite the Covid-19 global recession

Denim doesn't just use a lot of water, it's a damaging pollutant too.

Levi's estimates that a pair of their jeans emits 33.4 kg (73 pounds) of CO2 into the atmosphere, the equivalent of driving more than 1,000 kilometers (620 miles) in a car. That's largely because denim is produced in countries like China and India where coal is the main source for electricity.

Denim's trademark blue color is mostly achieved by using a synthetic indigo dye that's linked with toxic chemicals such as cyanide, known for its use as a poison. To avoid paying for wastewater treatment, companies dump these chemicals into rivers. A study from 2019 found textile dyes from factories in Bangladesh in crops grown nearby. 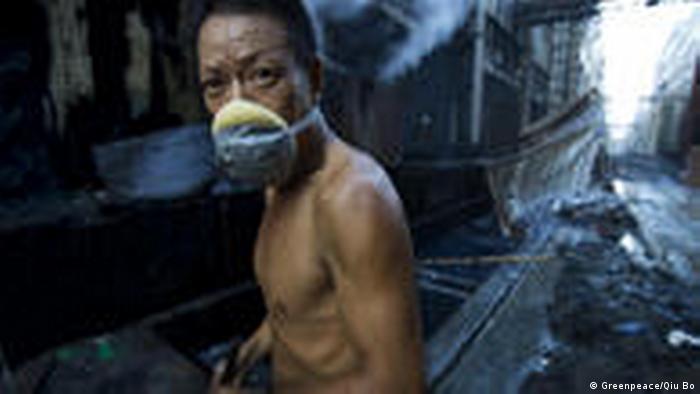 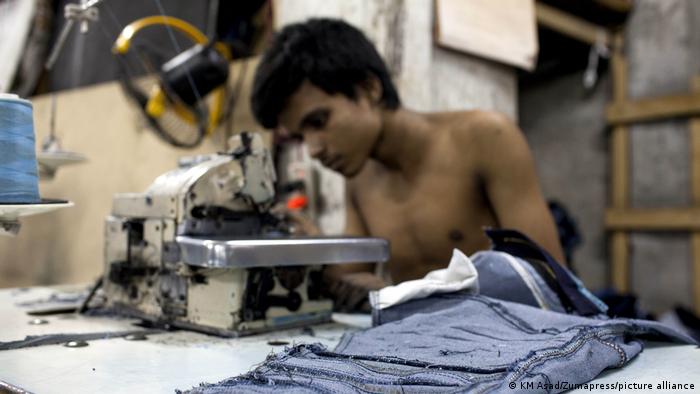 Working in a denim factory can also be fatal. Take sandblasting for example. This method uses high pressure hoses to spray sand against denim to create a worn look that has become popular with consumers. For workers who inhale the small particles of sand, the process can cause a deadly lung disease called silicosis.

At just 15, Bego Demir worked in a denim sandblasting factory in Turkey where he knew over 120 people who died from silicosis.

"After 8 years of working in sandblasting, half of my lungs don't work anymore," he told DW.

Demir, who coordinates Clean Clothes Campaign (CCC) in Turkey helping to outlaw sandblasting there in 2009, now wants to expose the process that replaced it — the use of potassium permanganate.

"Brands are waiting for workers to lose their life before they act. In the sandblasting factories they reacted the same way. Only after a lot of workers lost their life, did the brands act," Demir said.

Feeding denim's intense supply-and-demand culture has resulted in widespread overproduction and, on average, consumers in the US, for example, now own seven pairs of jeans. In 2017, the industry was valued at $56.1 billion (€47.5 billion) and it's expected to grow throughout the COVID-19 global recession. Trade flows mainly from east to west and growth is focused in the Asia-Pacific region.

Bangladesh, for example, is now the leading denim exporter to Europe and the third biggest to the US. Since opening in 2007, Ha-Meem denim in the Bangladeshi capital of Dhaka has grown six times, making the equivalent of 4,000 km of denim a month for stores in the US and Europe — that's almost the same distance as between New York City and Los Angeles.

"We make denim for fashion brands all the way down to the grocers like Tesco and Lidl," Ravindra Shah, General Manager at Ha-Meem denim told DW.  "We are catering to all. What product they need, we provide." 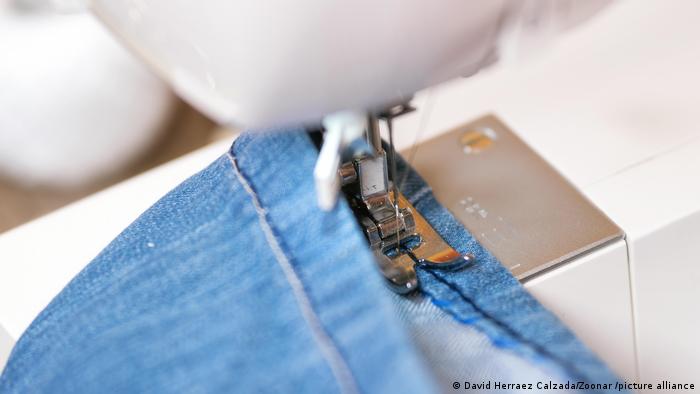 Elasticated stretchy jeans have worsened the environmental impacts of denim

Satisfying global demand has driven the denim industry to expand the use of cheap, stretchy jeans. These are made by weaving cotton with petrol-based elastic fibers that are hard to recycle and non-biodegradable, worsening the environmental impact of denim.

Some 90% of the denim made at the Ha-Meem's factory is with stretch fabrics because "necessity is the mother of invention," Shah told DW, emphasizing how consumer choices are so important in influencing the direction of the industry.

But attitudes might be changing. In 2020, a poll conducted by US consultancy agency McKinsey & Company asked shoppers in the UK and Germany whether the COVID-19 pandemic had changed their relationship with fashion. The results showed that 67% now considered sustainable materials an important factor when purchasing new clothes.

Some brands are responding by investing in alternative denims. For example, Tencell™— a biodegradable fabric made from the cellulose of wood pulp taken from trees grown in sustainably managed forests — has contracts with popular denim brands such as Levi's, Closed and Kings of Indigo.

Candiani, a company based near Milan, Italy, has created a stretch denim from natural rubber called Coreva™, which is capable of biodegrading in six months without releasing toxins into the soil. Candiani's website calls it "a game-changer for the denim industry" because "it contributes to an end of life solution." 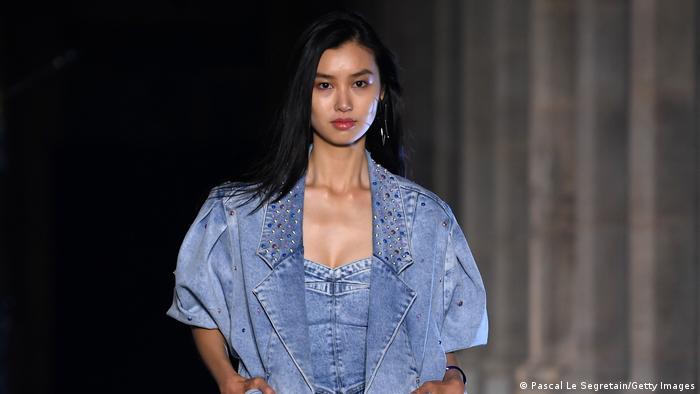 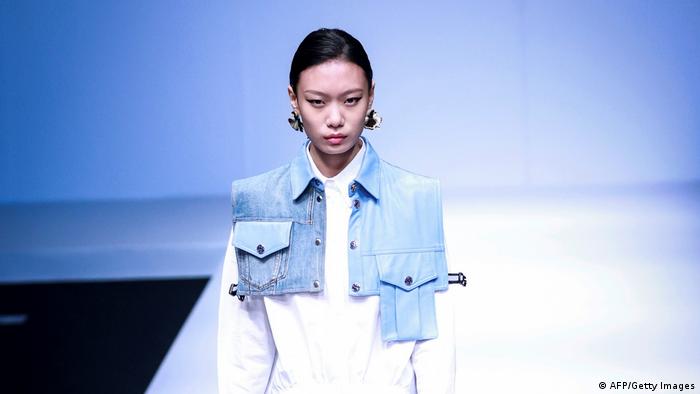 "The whole idea of biodegrading cotton is a waste. Take, make, use and chuck," James Veenhoff, co-founder of The House of Denim, a non-profit organization that supports a circular economy for denim, told DW.

Doing Your Bit: The circular economy of old jeans

Getting back to denim's roots

Like the rest of the textile industry, the cost of mass-producing denim is no longer a secret and the industry is now becoming a melting pot of solutions.

"We are over the phase of talking," Dalia Benefatto, a long-time promoter of sustainable fashion and consultant at REMOkey, a sustainability awareness organization, told DW. "The journey has already started."

Benefatto believes that denim must rediscover its purpose. To do that, consumers need to understand its history as a workwear item turned counterculture statement.

"In the 1980s, the market pushed the consumer to be the rebel. And it's time that we revolt again. We should start branding it and make the consumer feel like an environmental hero, like a new rebel for a greener cause."